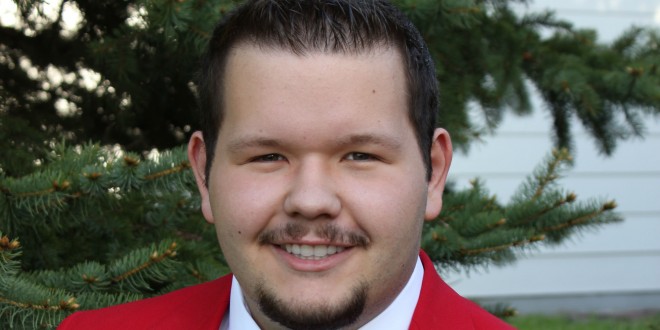 Faulkton student has made a splash already. What happens after graduation?

Kyle Ortmeier has had one heck of a year.

His senior year has been busy enough, but he went and made himself busier by becoming FCCLA state president for this past school year. On top of that, he’s been a member of the Youth Advisory Board for the Alliance for the Healthier Generation, a role that has taken him to various locations all around the U.S. and got him onstage sharing a podium with former President Bill Clinton. Add to that being featured in an upcoming documentary, and that makes for one whirlwind year.

“It all went by too quickly,” he said. “Pretty soon school will be out and I have to face the thing they call real life. I really enjoyed my work this year with FCCLA. Who’d of thought back when I was a 7th grader and took my first classes with Mrs. M. (Nikki Melius) that I’d go this far with it. She had a way of making everything seem easy, knows just what to say to get the most out of her students. I don’t want to brag here, but this year’s state convention was about as smooth as I can ever remember it being. Everything we did was done on time or early, and that was because of everybody who worked so hard with me to make it go that way. By the end of it, we all knew each other so well we were like family. I almost don’t want to graduate because I want to go to nationals in Tennessee with our group, almost. I guess it’s just one of those things that you don’t know how great it really is until it’s over.”

Ortmeier said the same thing about his experiences with the Alliance for a Healthier Generation.

“FCCLA and the Alliance have certainly changed me,” he said. “I’ve learned and earned confidence I could have never had without them. I’ve visited six major cities across the U.S., spoken on stage with a former U.S. President and definitely broadened my horizons.”

Ortmeier said that after graduation he plans to attend the University of Pittsburg Pennsylvania.

“Honestly, I don’t know what I’m going to do,” he said. “I plan to do new things and try new things. I guess I’m just willing to go out there and try it, as long as it isn’t illegal. When it’s all said and done, I want the best for me and my community and everyone and everything in it.”