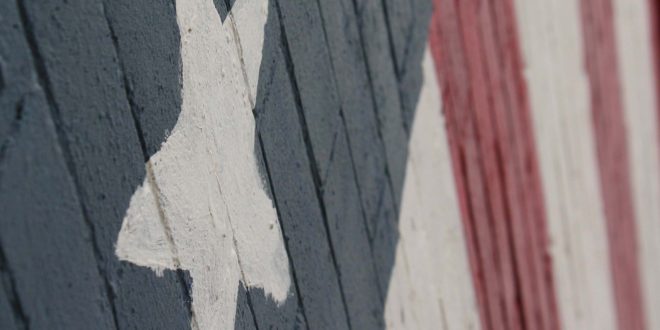 American flag paintings such as this one along Highway 281 in Redfield, S.D., showcase the pride the community and its school have in each other, as well as the nation. Read more about the unique things happening in Redfield in the town's community feature in the September/October editions of Dakotafire and Spark magazines. photo by Wendy Royston/Dakotafire Media

Redfield, S.D., to be featured in September/October edition

Congratulations to Margo Furman Nelson of Florence, S.D., on successfully guessing the location of Dakotafire’s September/October Community MysteryPix contest! The next editions of Dakotafire magazine and the first edition of Spark magazine will feature Redfield, S.D. Our next Community MysteryPix contest will be held in November. Until then, stay alert to the details in your community, because you never know when something you pass by on a daily basis might be featured, earning you some cool rural swag, and the opportunity to brag about the beauty in your everyday surroundings!

The Wednesday of homecoming week is Pride Day for the Redfield, S.D., Pheasants—a day when approximately 265 junior and senior high schoolers set out to make the town of 2,333 just a little bit better.

“It’s about giving back,” said Rob Lewis, Redfield junior/senior high school principal. “Our community gives so much to our school. … (Pride Day is) a way for our kids to give back to our community and to the people who support them.”

Since the terrorist attacks on New York City, the Pentagon and Pennsylvania on Sept. 11, 2001, Pride Day has taken on extra meaning. As of 2002, the Redfield High School senior class has been charged with a special task each Pride Day: painting an American Flag on the outside of a local building and signing it with their graduation year.

“It started as a patriotic gesture toward what happened with the terrorist attacks, but we continue to do it because it refurbishes (the) town (and) it’s a patriotic spirit,” Lewis said.

The project has special meaning to the community, which was home to a National Guard unit until 2013.

Sept. 14, the 41 members of the Redfield Class of 2017 will splash red and white barn paints and blue exterior paint on the outside of Redfield Feed Service on the east side of town.

Other Pride Day projects over the years have included painting the spillway at Have-A-Rest Park, cleaning ditches, pulling weeds, beautifying the city park and fairgrounds, custodial work at the school, and odd jobs at the local nursing home. 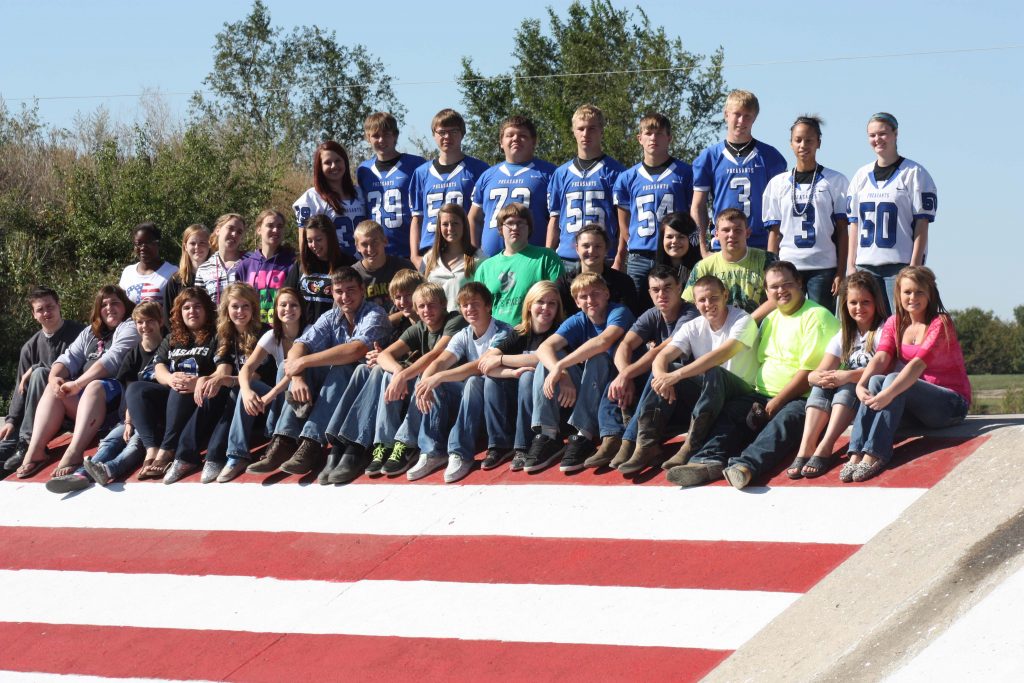 Painting the spillway near Have-A-Rest Park with a fresh American flag once was a routine Pride Day project in Redfield, S.D. In response to the terrorist attacks of Sept. 11, 2001, the project took to more visible locations–the exteriors of local businesses–with the exception of a few years ago, when a drier year made it possible for the RHS Class of 2013 to go back to painting the flag at the spillway. submitted photo

Read about this and other stories of hope for the future in the September/October editions Spark magazines! Dakotafire will be available next week, and Spark will be coming soon.