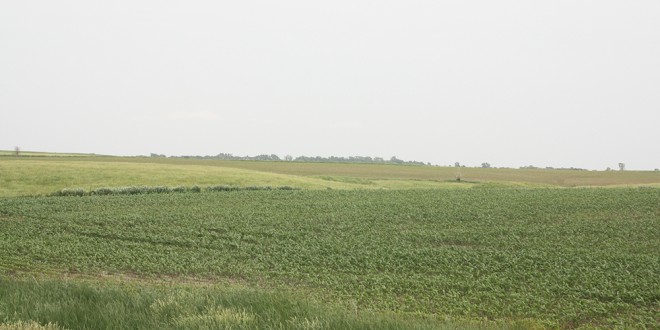 Founding father Thomas Jefferson wanted the new United States of America to be a nation based on agriculture.

“It is not too soon to provide by every possible means that as few as possible shall be without a little portion of land,” he wrote to James Madison in 1785. “The small landholders are the most precious part of a state.” 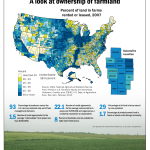 A look at ownership of farmland. Click on the image for a larger version.

Today, the “cultivators of the earth,” as Jefferson referred to farmers, and the landholders are often not the same people. According to 2007 USDA data, just over a third of farmland nationwide is rented or leased. The percentage of rented land is highest in the heart of the Corn Belt, with more than half of farmland rented in many counties in Iowa and Illinois. The numbers for most Dakotafire counties are somewhat lower, ranging from 40 to 49 percent, which is still higher than the national average.

Does it matter who owns the land?

It might, according to the results of several recent surveys and studies, which suggest that land owned by the person who farms it can be better for local communities, and may be more likely to have in place conservation measures, than land that is rented. 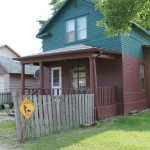 The fact that the number of U.S. farmers has dropped dramatically for the second half of this century (farmers now make up less than 1 percent of the U.S. population) and the increased interest from investment groups in land after the recent recession might lead to the assumption that much of rented land is owned by people in far-off cities. That’s not actually the case—at least, not yet.

The more important story may lie in the trend line, which suggests that more land being owned by people who do not live close to it, even if the percentage is not very high now. Michael Duffy, professor of economics at Iowa State University, regularly oversees a survey of land ownership in Iowa, where his most recent survey shows that 79 percent of farmland is owned by full-time Iowa residents. That is down from 1982, when 94 percent of land was owned by full-time Iowa residents—a 15 percent drop.

Little of that change is due to sales. “Looking at who’s buying land, most of the (sales) are Iowa to Iowa,” Duffy said. Instead, the change is the result of inheritance, when the next generation inheriting land no longer lives in the state.

Duffy said the Iowa trends likely hold true for much of the Corn Belt, including some counties in the eastern Dakotas.

Studies of the amount of wealth that is set to go from one generation to the next suggest the trend of increasingly distant landowners is likely to continue. The transfer of wealth data for the Dakotas, which is the focus of the latest issue of Dakotafire magazine,  shows that the older a county’s population is, the faster that county’s wealth is leaving the county. The fact that the county has a higher average age shows that a significant share of the next generation no longer lives in the county—and when the wealth that the older generation has accumulated passes to the next generation, ownership of a lot of land will quietly leave the area.

The amount of wealth that will change hands in the Dakotas in the next 50 years is massive, in the hundreds of billions of dollars. For many rural counties, a significant share of that transfer is happening right now—a little bit with every funeral. (See the summer issue of Dakotafire for more information.)

The effect of absentee ownership on communities

Who owns the land does matter for rural communities, argues Jess Gilbert, rural sociologist in the Department of Community and Environmental Sociology at the University of Wisconsin-Madison.

“Despite all the modernizing and industrialization of agriculture and everything else, land ownership is still a very powerful thing in rural America,” said Gilbert, who has studied the importance of land ownership for minority populations in the U.S. “It still determines who has the power and resources. Economic, obviously, but also political and social, in many cases.”

Having distant decision-makers for land is similar to having a Wal-Mart in town instead of a small business, Gilbert said: They often don’t have local interests in mind.

Duffy pointed out, though, that much of the profit made from that land left the area in the form of a check to the landowner, who is likely to spend the check in the place where he or she lives, and not in a community near the land.

“So there is some economic impact if the asset is owned by somebody that doesn’t live there,” Duffy said. “What’s the degree of that impact? That depends on the individual.”

A survey landowners and tenants in the western Dakotas and eastern Montana and Wyoming found a disparity between what landowners say that they want and what tenants think that they want. When landowners were asked to rank the importance of certain criteria in their leasing agreements, 46 percent said maximizing profit was somewhat or very important to them. Landowners indicated developing a good relationship with a tenant and the tenant’s conservation practices were much more important to them, with 96 percent and 82 percent, respectively, saying those goals were somewhat or very important.

Some tenants, however, saw their landowners as having different priorities. When asked whether they agreed with the statement that absentee or non-local landowners “are more interested in maximizing returns than developing a long-term relationship with a client,” about 58 percent disagreed, either somewhat or strongly. If the landowners and tenants were on the same page in terms of priorities, that percentage should have been closer to the 96 percent of landowners who said a good relationship with their tenants was most important to them.

It’s possible that some landowners and tenants weren’t communicating as well as they could, or perhaps landowners’ goals of other priorities remained good intentions.

Absentee landownership is also connected to the trend of fewer farmers working more land, as Stan Thompson, Farm Service Agency manager in Britton, S.D., points out. “Absentee land ownership will affect our communities because it means that we have that many less families,” Thompson said. “Large family farms aren’t so much family farms anymore either. There are way more large operations than small, and government payments seem to favor the larger operations. The bigger you are, the better it is.”

When the only interaction that a landowner has with the land is the check he or she receives twice a year, it is perhaps not surprising that money is often how he or she evaluates whether it’s been a good year. If landowners see their land infrequently or not at all, they are deriving little to no value from the beauty of the place, according to an NRCS employee from Clark County. “The aesthetics of the land will be less appreciated,” the employee said. “There is a tendency to make the land more productive.”

Studies have borne out that observation. Landowners who don’t operate the farm are less likely than owner-operators to participate in conservation programs, according to a report from the Economic Research Service (“Trends in U.S. Farmland Values and Ownership,” February 2012).

In terms of short-term conservation measures such as conservation tillage, there is little difference between land owned by an owner-operator versus a landlord, according to Duffy. But conservation practices that require an investment that pays off over time, such as grassed waterways or terraces, are less likely to be done by a tenant, Duffy said.

“They aren’t going to make a capital investment if they can’t recover those costs,” he said.

The shorter the lease term, the higher the risk for the tenant in investing in the land, since they would lose more if the lease was broken.

“Landlords (need to) realize, if I rent for $300 an acre, and then ask the person to take 8-10 acres out of production, who is going to pay for that?” Duffy said. “Who is going to pay for … decreased farmability of some of the ground? Those aren’t insurmountable problems, but we don’t talk about them as much as we should.”

The importance of good communication could help with many of these issues: Those who hold conservation as a priority need to communicate with both landowners and tenants, and help to ensure that the cost of conservation measures is borne fairly by both parties. Leases can be written in a way that spells this out, Duffy said.

One factor does motivate many landowners to consider conservation measures: Landowners who hunt or otherwise use the land for recreation often think beyond production agriculture in how they use their land.

“If an absentee landowner inherited that land from the family they may just go on with the same family farming practices,” said Wanda Franzen, Marshall County Conservation district manager. “But I think oftentimes when an absentee landowner purchases a piece of land that doesn’t have a family connection they want a place to come back to hunt or even to just enjoy nature.  They will often plant trees or do things to develop wildlife habitat.”

Duffy said the ownership of the land is something we need to watch, which is why Iowa does a survey on land ownership every five years.

“My concern is that the ground is being taken care of,” Duffy said. “Right now, I think the higher corn prices go, the less attention is being paid to conservation. To the extent that absentees influence that, then we need to be careful.”