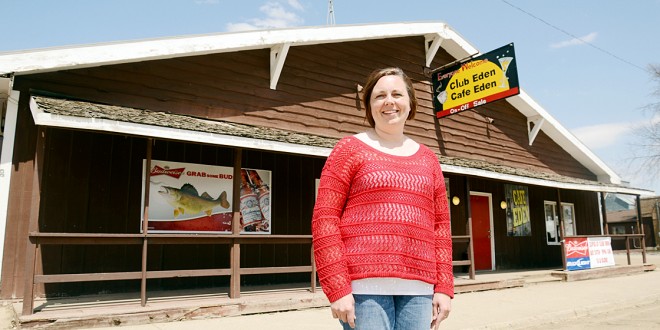 Communities Mind Their Own Business. (Somebody’s Got To.)

By Chris Cumo and Amanda Fanger

Businesses in rural communities are succeeding with alternative ownership methods

People Still Gather at the Galley, Thanks to Local Investors 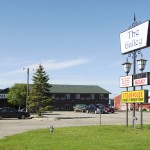 At Dakota Foundry, Employees Are Also the Bosses 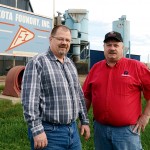 TRYING TO SAVE their jobs were Doug Valsvig and Josh Bartos of Dakota Foundry, Inc. The company’s investors are also it’s employees — something that causes people to look for inefficiencies while on the job, thus saving the company money. Bartos is also one of nine shareholders in The Galley in Webster. Photo by Amanda Fanger 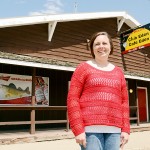 Lake Grocery Takes a Step Up Under Community Group 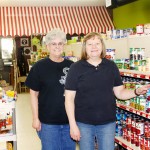 Lake Grocery manager Deb Holmstrom, right, and employee Dede Dylla are pictured next to the canned food section. The store has been under the ownership of Willow Lake Area Advancement for three years.

Sometimes being rural means coloring outside the lines to paint your own picture of success.

In a number of rural communities in the Dakotas and elsewhere, people have responded to a business in crisis by leaving behind the traditional business structure to take care of business in their own way. The key difference is getting the investment of many people, such as employees or community members, instead of just a few.

Some of these alternative business models have a long history in the Dakotas. Many pioneers formed cooperatives to share farm equipment, and many utility companies started as cooperatives. Many still are. South Dakota was home to America’s first electric cooperative, according to Michael McCurry, rural sociologist at South Dakota State University.

Early cooperatives were often formed to increase the power of a group in the marketplace. In rural places today, groups typically pursue alternative ownership models when a more traditional business won’t work in that community.

“Community-owned businesses… most often emerge to fit a particular need, so in that sense they are very beneficial,” says Meredith Redlin, professor of rural sociology at South Dakota State University. Often, that need would not otherwise be met.

Not an Easy Path

They do, however, often face challenges. The fact that these businesses are often formed after a traditional business fails suggests that rural markets have inherent challenges with declining populations, McCurry said. With limited numbers of customers, and with many aging customers on fixed incomes, management must decide which items to stock, their prices and the business’ hours of operation.

Redlin said that because community-owned businesses tend to be small, they often cannot buy in bulk. Consequently, the cost of items is high.

“However, given that many of these businesses have larger social benefit to the community than their privately owned counterparts, they also have to face more challenges due to local expectations for quality and variety of goods and services and establishing a comfortable environment for sometimes diverse community members to use and enjoy,” Redlin said.

One challenge that community- or employee-owned businesses face is that sustained support is needed. If the community provides startup capital but little else, the fledgling business may not survive. Residents must be willing to shop locally and often pay higher prices, Muske said.

Another challenge is that hiring enough quality employees can be difficult in a rural place. Management decisions can be more challenging when many voices have equal weight. And like businesses everywhere, they often are competing globally with Internet businesses.

The statistics about the success of cooperative models send mixed messages, according to Bill Patrie, executive director of Community Enterprises Development Corporation in North Dakota. Between 1990 and 2006 Patrie participated in the startup of 104 “development projects.” Only 30 of these crystallized into community-owned businesses that remained viable as of 2009. Patrie estimates, however, that in North Dakota half of all community-owned businesses survive whereas only 35 percent of traditional businesses are extant.

Patrie stresses that humans are innately cooperative, a trait that fosters the creation and growth of community-owned businesses.

And these businesses are not only built on social bonds, they also help to build up better social networks in the community. They create space for people to meet, renewing and strengthening connections, according to Redlin. In this way, they are beneficial to the community even if don’t achieve great financial success.

In the Dakotafire region, a number of businesses have tried alternative ownership models—and not all of them have succeeded. But, as the examples that follow show, success is possible. And where these businesses do succeed, the communities share in the businesses’ accomplishments.