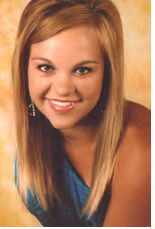 By her assigned, empty seat during graduation was a video camera. It recorded the entire ceremony for her to view later as if she were there.

Highway Patrolman Frank Krumm reported that Heitmann was northbound on the road when she lost control of the vehicle. Heitmann was thrown from the 2001 Oldsmobile, after it went into the east ditch, vaulted a fence and rolled several times.

Heitmann was taken to the Faulkton Area Medical Center and shortly thereafter, due to the severity of her injuries, airlifted to Sioux Falls.

The crash is still being investigated by the Faulk County Sheriff’s Department and the S.D. Highway Patrol.

She has since returned home and is expected to make a full recovery.