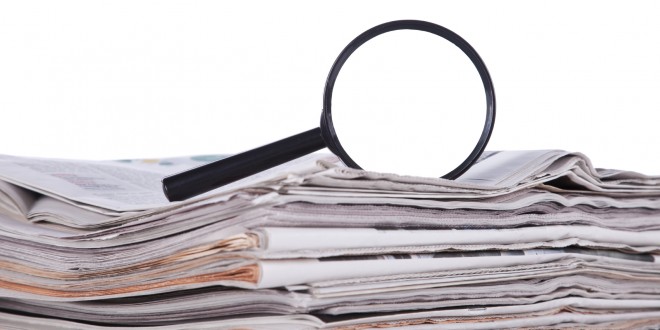 FiredUp: Should the future of journalism include advocacy?

In his Monday column, Bill Keller, columnist and former executive editor of the New York Times, had an interesting conversation with Glenn Greenwald, the journalist who shared Edward Snowden’s revelations about the National Security Agency with the world. The two would probably agree that both of them are in pursuit of truth, but they disagree strongly about the rules journalists should live by in pursuit of that truth.

Keller is a product of the dominant news environment of the last few decades, in which journalists set objectivity as an ideal. Keller admitted that they have regularly fallen short of this ideal (the NYT‘s reporting in the lead-up to the Iraq War as a prime example), but that because objectivity is the standard, the system works better at getting to the kind of truth that is beneficial to the public than it would without that standard:

“Journalists in this tradition have plenty of opinions, but by setting them aside to follow the facts — as a judge in court is supposed to set aside prejudices to follow the law and the evidence — they can often produce results that are more substantial and more credible.”

Greenwald argues that adherence to this standard of objectivity, which is actually a fairly recent development in the history of news, can actually bend the argument away from truth to false equivalency:

“A journalist who is petrified of appearing to express any opinions will often steer clear of declarative sentences about what is true, opting instead for a cowardly and unhelpful ‘here’s-what-both-sides-say-and-I-won’t-resolve-the-conflicts’ formulation. That rewards dishonesty on the part of political and corporate officials who know they can rely on ‘objective’ reporters to amplify their falsehoods without challenge (i.e., reporting is reduced to ‘X says Y’ rather than ‘X says Y and that’s false’).”

This sometimes-barbed discussion about the future of journalism (it’s long, but well worth the read) is relevant to our approach with Dakotafire. We do have a point of view: As an early editorial pointed out, Dakotafire’s perspective is “pro-community.” We also try to approach topics from a systems-thinking perspective, recognizing that very little in this world happens without affecting the system around it, whether for good or for ill.

Does this perspective make us more likely to ignore other perspectives? Maybe. We’re probably not going to do stories that focus on individuals’ rights, at least as those rights are viewed in isolation.

I am OK with that. For one thing, we are not aiming to be the region’s only source of news; there are other news outlets that present a variety of different viewpoints, including many (such as our newspaper partners) that have set objectivity as an ideal. Also, I think human nature often pulls our thinking toward individual rights (especially our own), and if Dakotafire can get people thinking more about community and larger systems, we are providing a balance to that intrinsic viewpoint.

“The thing is, once you have publicly declared your ‘subjective assumptions and political values,’ it’s human nature to want to defend them, and it becomes tempting to omit or minimize facts, or frame the argument, in ways that support your declared viewpoint. And some readers, knowing that you write from the left or right, will view your reporting with justified suspicion.”

We are absolutely “framing the argument”; our tagline, after all, is “sparking rural revival,” so our stories have that as a focus. But if our work is to have any meaningful effect, we need all players involved in the conversation—and if people start to feel that their concerns are given short shrift, they are apt to assume it’s not for them.

So I hope that when Dakotafire is showing its “pro-community” side, it is doing so by asking questions instead of answering them. Ideally, readers will see our stories as the starting points for conversation rather than as final conclusions. And we always aim for our stories to be rooted in quality, in-depth reporting.

We will likely fall short of these goals sometimes, and if so, I hope readers speak up to keep us accountable.

Readers, you are welcome to continue the conversation below!