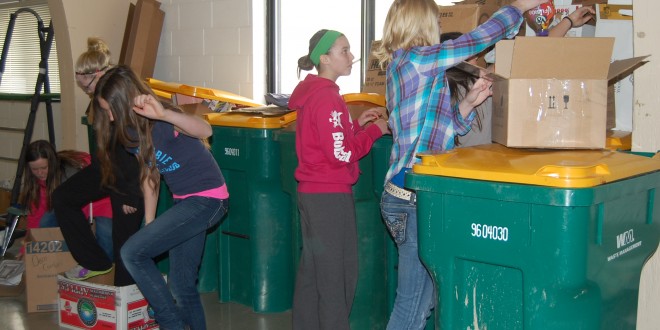 Small Town of Gwinner Supports Recycling in a Big Way 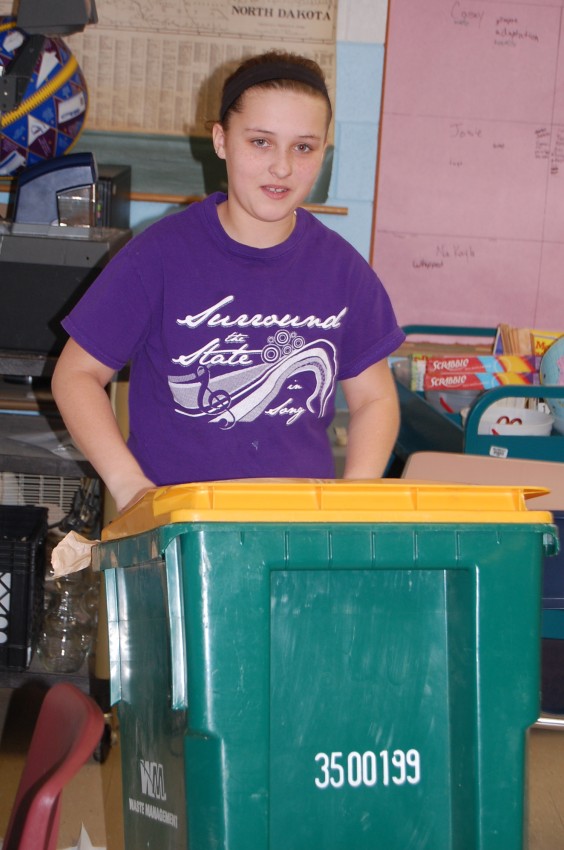 The program started with a conversation between Kirstin Kempel, sixth-grade teacher at North Sargeant Elementary School, and her friend Jennifer Hansana, who works at Dakota Landfill/Waste Management in Gwinner. They realized that they had the resources to do recycling in Gwinner, if they could get people to support the effort.

They knew that the community had not supported community-wide recycling previously, so they focused their efforts on just the school first. With Kempel spearheading the effort on the side of the school, and Hansana managing the effort from Waste Management, the school project got off the ground. People started to realize it wasn’t much more effort than putting the items in the trash.

“Waste Management’s recycling is really handy— everything goes in the same container,” Kempel said. When the discussion about community-wide recycling came up again, they had a significant part of the community already used to recycling, Kempel said— including the children, who had already adopted the habit as second nature, and wanted to recycle at home like they were at school.

Recycling advocates had several open discussions where they discussed the potential benefits of recycling, and listened to what people thought would be the drawbacks. A lot of the drawbacks turned out to be misinformation, Kempel said.

“Some silly concerns were, ‘Oh, it’s going to stink,’” she said. She said they explained that with a little rinsing of the food containers before putting them into the bins, there’s no odor.

Since the community does have to pay for the service (as a fee on their bill of services from the city), it came down to convincing people it was worth the cost.