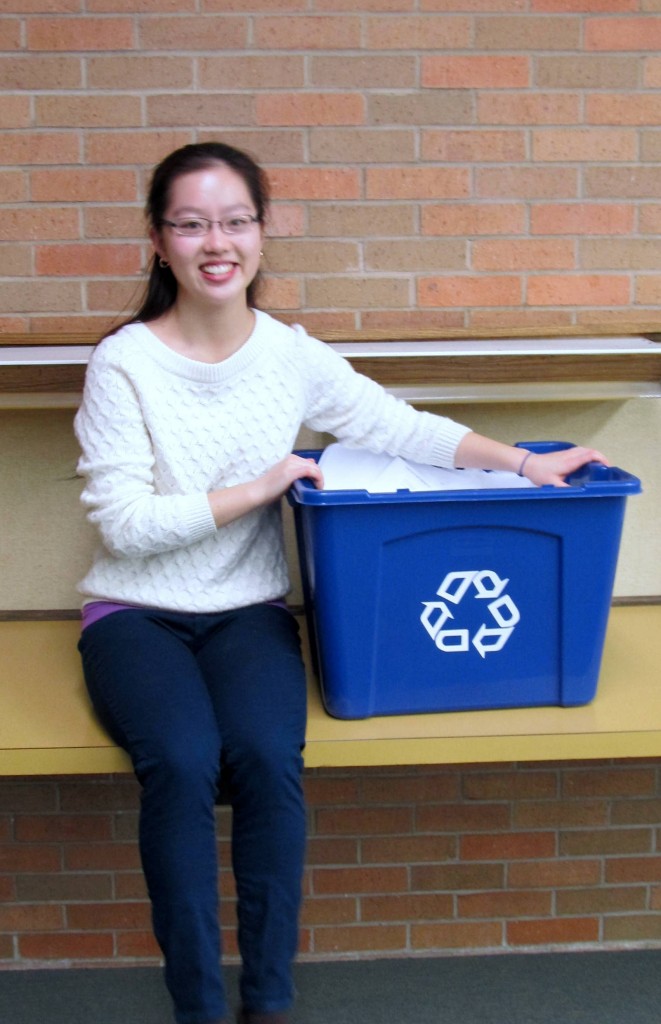 Three years ago, Madison senior Amy Shan attended a People to People Leadership Summit in California. Part of the program there was creating a plan of action for a project she could do on her return to her community. Shan drew up a plan for recycling, and through some diligence on getting the logistics worked out, she set the plan in motion.

“Now I am proud to say that recycling has become routine at Madison High School,” she said.

She first approached the principal for support. Then she had to coordinate the program with the pickup service and meet with the custodial staff to ask them to work with her on the effort.

Even when the bins were put into place, however, there were stumbling blocks.

“Students were not sure of what to recycle, and they had poor recycling habits,” she said. “Instead of getting discouraged, I produced a recycling video to put on the school web page and enlisted school organizations to create educational posters.”

Shan was honored for her work by being named a distinguished finalist of the national Prudential Spirit of Community Awards. She also received commendation from the South Dakota Senate.

“I would encourage any person who sees the need for a recycling program to implement one,” Shan said. “Earth is the only planet we can live on, and we also have to share it with other plants and animals, so we should take responsibility to conserve the planet for future generations.”