Print This Post
"The idea that a being a pastor in a 'rural ministry' is somehow akin to being 'put on the back shelf' in the world of 'ministry' represents a fundamental contradiction to the message you are called to proclaim," writes the Rev. Tim Koch of Cresbard, S.D.

“What would you tell a new pastor about whether or not they should consider rural ministry?”

The Rev. Tim Koch wrote his answer to that question in an e-mail to Dakotafire. Koch serves Concordia Lutheran in Cresbard, S.D., and Immanuel Lutheran in Wecota, S.D. Koch grew up in St. Francis, Minn., and lived in St. Louis before accepting the call to serve in rural South Dakota. 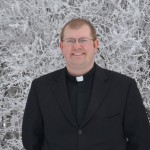 I would tell that pastor, “If you see rural ministry as nothing more than a means to an end, then you are already behind the 8 ball. Parishioners and congregations are not means to an end. They are your job. They are men and women for whom Christ died. The  idea that a being a pastor in a ‘rural ministry’ is somehow akin to being ‘put on the back shelf’ in the world of ‘ministry’ represents a fundamental contradiction to the message you are called to proclaim.”

Churches are not baseball teams. What I mean to say is this. Being a pastor in a rural ministry is not like a being on a “small market” baseball team. I mean, sure, in some ways it feels that way. My seminary classmate Aaron is a pastor at a congregation in the suburbs of Chicago that worships more people on a Sunday than Faulk County has residents, but our tasks are the same. The message we proclaim is no more or less important based on our location. Within the last 30 years pastors have been inundated with the idea of what some would call the “church growth movement.” This entire movement saturated an entire generation of pastors with the false teaching that the goal of every pastor is to reach as many people as possible with the word of Jesus Christ. While this is a notable goal, statistically there can be no justification for being a pastor in a rural setting because the same work I do in a rural setting could be done in a suburban setting and reach more people.

St. Paul says, “For in one Spirit we were all baptized into one body—Jews or Greeks, slaves or free—and all were made to drink of one Spirit. For the body does not consist of one member but of many. If the foot should say, “Because I am not a hand, I do not belong to the body,” that would not make it any less a part of the body.” (1 Corinthians 12:13-15 ESV)

Rural ministry is part of the body of Christ. It may not be the chiseled abs of “suburban ministry” that so frequently fills ecclesiastical literature. Rural ministry might be perceived by many as something akin to a colon. But I’ve never met a person who would sacrifice their colon for the sake of chiseled abs.

Cresbard rural ministry Tim Koch 2013-01-14
Webmaster
Share !
Previous: Andover’s Waldorf Hotel among many historic places with an uncertain future
Next: Flocks in need of shepherds: Finding ministers can be a challenge for rural congregations
Scroll To Top