Survey shows where youth are at risk

The 2011 results of the South Dakota Youth Risk Behavior Survey, which was given to students in 9-12 grades, were released in early April. Here are some of the findings: 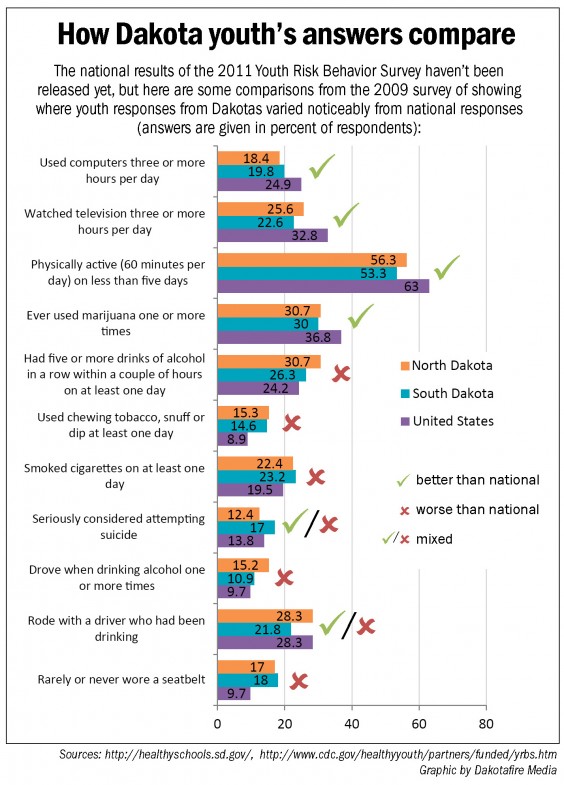