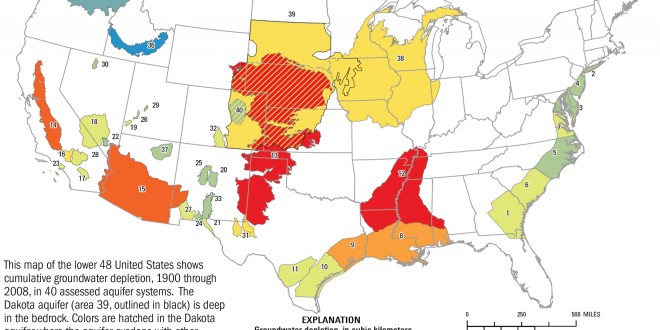 Groundwater levels are down in South Dakota

Groundwater depletion of the Ogalla aquifer has made headlines in recent years, but the Dakota aquifer has also gone down significantly since 1900, according to estimates by the U.S. Geological Survey.

The Dakota aquifer, which underlies most of South Dakota and stretches to Nebraska, Kansas, Colorado and Wyoming, is 20.3 cubic kilometers less than it was in 1900.

But any long-term depletion is cause for concern, according to the USGS, since it cannot be replenished easily or quickly. The amount of groundwater lost nationwide since 1900 is immense: about 1,000 cubic kilometers, “about twice the volume of water contained in Lake Erie,” according to a recent USGS report.

“In certain areas, it’s more of an issue than others, but there is a lack of awareness and understanding about groundwater depletion among the general public,” said Ryan Thompson, hydrologist at the Huron office of the South Dakota Water Science Center (SDWSC). “In the past, the issue hasn’t been at the forefront, so it’s not on people’s minds.”

The U.S. Geological Survey (USGS) defines groundwater as the water that comes from the soil or rocks to become the source for aquifers and springs.

Nationwide, the combination of suburban sprawl, growing populations and agricultural expansion is creating a serious threat to groundwater levels.

Attempts to curb water use by subsidizing farmers for conservation practices have not worked, according to researchers at New Mexico State University and the University of California-Davis. The Environmental Quality Incentives Program has actually led to more groundwater depletion because when farmers saved water in one place, they invested in more systems and grew crops that require even more water, the researchers said. Now, researchers and policymakers are questioning the use of subsidies as a solution.

Irrigation in South Dakota is regulated, according to Thompson.

“The State Department of Natural Resources has a monitoring program for groundwater depletion and handles irrigation applications in South Dakota. It grants them based on water levels,” Thompson said. “Water conservation is always wise.”

South Dakota has tried to prevent the problem from becoming worse by creating protective ordinances. The Big Sioux Aquifer is being saved by restricting land use and making the public aware of this resource. The focus is on preventing contamination of the groundwater. 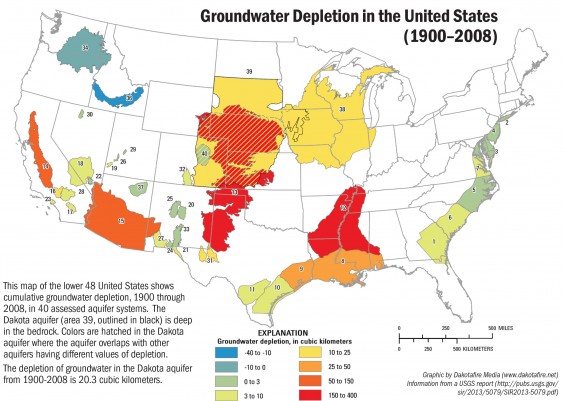