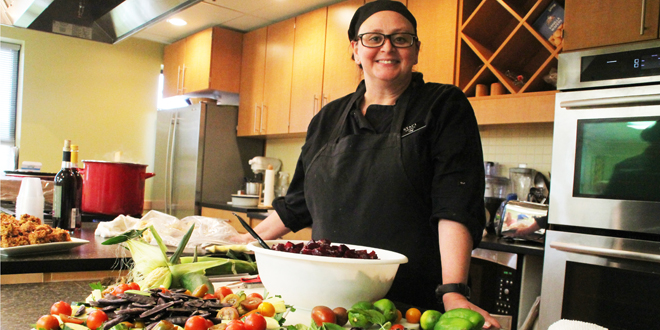 Is your food ‘Dakota Fresh’?

The wheels are turning at the Dakota Fresh Food Hub, as producers gear up for delivery Spring 2016. Kari O’Neill, Community Development Field Specialist at South Dakota State University’s Extension Office, she considers herself a very active facilitator to the producers who are getting the hub up and running.

“We decided from the beginning that we were going to start with producers,” O’Neill said. “What we really want is to get them to a point where they can run this themselves.”

Dakota Fresh began in February 2014 with video conferences led by Marty Travis, founder of Stewards of the Land food hub in Illinois. Producers were excited about Travis’ model, which is very low on physical infrastructure. After the conferences and follow-up, it seemed the southeast quarter of South Dakota had the most potential for a strong start, so the Extension office wrote and received a one-year planning grant and put it to work right away in their four hot spots within the quadrant: Sioux Falls, Yankton, Brookings and Wagner. 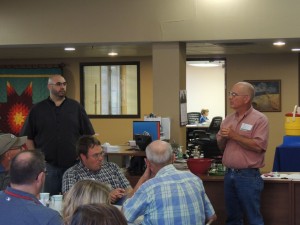 A group of producers and leaders from the Extension Office took a field trip to Illinois to see several food hub models in practice, and seeing was believing. O’Neill said the visit was critical to the process. Everyone returned, excited about making their ideas for a food hub into a reality for South Dakota. Soon after their return, O’Neill planned several chef receptions, also called Meet-The-Farmer events, featuring speakers from both sides of the table—chefs and farmers. The events showcased products and helped chefs see the potential for this reality the way the producers had seen them.

The chefs are looking forward to getting a single invoice for all their produce, but they have stressed they are looking for consistent, high-quality produce. The producers believe they can meet expectations, because the food hub model will allow them to specialize in the products they grow well, and by focusing on fewer products, they will be able to provide that consistent, high quality produce chefs want.

Currently, O’Neill has 40 interested producers, but she is counting on about half of them to be delivering next spring. The whole state is watching to see how the program does going forward. Rapid City has already called O’Neil asking when they can get a hub started in their region.

“We really want to get a good model going where we’re at first,” she said. “Hopefully that will make it even easier the next time.”

This story is an update to a story that appeared in the July/August edition of Dakotafire magazine, based on information obtained after publication. Read the original story here: http://dakotafire.net/article/whats-possible-jumping-local-food-system-hurdles/
Dakota Fresh Food Hub Extension food hub HyVee slider 2015-08-26
Sarah Gackle
Share !