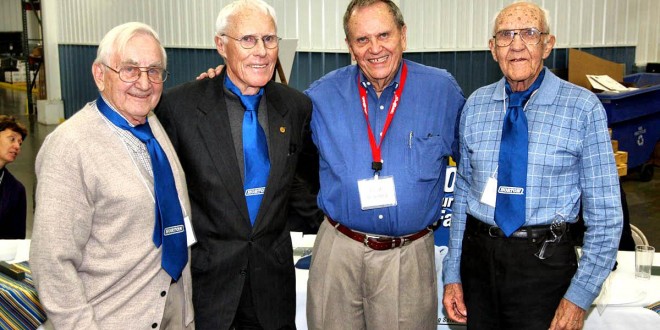 Horton honored for its role in Britton’s development

Officials of Horton, Inc., and Britton community leaders got together on Oct. 19 to do a little reminiscing and to recognize the important role that the fan clutch manufacturing business has had on the city since it came to town 38 years ago.

A noon luncheon was held at the plant followed by plant tours to showcase recent new additions and changes.  A Community Open House was held Saturday on the east lawn with a lunch, inflatables, door prizes, plant tours and displays.

Britton Mayor Dr. David Kleinberg kicked off the luncheon on Friday by proclaiming Oct. 19 as Hugh Schilling Day in the city and expressed the city’s “deep appreciation and gratitude” to Horton, Inc., for the impact it has had on the community.  “We’re pleased and proud to have Horton as one of the citizens of our city.”

Schilling, age 87, serves as chairman of the Horton, Inc., board and founded the company 61 years ago.  He came to Britton seeking a location for the manufacturing plant that began operation in 1974 and talked about some of the people who helped pave the way.

Britton residents Frank Farrar, Bryce Thoelke, and Don Franzen were all presented Horton neckties in recognition of their roles in influencing Horton to build in Britton.  Ralph Skare of  Britton, the plant’s first manager who served in that capacity 25 years before retiring, was also presented a tie for his loyal service to the business.

“Before we came here I had never heard of Britton,” noted Schilling, who said the company looked at six or seven different communities when looking for a building site.  “But what impressed me about Britton was the people.  I believe you can tell quite quickly what a community is like by its people.  Now when I come to Britton it feels like I’m coming home.”

Horton, Inc., is not only Britton’s largest employer with 185 employees, but it has also played an integral role in community development.  The business has provided funds for a variety of projects.

“I would like to congratulate Horton for its dedication and support to the Britton area, South Dakota, and the country,” said Steve Watson, South Dakota Director of Business Management.  “Horton is definitely a South Dakota success story, and Britton has a long-standing dedication to business development.”

“I have been at plants all over the world, and when comparing those locations Britton ranks right up there,” said Touw.  “This is a great location and our success, at least to some extent, is the result of that.”

“We just try to be a catalyst so we have the environment to be able to do these things,” concluding Schilling.  “That’s why we’re so keen on helping make Britton a better place to live.  It’s a win-win for everyone.” 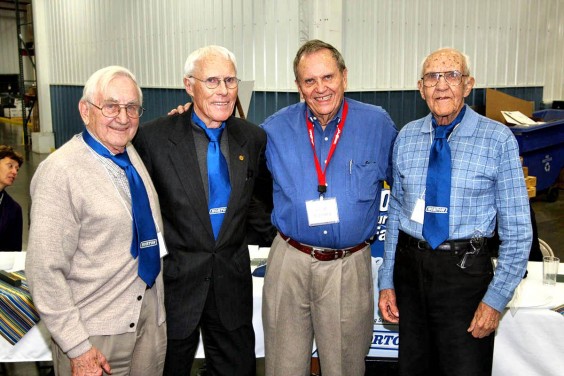