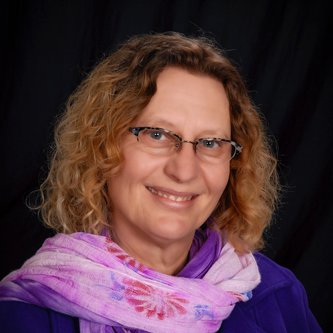 The Farm to School initiative seems like a natural fit for the Dakotas, where both agriculture and the states’ youths are valued, but officials with the program say there is some room to, umm, grow.

“It’s kind of hard to get them to use local stuff, because there are so many rules that they have to follow,” said Sue Balcom, director of the Foundation for Agriculture and Rural Resources Management and Sustainability (FARRMS) and the North Dakota Farm to School liaison for the National Farm to School Network (NFSN).

Many Midwestern schools file for exemptions from the Child Nutrition Reauthorization Act that dictates what schools must serve for lunches, in order to qualify for federal reimbursements, according to Balcom—an indicator that they do not want to be told what they have to serve their kids.

“I don’t know why it’s such a tough sell in a state where we have an abundance of farmland and knowledge and a desire to grow things, (but) … I don’t think we should force them into it,” she said.

Some of the challenge is timing, according to Holly Tilton Byrne, community organizer for Dakota Rural Action and South Dakota state liaison for Farm to School with the national farm to school network.

“With the growing season being so opposite our school season, it can be a little difficult in South Dakota to be able to do the school gardens,” she said.

“I would think that in North Dakota more schools than not are doing something that would fall under the auspices of Farm to School. We just have no way of recording it,” Balcom said. “I think that probably every school does something. … Everybody should be doing this. … All you’ve got to do is get those kids outside, in a school garden, teach them something about agriculture, feed them some fresh food on their plates, and that’s considered Farm to School.”

“There are a lot of schools participating in Farm to School,” she said. “It’s maybe even the way they’ve always done things … but they just aren’t necessarily communicating with me about that on a regular basis.”

In many schools across the Dakotas, meeting federal school lunch program requirements—especially since the Healthy Hunger-Free Kids Act of 2010 increased stipulations—leaves little wiggle room in the budget to provide local foods on the lunch plate, so they are finding other ways to incorporate local foods. The Huron (S.D.) School District has partnered with a nearby farm for the fresh fruits and vegetables program, which is funded separately and makes nutritious foods routinely available to students on a “salad bar.”

Through that partnership, “the kids are able to try really interesting items,” Tilton Byrne said. “Sometimes they will get purple cauliflower or purple beans—something that’s maybe not something they would try every single day, but it kind of opens up the variety of items they are able to consume and learn about and try.”

Cultivating the future in local gardens

Through a partnership with Linda’s Gardens in rural Chester, students at Flandreau Indian School have literally gotten their hands dirty, seeding, weeding and transplanting a variety of crops in the gardens’ high tunnels.

“We wanted to start bringing in different fruits and different vegetables, and I think … taking them there and letting them help … just made the kids more open to trying new things,” said Geriann Headrick, acting food service manager at the school. “It was a good opportunity for the students to go out and see and get their hands actually in the dirt and see what gardening and being self-sufficient and raising your own food was all about.”

Before the program, Headrick said many students were clueless about the origin of their foods.

Students from across the nation come to attend the boarding school, but Tilton Byrne said even South Dakota kids need to be reminded of where their food originates.

“Even with us being a rural state, you’ll find kids who have never been to a farm, so … exposing kids to that, and letting them know that this is something that everybody requires (because) everybody needs food (is key),” she said. “So often, you hear kids say that they are not interested in farming, or they would never want to have a garden or anything like that, but when you’re able to actually put them in the situation that they’re outside—they’re working in a garden, they’re getting their hands dirty—it encourages them to explore something and find a love for something that maybe they didn’t realize they had. It can be really impacting, and we definitely need more people to grow food.”

And other careers can result, too, depending on how the program is structured.

“You’re actually training another generation of cooks by using local foods,” Balcom said. “It’s very scientific. You can probably use good food, healthy eating, good soil and gardening in any curriculum, because there are aspects of science involved, there is mathematics involved, there is fun involved.”

Farm to School programming has the power to improve society as a whole, according to Balcom.

“There are emotional and physical benefits to gardening. … The kids get to get outside and get some fresh air, and they get to learn about the cycle of life. … That is so important in a society that values youth like it does. Everything has a cycle, and I think farmers understand the life and death of life more than anybody, and we need to pass that on to kids. There are so many kids out there who have no idea where foods come from. They don’t understand it.”

“Serving the food in the school system is important because it’s getting really, really fresh, nutritious food … to the kids, the people who really deserve it the most. The food, so often, when it’s local, is able to be picked at its peak ripeness, so the food tastes a lot better, so we’re finding that students are more likely to eat that nutritious food when it’s really fresh like that.”

Growing food also empowers tomorrow’s adults to care for themselves and their families, in the event of a major emergency.

“It’s important for these kids … that they learn how to be self-sufficient, so they can grow and preserve their own foods,” Balcom said. “In the event of unsettled weather—or perhaps a terrorist attack—we need to be able to feed ourselves, and the generations below my generation are just overwhelmed by the ideas of cooking and gardening, and those skills are life skills that everybody should have.”

What is Farm to School?

Since the late 1990s, about 40,000 children in all 50 states have learned to become more connected to food sources through NFSN programming.

NFSN strives to link children with fresher, healthier food options by connecting local producers directly to schools, and to help children and parents make more informed menu selections at home. Programming consists of such projects as gardening, cooking and farm field trips, all of which aim to strengthen local economies and empower entire communities.