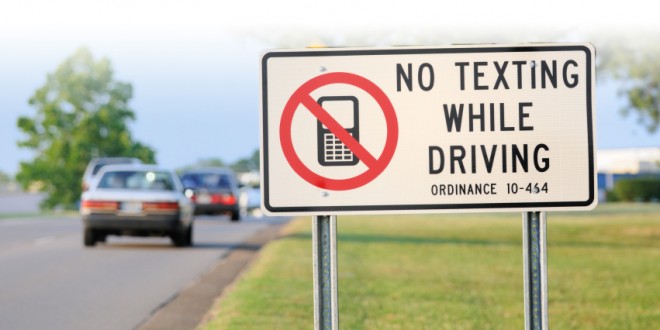 Many wonder if a ban would have much effect

The question for South Dakota drivers is not “To text, or not to text.”

Statistics make the answer to that quandary pretty obvious: Texting while driving makes a person 23 times more likely to be in a crash, according to research by the Virginia Tech Transportation Institute. Texters draw their attention away from the road for up to seven seconds at a stretch—plenty of time for a car, an animal or a pedestrian to cross their path. A Car & Driver test showed that drivers were actually more impaired while texting than they were while drinking.

The better question is the one for legislators: “To ban, or not to ban?”

In the wake of a fatal accident related to texting, the Sioux Falls city council passed a texting-while-driving ban in early September—the first major locality in the state to do so, though other cities have discussed the possibility. The new ordinance, which takes effect Sept. 28, makes it a crime to send or receive electronic messages while driving within city limits. Violators could get a fine of up to $200 and 30 days in jail. Making handheld phone calls, using GPS navigation and using hands-free devices are all still legal in the city.

In the Dakotafire region, both law enforcement officers and young people seem to be generally in favor of a statewide texting-while-driving ban, but many remain dubious that such a ban would do much good.

Ban may have needed support

An informal survey of Dakotafire region students showed that a slim majority would support a ban on texting while driving. Support for a ban was very strong among Clark sophomores, where all students interviewed supported such a ban, while support was just lukewarm among Webster seniors, where 10 of 22 would support it. Just over half of the Groton students surveyed would support a statewide ban.

Support is stronger among law enforcement in the region. Chief Deputy Brent Koens and Faulk County Sherriff Kurt Hall, for example, expressed their strong support for a statewide texting ban in a joint comment submitted to the Faulk County Record.

“Texting and driving is a public safety concern,” they wrote. “When motorists divert their attention from the road and their driving responsibilities, accidents can happen. It would not surprise us at all if the recent Sioux Falls City Council vote influenced a bill with the legislation for a statewide texting ban.”

District I State Rep. Susan Wismer said she does think a proposal for a ban is likely to come up this year in the S.D. Legislature, but passing such a bill would not be easy.

“Remember, this is a state where voters fought seat belt and helmet laws,” Wismer said. “It will be a hot topic.”

Wismer said she will consider the recommendation of the Department of Public Safety when deciding whether to support such a bill.

District I Sen. Jason Frerichs would support a ban, but its ultimate success depends on the makeup of the Legislature after the November elections.

“I’ll support a bill because I’ve seen statistics where about 60 percent of the people will follow a new law, and that will save lives,” he explained. “At the end of the day it all comes down to who gets elected. If more moderates win it could pass, but if more Tea Party types get in, it may not. It’s always interesting to see who comes out against this. Usually its legislators on the far right and left.”

Enforcement is where the discussion gets sticky.

With state laws currently on the books, if a driver is veering or otherwise driving erratically, police can cite the driver for careless driving. The Sioux Falls ordinance is set up as a primary offense: Officers can pull over drivers for texting while driving, even if they were not driving carelessly.

According to the ordinance, police would have to see a handheld device before they could make a stop. However, since those devices could also be used for legal purposes such as making calls or using GPS, the  decision to pull a driver over would be partly a police officer’s judgment call.

“People should definitely not text and drive, but it will be difficult to enforce, as it would be hard to prove,” said Clark County Sheriff Rob McGraw.

Webster senior Shala Larson sees some potential problems ahead. “I feel that if they did this (ban), law enforcement could take advantage of it, and there would be a lot of false arrests (for texting and driving),” Larson said.

McGraw added that carrier records could be subpoenaed if necessary to show that the driver was texting, but that’s not likely unless the driver was involved in a major accident.

Some opponents of texting-while-driving bans say they actually encourage people to engage in even more dangerous behavior, since drivers will try to hide the devices from police. Instead of having the phone perched on the steering wheel, they will have their attention focused on their laps.

Baylor Shult, a sophomore at Clark, said a ban would keep her from texting behind the wheel, “but it wouldn’t change other people’s behavior because they’ll text anyway.”

A survey of Groton students showed the same sentiment: Over half the surveyed students, 52.6 percent, agreed that a new law should be passed banning texting while driving, but only 10.5 percent said they would change their behavior if a new law was passed.

Marshall County Sheriff Dale Elsen has doubts of his own about a texting ban. He noted that he conducted a recent check on seat belt usage among students under 18 years of age (violation for those under 18 is a primary offense and subject to $25 fine) and he found that of 35 vehicles checked just two youth were wearing seat belts.

Michele Erpenbach, Sioux Falls councilwoman, said just because enforcement won’t be easy doesn’t mean it’s not worth it to pass the ordinance, as quoted in an Argus Leader story:

The purpose of the Sioux Falls ordinance is the same as it would be for a statewide ban: Making roads safer. Does a texting ban do that?

One problem, pointed out by Highway Patrol Trooper Chris Tedder and Sheriff Barry Hillestad in Day County, is that texting is just one form of distracted driving. “We’ve had accidents resulting from people tuning their radio, lighting a cigarette, swatting a bee or picking something up that they dropped on the floor,” Hillestad said.

The other functions of a cell phone, including just talking on them, can be just as distracting for drivers. It may be that a more comprehensive ban on the use of handheld devices while driving would be more effective at creating safer roads than a simple texting ban—though it would likely be more politically difficult to pass.

A statewide ban could improve safety even considering the potential enforcement problems. According to Rich Lauer, coordinator for Citizens for Cell Phone Safety While Driving who was quoted in the Sept. 5 Argus Leader story, “This isn’t about seeing how many people we can pull over. We know that there will be voluntary compliance, and 75 percent of us will follow the law.”

The passage of texting bans may also encourage technological advances to catch up enough to solve the problems that technology itself has created.

A variety of apps or locks are available for GPS-enabled phones that disable the phones when they are moving more than 5 or 10 miles per hour. Some even send an automated text to anyone who tries to text or call, saying that the recipient is driving.

The problem has been that such locks keep passengers from talking or texting just as much as they do the driver. A not-yet-released technology from engineers at Rutgers University solves that problem by using the Bluetooth-enabled speakers in the car to help the phone tell whether it is being used by a driver or a passenger.

If such technology were commonly available on most phones, the “to text or not to text” question would be out of a driver’s hands—and our roads would be safer because of it. 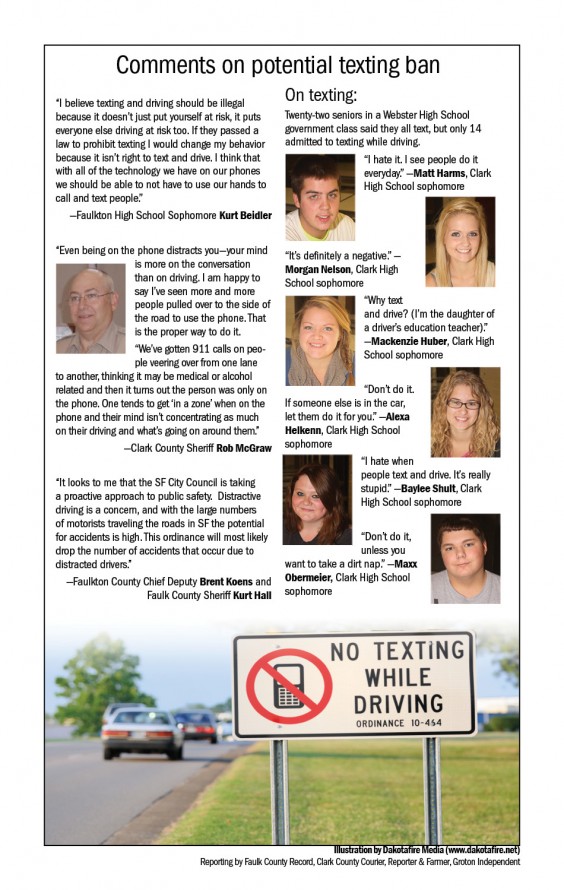