POSSIBILITY: Roberts, Day and Marshall Counties, S.D., Towns working together as a region

In the Glacial Lakes region in northeast South Dakota, “community” is defined as more than what lies inside the city limits signs. 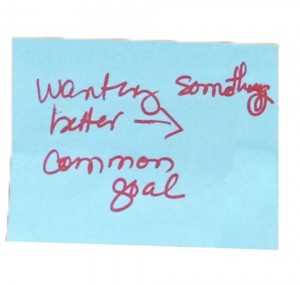 “They said, ‘We’ve realized that we’re a community. We’re not seven different communities in three different counties; we are a 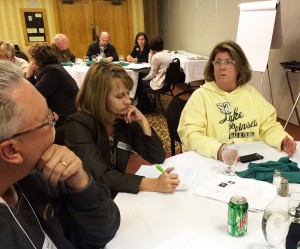 community,’” said Linda Salmonson, East River Electric’s economic development manager, summarizing the attitudes of local leaders from that area after a leadership workshop about 10 years ago.

During that Leadership Plenty regional workshop, which spanned 10 weeks, 30 individuals from Webster, Sisseton, Britton, Langford, Lake City, Roslyn and Bristol were challenged to work hand in hand, rather than as competitors, for the first few weeks, before facilitators asked them to reorganize to work on town-specific discussions.

“They said, ‘No way!’” Salmonson said with a laugh. “When they came in the door, they were seven different communities; by the time they’d been through (the training) … they had become a community.”

Since those leadership meetings, the three larger communities—Sisseton, Britton and Webster, which have a combined population of just over 5,500—became the first Dakota Rising site in South Dakota in 2008, with six area business owners recognized as fellows. The group completed the initial three-year program and did not renew participation due to financial constraints, but is able use the skills learned from the experience for building and supporting entrepreneurs in the Glacial Lakes region.

Another product of Leadership Plenty is the group known as Glacial Lakes Area Development. GLAD, which was launched in 2007 by a group of Leadership Plenty graduates, focuses on small-business lending, local business, business services training, and economic development within its five communities spanning Marshall County. Scott Amundson, GLAD’s executive director, and its volunteer board of directors has created a local business revolving loan fund of $1 million and works hand in hand with Grow South Dakota and other regional partners.

“The communities (in Roberts, Day, and Marshall counties) recognize that they’re a region, and they are—to some extent—dependent upon one another,” Salmonson said. “As a result of learning together … they came to the realization that they needed each other, and they weren’t in competition with each other. They recognized what’s good for one community benefits the others.” 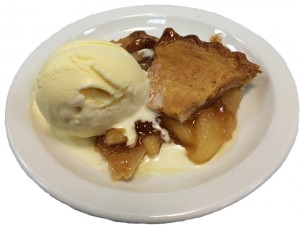 Yes, there was actual pie. No false advertising here.

Salmonson said the same concept can be replicated in other regional communities, too.

“Anytime people work and learn together, it gives them an extended opportunity to communicate,” she said. “You’ll see them recognize that they are stronger together than they are standing alone.”