If we look at rural leadership challenges as a supply-and-demand problem—the supply of rural leaders is not meeting the demand—then two strategies present themselves: Reduce the demand, or increase the supply.

The first reaction to this type of suggestion in rural communities is often negative. It feels like failure, like giving up on something.

But it doesn’t need to be seen as failure, suggests Ben Winchester of the University of Minnesota. 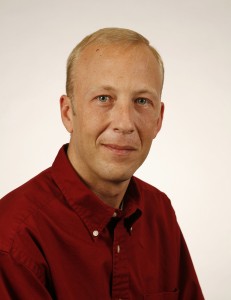 “When we think about social organizations, they reflect the social interests of any given time,” Winchester said in a September webinar.

When a community’s interests (and values) are no longer in sync with the community’s organizations, a change is probably needed somewhere. Consider:

Should an organization be disbanded? If the social interest that led to an organization’s founding is no longer relevant to the community, it might be time to disband the group. (One example: In the 1970s, the ladies’ auxiliary to the Iowa Pork and Swine Producers was known as the “Porkettes.” By the 1990s, it was probably OK with the community to let that group die.)

Should an organization’s leadership be downsized? Maybe there’s no need for a seven-member board if five or even three could serve the same role. This strategy may be best for organizations that are doing less work than they did before, or that have boards that serve mostly advisory roles. Otherwise, it could end up that the board’s work is just divided among fewer people, adding to their stress and putting the organization at risk of burning out its existing leaders.

“People aren’t afraid of traveling,” Winchester said. “‘Place’ has become less relevant, in terms of how people view their ‘community.’ It’s much more that ‘communities’ are a region—you live in the middle of everywhere, in a sense.

“(Two groups) may have been on opposite sides of the lake, and been rivals, but today, we find that membership is declining, and maybe … once they join forces, they might be able to double or triple their membership. There are some really good opportunities there to move that human capital of how to do community-building and how to do fundraising, how to hold events and bring that talent and expertise to some of the groups that need that expertise.”

Greg Furness, a funeral director and co-chair of the Chamber of Commerce in Clark, S.D. (population about 1,100), agreed.

“There comes a time when groups need to consolidate to move forward. There should be some type of unity or common ground that moves things forward,” he said. “There are only so many people to go around in a smaller community. To be efficient and do justice (to the purpose of the organization, people) can only spread themselves so thin.”

Going where the energy is

Once a community is open to considering that changing existing structures isn’t failure, and can in fact be progress, the next task is figuring out what change is right for the community.

This would be an easier task if everyone in the community agreed on what’s best for the community—but they aren’t going to, and trying to find universal common ground is usually an unachievable goal, said Joe Bartmann, process host and community coach of Rural Weaver, LLC.

“There’s really no such thing as one common vision,” Bartmann said. “There are a bunch of visions.”

One of the processes that he facilitates in his work with communities is an exercise in which all the people in the room get a chance to share the vision for the community that is important to them. Those ideas are then put up on a wall where people can see them and talk about them.

“This process helps us to see what common ground we do share. It also gives us the opportunity to create space for things that not everyone sees as important,” he said. “So instead of trying to wrestle with, ‘What do we all agree we need?’, we can go where the energy is—what is important to the community are the visions that cause someone to say, ‘It’s important enough to me that I’ll work on it with others.’”

An important part of this process is a change in mindset of the leadership of the community, according to Bartmann: Instead of mandating what they see as best, leaders instead agree to support whatever the community says is important enough to work on.

Once community members have those common visions in mind, they can decide if the current organizations or ways of doing things in the community are the right ones to help them get to where they want to be.

Getting people to show up and, perhaps eventually, to serve, “just takes a simple invite to a single event,” said Winchester. “It’s not an open-ended invitation to something that they’re not sure about.”

Especially consider whether an official structure is actually needed, Bartmann said. The old model of a committee or board that meets every month doesn’t appeal to many of today’s potential leaders.

“You have to give people an ‘out’ early and often,” Bartmann said, so you can tell people, “‘You don’t have to commit to this for five years or a life sentence. This is a three-month thing or a six-month thing.’” And after that there would be an opportunity to decide if they want to keep working on it or not.

Jeanette Robb-Ruenz, who is the president of OPERA, Inc. and the Ellendale (N.D.) Historical Society and in the past has served on the boards of directors for the Ellendale Area Arts Council and the Whitestone Hill Organization, agreed.

Many people will volunteer for a specific event, she said, but hesitate to attend meetings and take on larger roles. Sometimes they are new to their professions and are cautious of overextending themselves. However, younger adults in the community of just under 1,400 typically are willing to help when asked directly—something Robb-Ruenz says happens more frequently in communities that count their residents by the hundreds rather than the thousands.