By Jason Uphoff and Liz Hannum

A transition is happening right now in our workplaces and organizations: As baby boomers reach the traditional retirement age, many positions where they had worked, served and led for years are changing hands. 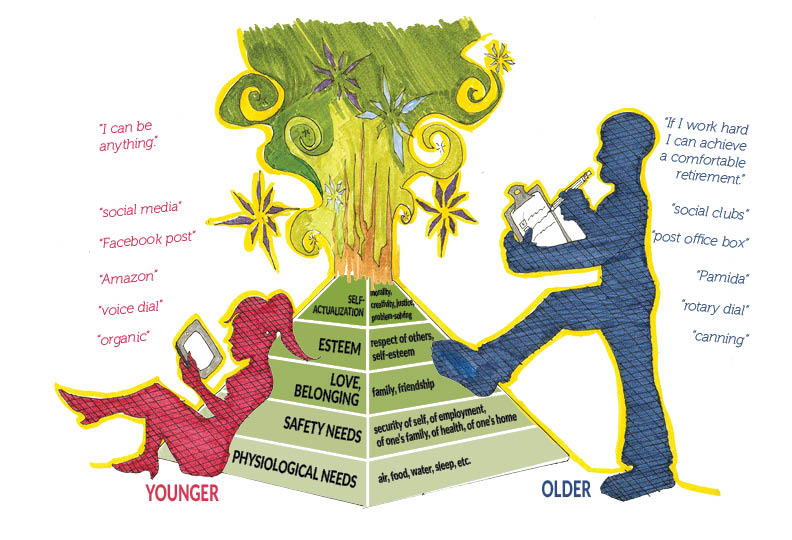 You may remember Maslow’s hierarchy of needs from high school: People need to fulfill the needs at the bottom of the pyramid before they can care about the needs higher up. Except millennials don’t quite work that way: They tend to be much more focused on the top—self-actualization—than older generations. That’s their goal, even if they actually still have needs to address further down the pyramid. This can be hard for older generations to understand. Graphic by Jason Uphoff

Not all baby boomers are retiring—many of them are in fact continuing to work past the age of 65—but they are at least considering how they’ll hand off their roles to a new generation.

And sometimes, what they see in those coming up the ranks doesn’t match their expectations.

In a 2012 study of millennials—defined broadly as those ages 16 to 34—the Boston Consulting Group found that the older generation quite often views Millennials negatively. The word that came up most often among older survey respondents describing millennials was “lazy,” followed by “spoiled,” “young,” “entitled” and “tech-savvy.”

Millennials themselves agreed they that are tech-savvy, but they also called themselves “hip,” “cool” and—interestingly—“lazy.”

So what does this mean for finding new leaders in the next generation? Are they just not going to work?

A successful transition may depend on understanding the perspective of the other generation.

“They put a premium on speed, ease, efficiency, and convenience in all their transactions,” according to the BCG report.

Millennials, on the other hand, could perhaps find some understanding in realizing that older generations typically aren’t in as much of a hurry; they value other things much more than speed.

The graphic above takes a look at how traditional leadership has worked compared to how young leaders engage in their communities. 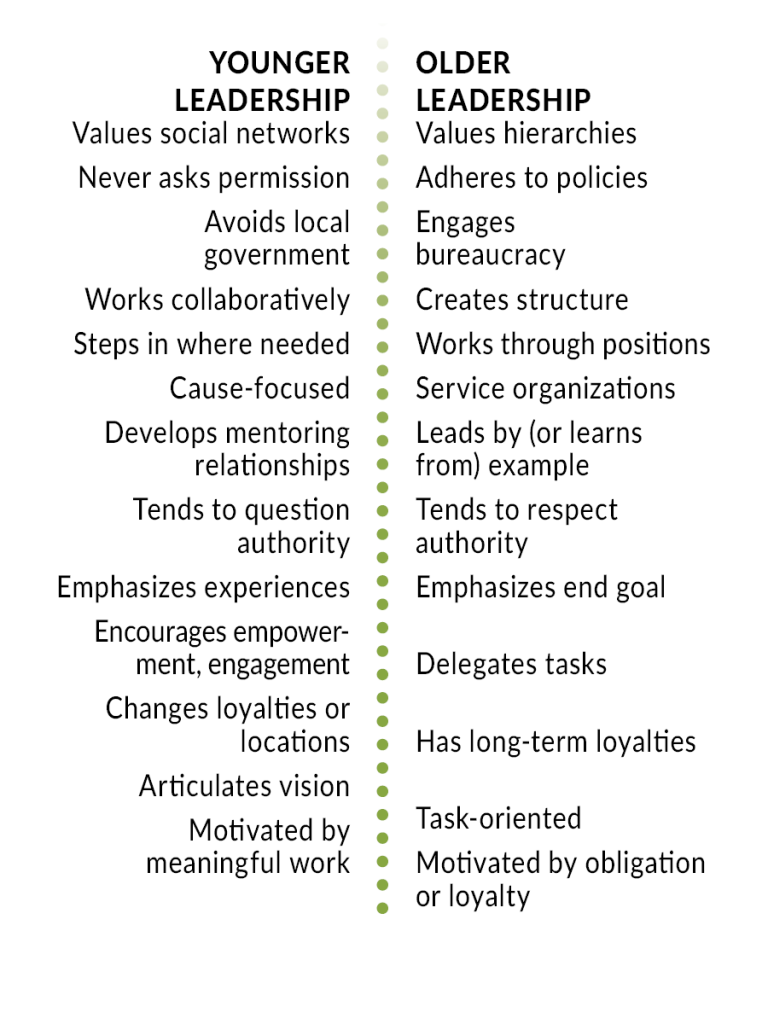