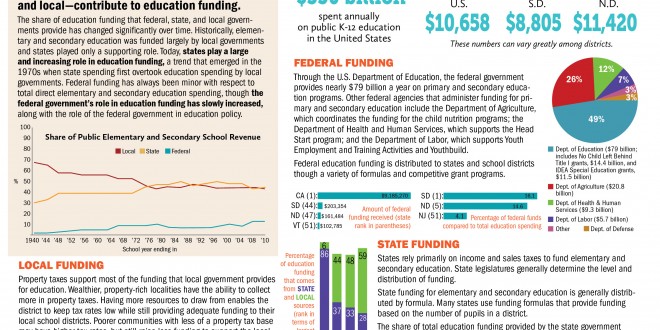 INFOGRAPHIC: Where do K-12 schools get their money?

All three levels of government—federal, state, and local—contribute to education funding.

Federal education funding is distributed to states and school districts though a variety of formulas and competitive grant programs. 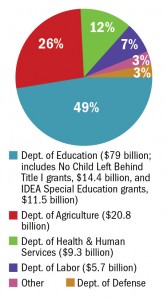 State funding for elementary and secondary education is generally distributed by formula. Many states use funding formulas that provide funding based on the number of pupils in a district.
The share of total education funding provided by the state government differs from state to state. States that rely heavily on local property taxes instead of state funding to fund elementary and secondary education, often have larger funding disparities among school districts in the state. 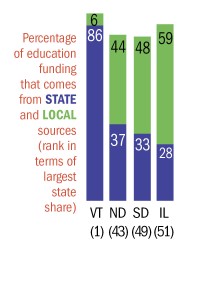 Property taxes support most of the funding that local government provides for education. Wealthier, property-rich localities have the ability to collect more in property taxes. Having more resources to draw from enables the district to keep tax rates low while still providing adequate funding to their local school districts. Poorer communities with less of a property tax base may have higher tax rates, but still raise less funding to support the local school district. This can often mean that children who live in low-income communities with the highest needs go to schools with fewest least resources, the least qualified teachers, and substandard school facilities. 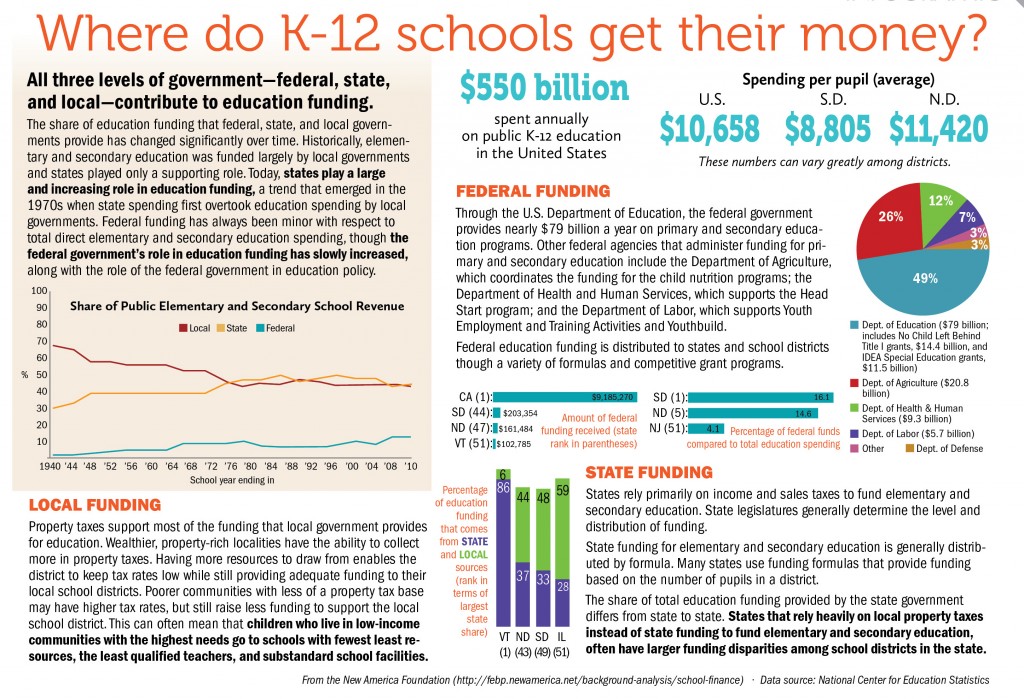