Print This Post
We rural folks sometimes get a bit of an inferiority complex: We assume that things from the city are somehow better. OK, and sometimes they are. In terms of health care, some city hospitals are justifiably famous for the care they provide.

We rural folks sometimes get a bit of an inferiority complex: We assume that things from the city are somehow better. 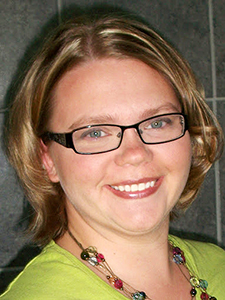 OK, and sometimes they are. In terms of health care, some city hospitals are justifiably famous for the care they provide.

But, as the story in this issue shows, rural health care providers are increasingly able to bring big-city expertise into small towns through technology—in effect putting rural places on close-to-equal footing with some of those famous places, and keeping shorter wait times and more personalized service to boot.

There are also areas where rural places hold a clear advantage. As we take steps to make ourselves more like cities in some ways, it’s important to recognize the inherent strengths of our rural places so we don’t accidentally lose them in pursuit of something that seems as if it might be better.

We have, for example, childhoods that many city people would envy—if they knew such a thing still existed.

In the tardy twilight of a Puget Sound evening, we caught a glimpse of a boy, maybe 6 or 7, playing in mud exposed by low tide. Ankle-deep in vibrant muck, he called out a discovery to his father.

“I found a bunch of baby crabs,” he said. “A jillion of them.” From there, he slipped into the woods, chasing some other curiosity of the natural world. A butterfly, I think. He disappeared for some time, without a word of concern from his parents.

“You don’t see much of that anymore,” a friend said.

Somehow, we’ve arrived at a moment when a kid playing by himself, Internet-free and helicopter-parentless, is a surprising thing. Huck Finn may be deep in the American DNA, but he’s disappeared from the summer landscape, replaced by the boy in the bubble. No dirt, no unplanned moments, and no time for discovery.

Other articles have lamented the loss of children’s freedom—children who, in previous generations, could have gone up to a mile by themselves are no longer trusted out of their parents’ eyesight.

I contrast this with the experiences of my 6-year-old son, who a few days ago spent hours making a leaf pile large enough to jump in with nary a glance from me. I try to send him and my 8-year-old daughter outside most days after they get home from school, and I feel no need to go out and supervise them. They get tired; they get dirty. They have to deal with problems like grasshoppers or wind or not being able to reach to pick an apple from our tree.

They also get healthier from the experience, various studies show. Getting dirty builds up children’s immune systems; having the freedom to solve their own problems enhances creativity.

Could this kind of childhood exist in the city?

Well, it’s much more difficult. Children are not allowed to “loiter” as they did in previous generations. Getting to nature—and a place where it’s acceptable to get dirty—is a lot harder. And there’s little chance that children would be sent out alone for any length of time. It’s not acceptable in our society, where parents have even been prosecuted for leaving their children in the park by themselves.

I don’t worry about my children on the farm because they know where they can roam and where they’re not allowed, and we rarely get anyone in the yard who wouldn’t know to watch for children playing.

Our stories about Langford two issues ago and Willow Lake this issue suggest many parents in those communities are comfortable with their children having the freedom to explore the town, in part because all of the parents (and grandparents, and neighbors) help to keep an eye on the children. The strength of the communities’ ties to one another leads to a tangible benefit for the health of their children.

The strength of rural communities shows up in myriad other ways throughout the rest of life—the people who lined up along the road in Faulkton when their beloved coach was heading out for cancer treatments, or the fundraisers that happen in Langford for alumni of the community—even if that person has moved away for years, or the record-breaking amount of fundraising that Britton does nearly every year for Relay for Life.

Maybe supportive communities don’t by themselves lead to better health outcomes, but I’d guess they provide a little more motivation to get to them.

As we reflect on all the ways that rural health care is changing, it’s also nice to realize that some things don’t have to change. In fact, in some ways, the city folk may well want to be a little more like us.

CORRECTION: A graph in the Sept/Oct issue was missing the label “in thousands.”

Thank you to our new Fired Up! members!