Print This Post
Our goal at Dakotafire is to speak up for the community interest as decisions are being made that affect our homeplaces. How will one course of action or another affect our communities? Is there a way to serve our communities’ needs as we strive for other goals? If not, is the sacrifice worth it?

Since we at news organizations advocate for openness and transparency in the entities we cover, it’s only fair that we are as open and transparent as we can be ourselves.

So with that in mind, here is Dakotafire’s editorial strategy in a nutshell: Dakotafire is pro-community. 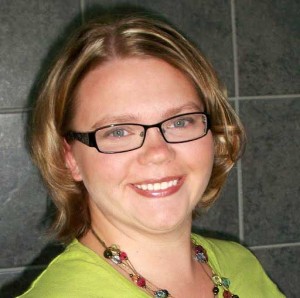 This might seem self-evident for a publication that serves a certain community, and it might even seem like a cop-out. What kind of publication wouldn’t be pro-community?

But as we look at or own rural hometowns, it’s pretty clear that along the way, many decisions have been made that have not been favorable to our communities. Those decisions, many of them made in the field of agriculture, may have benefited some parts of our communities over others, or decision-makers may have determined that damage to the community was a necessary or acceptable trade-off in the pursuit of another goal.

Our goal at Dakotafire is to speak up for the community interest as these decisions are being made. How will one course of action or another affect our communities? Is there a way to serve our communities’ needs as we strive for other goals? If not, is the sacrifice worth it?

My own experiences have influenced my thinking on the importance of community in decision-making. When my husband and I were making plans to go back to rural living from our home of the time in Iowa about five years ago, the sense of community that we experienced on visits to the Dakotas was one of the reasons we wanted to move here.

My husband’s family has a farm in Iowa, and his uncle once asked him if we might ever want to move to that farm someday. We discussed it, and although that farm is on a beautiful setting, with a grove of trees and a creek running behind, we answered that we liked the neighbors in South Dakota better. We weren’t really speaking ill of the human neighbors in Iowa—the problem was the thousands of porcine neighbors that made living on that Iowa farm less than pleasant. Hog confinements were located less than a mile from the farm in every direction of the prevailing winds. The water table dropped after the confinements went in, which made the well water have an odor, and although the family has not yet tested the assumption, they think the value of the home probably dropped accordingly.

All over Iowa, those confinements pitted neighbors against one another. I also had the feeling that the high value of Iowa farmland sometimes brought out the worst in people; disputes over inherited farms were common. “There is a rent in the social fabric of rural Iowa,” a farm mediator told me for a story I did in 2005. In 2003, one Iowa farmer had killed another in a fight over rented ground.

It’s possible that similar problems were present in the Dakotas, but that as a young person growing up here I just wasn’t aware of them. I’m sure there were some. But I think that the problems weren’t as fierce—in part, perhaps, because until recently the land wasn’t worth nearly so much.

But times are changing. We can grow corn in areas where it could not be grown before. Land values are up. And I have to say I’m a little worried that in the shadow of these improvements, we might have more problems coming our way.

In my rural community, several farm families have been blessed with many sons (and some daughters) who might want to farm someday. If current trends continue, and if those children follow the “get big or get out” philosophy of farming, they will be competing with one another someday at a land auction. No matter who wins the bidding, the community will likely lose; another potential young farmer will not be able to find a footing and head off to find his (or her) fortune elsewhere.

It’s because of this worry in the back of my mind that I am especially encouraged to hear the stories of the families featured in this issue. The challenge, as sociologist Diane Bell Mayerfeld wrote in a 2004 report, is to “grow smart rather than grow large.” These Dakota families have devised various ways to do that. Their communities have benefited from their efforts—but, perhaps surprisingly, they say they have benefited just as much from what at the outset might have seemed to be a sacrifice.

That’s the kind of thinking we at Dakotafire would like to encourage: Asking “how will this affect our community?” can lead to solutions that are just as effective, but that would have stayed outside of the decision-making process if no one had asked the question.

I welcome your thoughts or questions about Dakotafire’s editorial perspective; contact me at Heidi@dakotafire.net.

agriculture community decision-making editorial farming 2012-07-09
Heidi Marttila-Losure
Share !
Previous: Ask an ag banker
Next: Garden is the heart of the farm for Podolls
Scroll To Top