Garden is the heart of the farm for Podolls 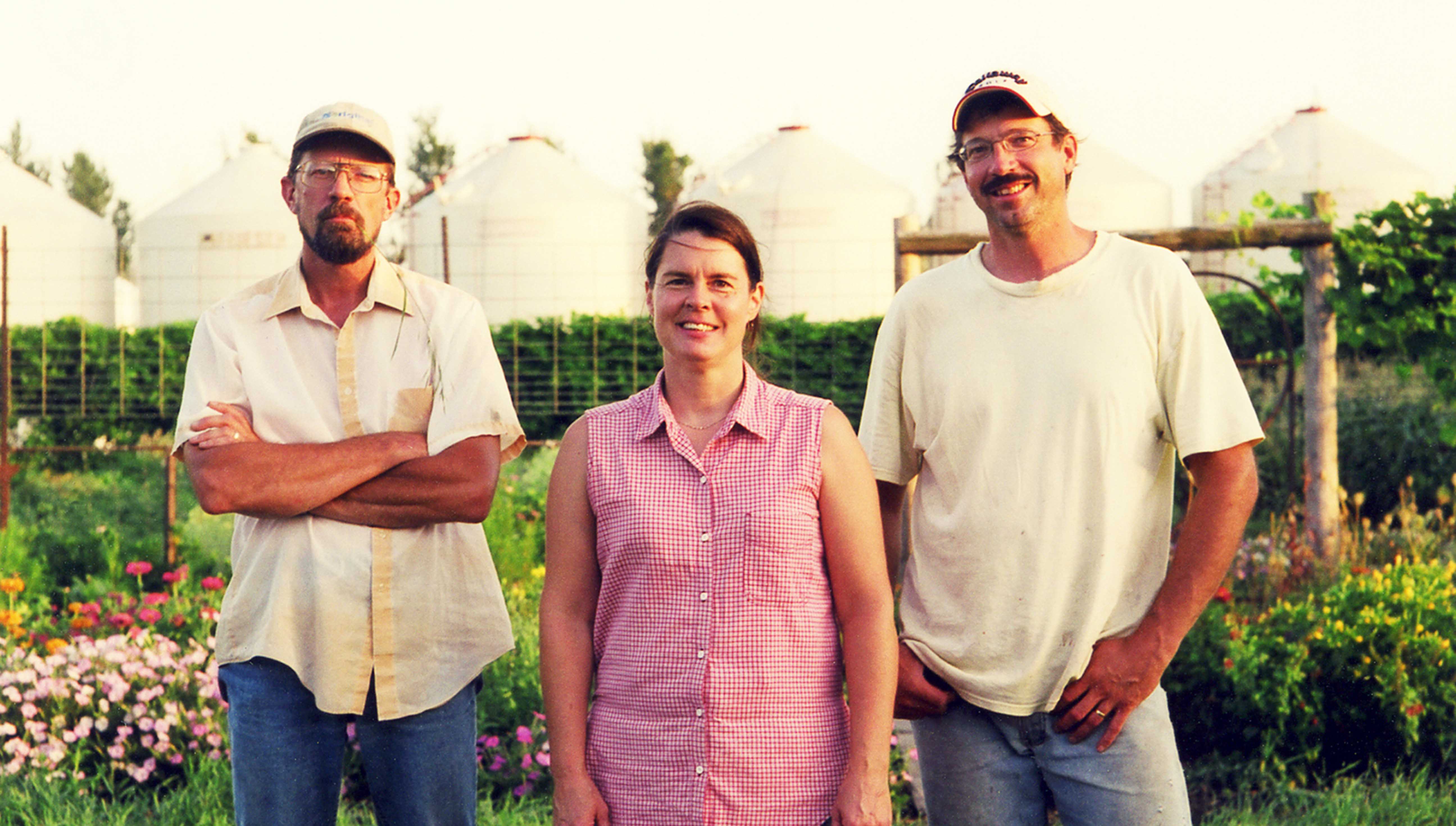 David, Theresa and Dan Podoll pause during a busy workday on their farm near Fullerton, N.D. Photo by Lisa M. Hamilton

‘Gardening has taught me how to farm’

Excerpted from the book Deeply Rooted: Unconventional Farmers in the Age of Agribusiness by Lisa M. Hamilton, Counterpoint Press, 2009

Editor’s Note: Over the course of two years, author Lisa M. Hamilton spent many days with the Podolls, learning about their farming philosophy. Family members still living on the farm are David and his wife, Ginger; David’s brother, Dan, and Dan’s wife, Theresa; and Dan and Theresa’s son, Neil.

For the Podolls, the farm’s first priority is to feed the five people living on it.

“The idea is simple,” David explains. “We live on a farm, so why not grow our own food? It seems so illogical to grow a bulk commodity, send it out, then go to the grocery store and buy everything we need to eat.”

This is a primary reason why their farm plan runs perfectly counter to those of their neighbors. Rather than continually grow, they have designed the business so that the farm can stay small. If it got too big, they wouldn’t have time for the garden. They’ve seen it happen to more or less every farm around: The husband focuses only on cash crops and the garden is left to the wife. In time the wife is needed elsewhere, whether hauling grain, going to town for parts, or taking a job to help pay the bills. Inevitably, the garden is abandoned and the job of feeding the family is outsourced to the people at Super-Value Grocery in LaMoure.

Here, though, the garden is the root of the farm.

I was first introduced to the Podoll’s garden on a snowy winter day, while eating lunch at Dan and Theresa’s house. David was there and our meal lasted for hours, the three telling me how the garden is the hub of their farm and about all the things that radiate out from it.

At some point in the conversation I admitted that my gut response to their emphasis on gardening was the same as, I guessed, many Americans’ would be: that gardening is nice, but it feels dramatically less important that farming—less legitimate. David looked at me solemnly in response. “Gardening,” he said,
“has taught me how to farm.”

The garden allows for intimacy, he explained. “In there you’re close-up. You crawl around on your hands and knees, picking weeds, and you see things, little things, and you smell things. All your senses are used. Being a careful observer like that gives you a better sense of where to plant what, how to rotate things. With that level of awareness you have an infinite ability to finesse the production of your food.”

The garden is the gold standard against which everything on the farm is measured. For instance soil. In the garden it is light, rich, and moist, and never feels weight greater than what’s borne by a pair of boot heels. When David rides some big piece of equipment into the fields, scrutinizing it as he goes, he compares that ground to the garden. “Because of the garden I know what the best soil looks like, feels like, smells like. As long as I’m sitting on a tractor it will never meet that standard, but the standard is always present in my mind. It’s something I’ll always strive for, even agonize for.” 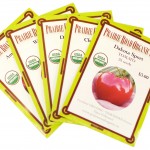 The Podoll family’s garden became the basis for another enterprise, in addition to the organic grains they grow. In 1996, they started growing vegetable seeds for a company in Montana. It was a natural outgrowth of the seed selection they had done for their own use: Saving the seeds of the plants with the most desirable traits.

In the past two years, the Podolls have started marketing their own seeds under the Prairie Road Organic Seed name. Theresa explains that part of their goal is to produce seeds that are relevant to the region in which they are developed. Expanding the market for these seeds will take some education of the consumer, Theresa says.

“There is a difference in seed in where it’s produced and how well it performs,” Theresa said. “There are people who get it automatically, and others who say, ‘I buy from Burpee.’ … (But there is) a growing awareness.

Dan and Theresa hope that they may eventually be able to have all three of their children involved in the farm.

Neil, 15, has started his own garlic business, selling much of it online. This represents a new parenting strategy for Dan and Theresa—their older two children were involved on the farm but they did not have an endeavor to call their own. “The idea is to help him have a college fund when he gets through high school—let him experience the value of starting an enterprise, and putting in the work, and watching it grow,” Theresa said.

Their older son, Nic, 26, just moved back to the area. While his wife works as a registered nurse, Nic is caring for their young son, and around that schedule he is also working on the farm. Theresa said it is working well that he is part-time for now, as it gives them all time to figure out how best to incorporate him. Ideally, she said, this will give them an opportunity to bring livestock back to their farm.

Their daughter, Erin, 24, is a stay-at-home mom in Oregon, but as their seed business expands, they hope to be able to bring her into the operation as well, doing social media and order fulfillment.

The Podolls are definitely doing things differently from their neighbors. Do they view this different path as a sacrifice?

“The farm is able to supply all of our needs, but not all of our wants,” Theresa said. “The American Dream is to have more, to keep up with the Joneses. We’ve made a choice not to play that game… it’s very much a lifestyle choice. Sometimes you look at those choices and go, wow, do we make the right choices? So we are daily renewing the choices.”

The seed business shows the reasons for that choice.

“I can’t think of another farming enterprise where you get to witness the prospering of the work of your hands,” Theresa said. “Holding the seed in your hand, knowing how much food it will provide… I can’t think of anything more fulfilling than that. The lifestyle choices, living within your means, are certainly a challenge. But I’d never trade.”

For more information about Prairie RoadOrganic Seed, go to www.prairieroadorganic.co