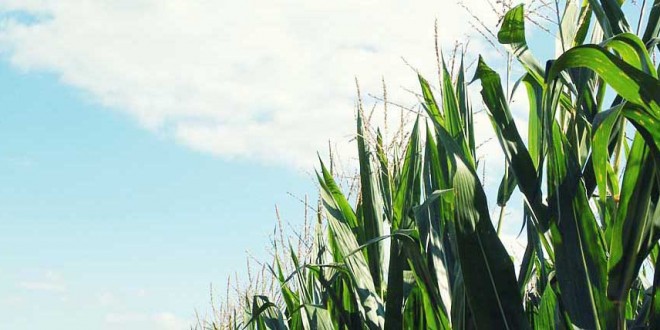 Two decades ago, a summer drive along Dakota roads could take you by fields of color: the light green of wheat or oats, the purple of blooming flax, or the bright yellow of sunflower fields. Today, eastern Dakota fields are almost always two shades of green, the same colors that have been the palette of Iowa and Illinois for decades: the deep green of soybeans, or more commonly, the yellow-topped rich green of corn.

Here’s a look at what’s happening with Zea mays, this crop that now makes up so much of the Dakota landscape.

Why do we grow so much corn in the United States?

Corn is relatively easy to grow.

Corn has an inherent advantage as a plant: Few plants can create as many calories from a given amount of sunlight, water and basic elements. Native Americans recognized and nurtured these characteristics in corn, which gave it added genetic diversity to grow in a variety of conditions. Colonists arriving from Europe saw the benefits as well. In fact, some historians argue that if settlers had not taken on the growing of corn, they would not have been able to build a powerful nation in the New World.

Today, growing two crops such as corn and soybeans is easier than the half-a-dozen crops plus livestock that farmers used to have in their operations in the Dakotas, according to Chris Laingen, assistant professor of geography at Eastern Illinois University. He and his colleague from EIU, geographer and climatologist Cameron Craig, recently traveled through the Dakotas.

“I met with a farmer up by Tulare,” Laingen said. “It was a joke, but he pointed at the side of his truck and asked if I knew what 4×4 stood for. He said, ‘I work four weeks in the spring and four weeks in the fall.’ He plants his field, applies his chemicals. He might have to out there a couple more times, but in the fall he harvests it and that’s about it.”

The push to continue to increase production of corn is in part due to all of the things that we have figured out we can make out of corn, Laingen said.

Corn makes up a substantial part of the American diet, and corn on the cob is a minor part of it. According to author Michael Pollan, of the approximately 45,000 items in an average supermarket, more than a quarter are in some way derived from corn: The corn fed to the livestock that ends up in the meat department, the corn-based sweeteners in beverages and many other foods, the modified corn starch used to hold foods like chicken nuggets together, the glucose fermented to create alcohol in beer, and much more.

It’s not surprising, then, that Americans’ bodies are in large part made up of corn. Todd Dawson, a scientist from the University of California-Berkeley, can test human hair and find out how much of the carbon in it came from corn. For one CNN correspondent who had his hair tested, 69 percent of that carbon was corn-based. “(W)e North Americans look like corn chips with legs,” Dawson says in Pollan’s 2007 book The Omnivore’s Dilemma.

Corn is also used in many nonfood items, such as disposable diapers, batteries, matches and magazines. It can also be used to make plastics.

“Ethanol was a big game-changer, too,” Laingen said. About 5.05 billion bushels of corn were used to make ethanol in 2011, which was more than was used for animal feed (about 5 billion) and far more than was used for human consumption (about 2.5 billion), according to the Scientific American. Laingen thinks, however, that we’ve now hit a saturation point in the amount of corn used for ethanol. 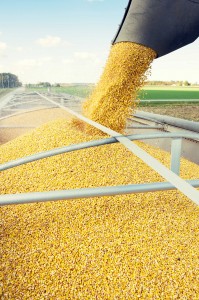 Corn is easy to transport.

In addition to its versatility, corn is also can be exported and shipped easily, and “it doesn’t have has many issues with storage as small grains do,” Laingen said.

Much of the growth in corn production now will be sent to Asia, where an increase in population and a change toward more American-style eating mean corn is in demand. South Dakota Wheat Growers—which may want to consider a name change in the near future, since it now deals much more in corn than in wheat—has invested millions in its Connecting to Tomorrow project, which is designed “to reach global markets more efficiently and with higher volumes,” according to the Wheat Growers website.

Between 1939 and 2010, average U.S. corn yields increased six-fold, to a high of 165 bushels per acre. This increase was in large part due to the introduction of hybrid seeds and the increased use of nitrogen fertilizers.

One example a genetic improvement in corn varieties: Cornfields are much more crowded than they were a few years ago. Researchers have neared the natural limit on how many kernels can be grown per ear and how many ears can be grown per plant, but they have still been able to increase yield by creating varieties that are more tolerant of the stress of being very closely spaced in the field.

Are there problems with growing this much corn?

A massive corn harvest does have some negative side effects. Some examples:

What do we mean by the “Corn Belt”? 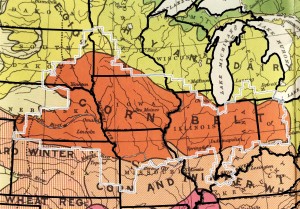 The background map here shows agricultural regions of the United States as delineated by O.E. Baker in 1927. The borders of the Corn Belt as defined by the U.S. Department of Agriculture in 1950 are super-imposed over the top. Image courtesy Chris Laingen. Click on image to enlarge.

1927 – Agricultural geographer O.E. Baker drew a rough outline of the Corn Belt in 1927, shown in the dark orange area on this map. He described the Corn Belt as a region “in which corn is produced in great quantities and is more important than any other crop.” This region included only the southernmost Dakotafire counties: Sanborn, Miller, and parts of Jerauld, Beadle and Kingsbury. Most Dakotafire counties were in the “Spring Wheat Region.”

1950 – The U.S. Department of Agriculture did a more precise map of the Corn Belt based on county lines. The Corn Belt now included several South Dakota counties just outside of the James River Valley that hadn’t been in Baker’s 1927 version: Roberts, Grant, Codington and Hamlin.

How has the Corn Belt changed?

In 1986, John Fraser Hart, who studied the rural landscapes of the United States, noted that “The Corn Belt is in turmoil. Its traditional system of mixed farming, which had flourished for almost 150 years, has been replaced since World War II by highly specialized types of agriculture.” He was looking at the 1950 USDA borders of the Corn Belt when he made that statement; now, Laingen and Craig find, that change has spread with the Corn Belt into all Dakotafire counties in North and South Dakota, and even farther north than that. 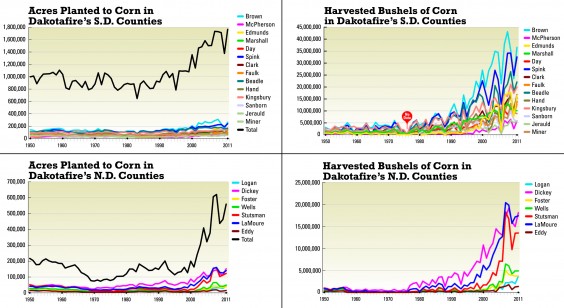 What will happen in the Corn Belt next? 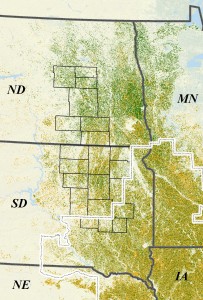 Areas in yellow indicate where corn was grown in 2011 based on the USDA Cropland Data layer, is derived from satellite images that show where various crops are being grown. Areas in green show where soybeans were grown. Dakotafire counties are outlined in black; the dotted line with white border shows the 1950 USDA demarcation of the Corn Belt. Image courtesy Chris Laingen. Click on image to enlarge.

Laingen is tracking the march of corn northwest, into regions that did not have a long enough season to grow it until recently.

“There is a convergence of technology allowing corn to be grown up there when it couldn’t have in the past just because of how long it took corn to mature,” Laingen said.

He and Craig took a drive through corn-growing country in preparation for future work demarcating how far the Corn Belt has spread. Their tour resulted in an article entitled “Another Notch in the Corn Belt,” which was published last summer in Focus on Geography.

According to Laingen and Craig, “Two themes that we heard and saw evidence of time and time again were 1) increased production and 2) the phrase ‘we’re going to grow what makes the most economic sense.’”

Nationally, U.S. farmers are planting the largest corn crop in 75 years. If the weather cooperates, the U.S. could produce 48 million tons of corn this year, up 4.5 million tons from last year. This could lower corn prices significantly, but even so, the overall “economic sense” of corn is unlikely to be affected.