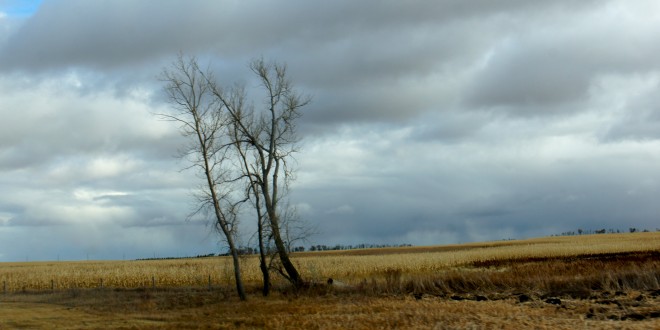 COLUMN: The culture of rural places has a ‘leaving’ theme

From the time they are born, rural children grow up in a culture that teaches them to leave the places they call home.

That’s the way it’s been throughout American history. When the first immigrants came to America, they were determined to provide their children with better lives than they had. One of their first concerns was building schools to give their children the knowledge and skills they would need to succeed in the developing nation. They also taught their children not to submit to repression and exclusion from opportunity, as they had been in the Old World. The result of those lessons was often the outmigration of young people from the rural communities in which they were raised to seek more fulfilling lives elsewhere.

This phenomenon is described in a significant segment of American literature. Hamlin Garland, for example, described his family’s move to a homestead claimed by his father near Ordway, S.D. He tells of the onerous labor that he and his brother were expected to perform to keep the farm running, but also of the liberating role that school played in their development. When Garland’s family moved to the James River Valley, he had graduated from public school and had aspirations for less menial and more intellectually challenging work.

His experience as a homesteader in McPherson did not convince him otherwise. During a trip to his claim, Garland was caught in a blizzard, which nearly cost him and his horse their lives.

Adding to Garland’s discontent with rural life was watching the deteriorating effect it had on his mother, who was worn down by the fatigue and isolation of frontier life. When he became a literary success, he bought a home in Wisconsin for his parents near where they had once lived, with family close by. Garland’s account of his own life reflected a trend pursued by many young people of talent and ambition.

American literature also suggests that certain disaffecting characteristics of rural life have motivated young people to leave. Willa Cather captures these qualities in her novel My Antonia. Antonia and other young women find domestic work in a small town, but they also find the very repression that caused their parents to flee the Old World replicated in small-town society. Antonia marries and builds a life for her family on the farm, removed from the small-minded and gossiping factions that rule town life, but the young women are expected to submit to servitude, are under disapproving sanctions for going to dances, and are the objects of social and sexual predators. Most move on to larger communities to escape the oppression and dismal prospects of rural life.

Our education system has continued the same lesson running through this literature: It has done a tremendous job preparing young people for life in other places and has served largely to transition them from rural life to urban life. Our colleges have aggressively recruited students with the claim that they will prepare them for success anywhere.

The need for science and technology in our curricula to meet the future is indisputable—but this emphasis has had the effect of diminishing the humanities and the arts. In many colleges, humanities departments have been reduced to providing a smattering of courses so that students can be said to have a well-rounded education. Few students have an understanding of the forces that actually created American culture. The teaching has been concentrated on vocational skills that prepare students to move, with little attention paid to how communities are built and lived in.

For those interested in rural revival, American letters offer a reservoir of ideas. Our history shows a quest for financial success, but it also shows a quest for cultural development that satisfies the needs of the human spirit. The attraction of urban society is that it offers a multitude of ways to satisfy those needs. Our government and our technology developed as a means of providing not merely a living but of reasons to live fully and actively. Literature depicting “the revolt from the village” is laden with analysis of why some communities do not work. People are offended at the critical portrayals of rural community life, but they show one important reason why young people move away.

There is much concern in South Dakota over the “brain drain” as young people move through the education system to venture to other places. However, colleges are also cultural centers that participate in community life. They possess knowledge and skill sets that could be directed toward rural renewal. If the knowledge and creative energy contained in them were unleashed on rural problems and given support of the level approaching athletic programs, they would become community centers rather than transition stations.

Many of the factors that have shaped rural life are known, others still have to be carefully defined—but if bright people were given the task, many would stay around to take on the job of building the kind of community where people would like to stay.

David Newquist is a retired Northern State University professor who lives in Aberdeen, S.D.
He blogs at northernbeacon.blogspot.com.

Agree? Disagree? We want to hear from you!

Comment on below, or send a letter to the editor at Dakotafire Media, Letters to the Editor, PO Box 603, Frederick, SD 57441 or e-mail submissions to heidi@dakotafire.net.