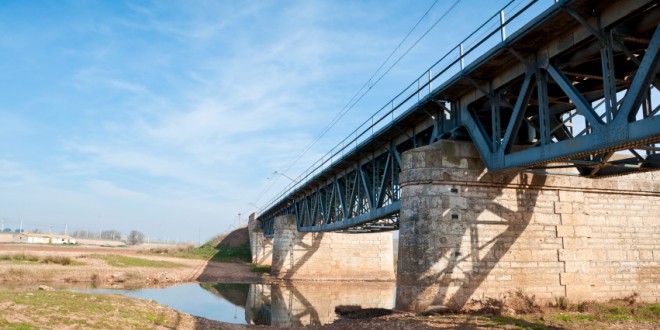 When an Interstate 35 bridge collapsed in Minneapolis in 2007, many Americans were shocked that such a thing could happen in the United States. As people started looking into the state of the nation’s bridges, the bigger surprise was that we haven’t had many more such tragedies: Many of our bridges are at the end of their expected lifespans and need maintenance or replacement.

That I-35 bridge was determined to be both structurally deficient and fracture-critical—designations that serve as warning signs for possible disaster. 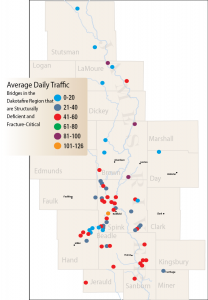 Average daily traffic on bridges that are structurally deficient and fracture critical. Graphic by Troy McQuillen. Click on image for larger version.

Engineers deem a bridge structurally deficient if key features are rated as poor. More than 11 percent of the nation’s bridges are structurally deficient due to lack of maintenance. “While not inherently unsafe, states must post limits for both speed and the number of vehicles permitted to travel across these bridges,” according to saveourbridges.com, a website run by author and infrastructure advocate Barry LePatner. “In short, structurally deficient bridges no longer meet the original design standards for which they were designed and therefore, from an engineering standpoint, have already ‘failed.’”

A bridge is fracture-critical if it was built without certain redundancies, so that if one key piece fails, the whole structure collapses.

Bridges that are both structurally deficient and fracture critical “pose a danger to the public unless they are soon remediated,” according to saveourbridges.com.

(There is another term used for bridges: functionally obsolete, which means the bridges aren’t up to today’s standards for load limits or land widths. These bridges might be otherwise structurally sound.)

The Dakotas are in pretty bad shape compared to much of the nation—fifth and ninth of the list of states with the highest percentage of structurally deficient bridges, according to the American Society of Civil Engineers’ Infrastructure Report Card. But some officials have argued that this designation (without the “fracture critical” label) doesn’t mean the bridge is inherently unsafe—unless a bridge gets that designation, is not likely to be repaired or replaced, since such bridges get priority. That might result in some relatively safe bridges getting a “structurally deficient” designation just so they get on the maintenance schedule.

The other problem is how these projects look in a cost-benefit analysis. Bridge repairs are costly—few people would benefit from their repair. Most of these bridges have fewer than 100 vehicles a day on them. Some of them have fewer than 20 cars per day. The counties and townships that are responsible for these bridges hear a great many more complaints about potholes than they do about a bridge that is still standing.

That makes the cost-benefit analysis a pretty easy math problem for cash-strapped local governments, but it’s harder for the farm family that has to cross a bridge daily to get to town or to school. Their lives are the ones potentially at risk.

But when there’s no money, there’s no money. Some townships have removed small bridges, replacing them with culverts; others have placed load limits on them. No matter what labels the bridges have, the math doesn’t work to do much else. 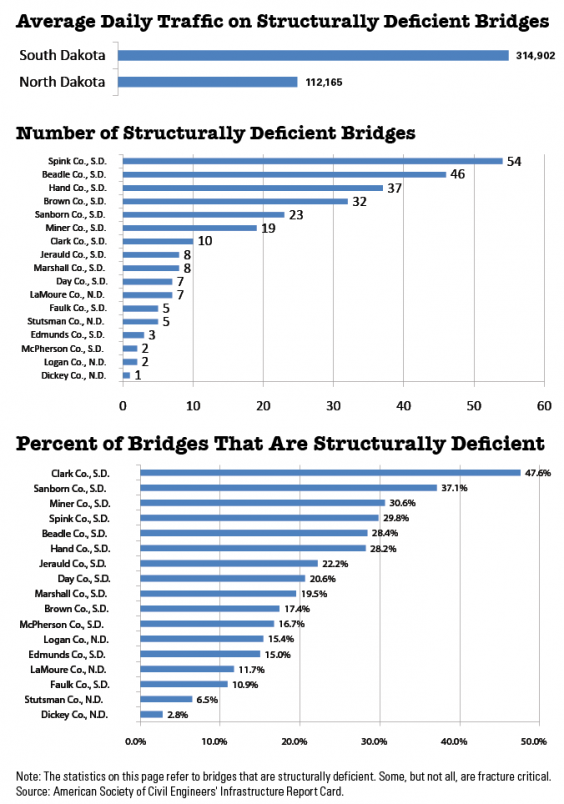