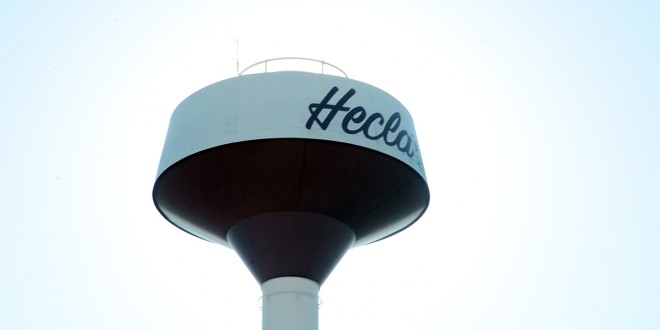 The mystery of Hecla’s disappearing water 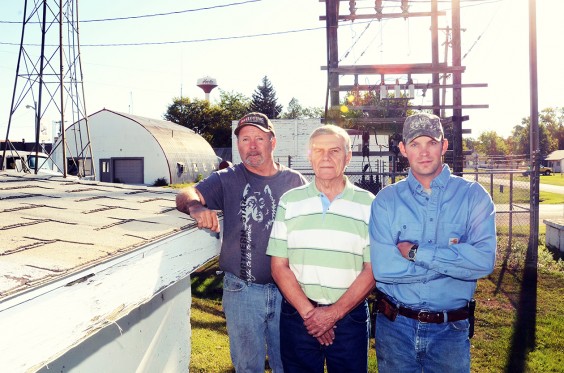 It might have been an entertaining puzzle for the town of Hecla if the mystery of their missing water didn’t cost so much. 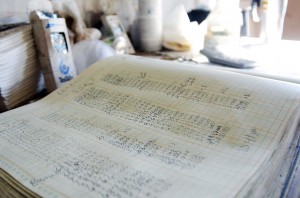 Hecla's water monitoring is done in a building which used to be the town jail. They still log the meter reading by hand in a ledger near the intake pipes. The numbers are then entered into the computer at city hall. Photo by Troy McQuillen.

“If you look at what we’re billing and what we’re pumping, we are losing about half our water somewhere,” Hecla Finance Officer Gayle Lloyd said in early August.

Lloyd said she suspects the city long had a problem of losing some water, but city officials really had no way to measure it until going on the BDM system in February 2008. Then the problem became significantly worse this year.

Some water loss is expected in the process of transmitting it to customers, but Hecla Mayor Lloyd Trautmann said that engineers have told him that the loss should not be any greater than 15-20 percent. In 2010 the water loss was 35 percent, and so far this year it has mushroomed to 54 percent.

“We figured that if we have a leak it should show up above ground sooner or later,” Trautmann said in early August. “But we just can’t seem to locate anything.” 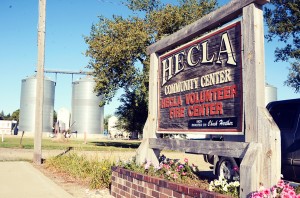 The city looked at possible meter problems and at some water lines that may not have been hooked into the water system, but with the amount of water loss something else had to be happening.

The Hecla mayor said that the South Dakota Association of Rural Water Systems of Madison has a special unit that can check for where water loss is occurring, but there was a problem: All curb stops and main valves to the water mains have to be functional.

“Unfortunately, some of those curb stops and valves have not been used for so long that we’re not sure we can get them to work,” Trautmann said.

In the meantime, the town had a meeting on Aug. 8 to ask residents to look for clues to where the water might be—lush green patches of lawn, for example. No one had any answers.

Then there was a break in the case. Or, actually, a case of finding the break.

A resident was out walking early one recent morning and noticed water bubbling through a crack in the asphalt. But what still mystifies Trautmann, as well as engineers, is why the water didn’t show up much sooner.

“We shut off water mains in various places to see if we could find where the leak was occurring,” explained Trautmann. “The water seems to have surfaced when we turned the valves back on again. So maybe that slight jolt is what made it finally surface.”

City officials still don’t know where the water was going. Several neighbors near the leak have deep sump pumps, and those pumps had not been running. The city also didn’t have any indication that excess water was showing up in the sewer lines.

Hecla does not yet have any numbers to see how much difference repairing the leak has made. Water billing is always a month behind, so once those billing numbers are in, officials will be able to determine if any other major water leaks likely exist.

“The very first morning after we repaired the leak we did get a call from BDM asking if we had trouble with our power because the pumps had not turned on overnight,” said Trautmann. “We’ve definitely seen a substantial drop in the water that is going through our meters.

“We’re smiling at that much improvement,” Trautmann said. “We’ll see what happens in two months when we can get better figures.”

But he also expects that future problems will likely occur.

“A year ago we had exactly the same thing happen when a galvanized pipe rusted through, and we don’t know exactly how many other old galvanized connections there are from residences to curb stops. There could be others that are in the process of minor leaks.

“But usually you can tell when you have a major leak because the water comes to the surface rather quickly. Why this one didn’t show up for so long is totally baffling to us and to engineers.” 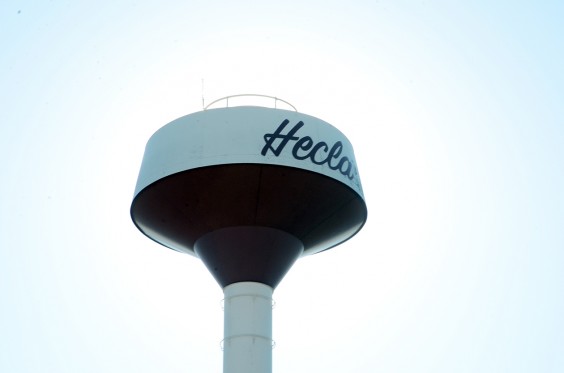