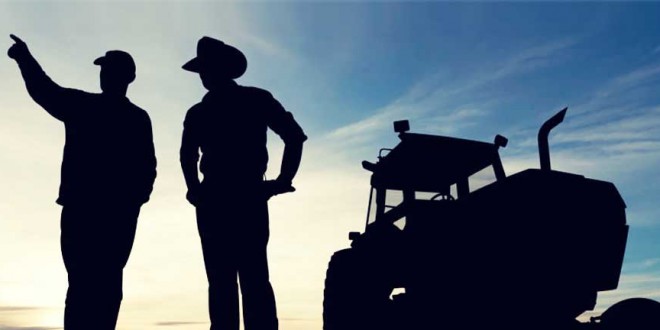 Bucking the trend: Day County farmers find their niche or make do with less

The trend in agriculture is that farms are getting bigger and fewer and those who operate them are getting older. There are some farmers out there, however, who are surviving this trend by adapting their ways.

Todd Vander Linden breaks the mold when it comes to the belief that farmers have to grow up on farms. “Ours is a family of teachers, car dealers, businessmen and lawyers,” he said.

After graduating from high school Vander Linden served in the U.S. Navy and was attending the University of South Dakota when he got the call to come home.

“My grandfather owned an auto dealership, and he often took cattle in trade as partial payment for a vehicle,” Vander Linden explained. “It got to a point where he bought 80 acres north of town to keep them. He had a hired man, but my mom and dad spent time out there, and we just kept adding on.”

Vander Linden made the move to farming when he had a chance to farm a couple hundred acres in addition to taking over at the farm. Today he farms and raises 600-800 select Black Angus bred heifer replacements, which are sold to buyers around the country.

“I learned how to farm with advice from neighbors, my own research and consultants,” he said. “I’ve made some mistakes along the way, but I’m trying to do it right. (Farming is) a tough business and you have to take some risks along the way.”

Vander Linden, the father of two girls, says it’s his intent to keep the farm in the family.

Lonnie Johnson: Balancing Work on the Farm With Employment Elsewhere

Grenville farmer Lonnie Johnson has been a small grain, row crop and cattle farmer for the last 31 years and over that time he’s also worked outside jobs as a crop adjustor and school bus driver for 28 years.

Johnson estimates his income from both sources is about equal. He was always interested in being a farmer, he said. His farm has been in the family for more than 120 years.

Johnson says he’s been satisfied with working off the farm and probably wouldn’t consider expanding his farming operation unless one of his four sons was interested in becoming a full-time farmer. “I would have done it (expand) years ago, if I wanted to get bigger,” he said.

Dan Gisselbeck began farming with his dad near Arlington and eventually moved to Day County and bought his wife Marcia’s parents’ farm.

Gisselbeck started as a traditional farmer but eventually decided he had to find a niche market if he wanted to stay in agriculture.

Four years ago, that niche became organic beef. “I knew that consumers want to know where their meat comes from and that it doesn’t contain a lot of undesirable additives,” he said.

Gisselbeck’s enterprise had a temporary setback when his wife was diagnosed with cancer, but now he’s back on track pursuing his dream.

Gisselbeck has also ventured into another niche market when he started to grow non-genetically modified soybeans, which he sells to a distributor in St. Peter, Minn., who in turn cleans and processes them for export.

When he’s not busy with all of those activities Gisselbeck also manages to put in a full shift at a local ethanol plant. Without finding these markets, Dan admits he probably wouldn’t have stayed in farming. “It’s awfully tough for us young guys to compete with the big boys,” he concluded.

Leo Warrington grew up on the family farm his dad purchased in the 1940s. He took over the operation and later made the decision to get into the seed business.

Today, Warrington’s two sons run the farm while he directs the seed business.

A family that once was made up of traditional farmers went through a transition seven or eight years ago and is now almost entirely geared toward niche markets. They’ve been able to add value to their commodities.

“There’s been a lot of this going on in North Dakota, but here in South Dakota we’ve lagged behind,” Warrington said. “We’re working with a North Dakota company who does the processing and shipping. Their clients want to know where their exports come from, and that they haven’t been tampered with before reaching their final destination.”

The soybeans are shipped in sealed containers for quality assurance and crushed food products.

The Warringtons gradually ramped up their GMO soybean operation to a point where they’re also doing seed test plots and are even looking at getting into GMO wheat.

“It’s worked well,” Warrington concluded. “They pay a nice premium, but we do have higher production costs. This is something that the big boys probably aren’t interested in.”

Their focus on specialty markets has allowed his two sons to stay in the business without substantially expanding their acreage.

Bob Whitmyre: Enjoying a Second Career Back on the Family Farm

When Bob Whitmyre graduated from high school in 1981 his plan was to take over the family farm south of Webster from his dad, Maynard, but a tough economy dashed that dream. Whitmyre went to college, got an engineering degree and worked in Owatonna, Minn.

In 1995 Whitmyre returned home to take over the farm, and in 1998 he purchased some acres of his own and kept working full time as a purchasing agent for a Watertown manufacturer.

Today Whitmyre takes a diligent approach to farming as he raises cattle, corn and soybeans. He says he’s unlikely to expand his farming operation.

“When I started, 1980-85 were tough years, especially for young guys like me who were starting out,” he said.

Whitmyre hopes to pass this 120-year-old farm down to his three children, although he isn’t sure whether any of them will be farmers. He said this year was the first time his on-farm income exceeded his off-farm revenue.

“I enjoy all aspects of farming,” he concluded. “I like to get outside to do those things. It’s just a great way to end a day.”