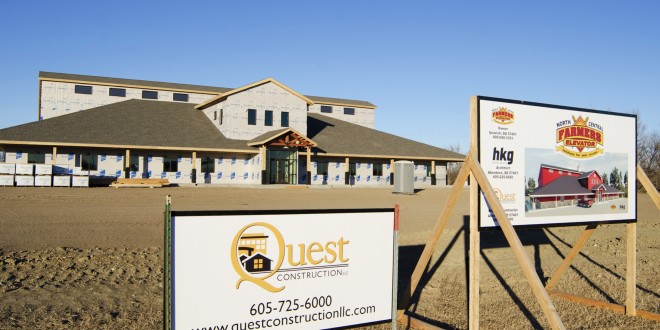 According to reports in the North Central Farmers Elevator’s newsletter Solutions for Your Success (October 2011), the co-op’s last fiscal year was historic, with a record-breaking $515 million in sales volume. Profits for the fiscal year were $9.055 million, before tax.  The last four months of their fiscal year saw huge volumes for the company, even with the condensed spring planting window. Volumes for this fiscal year compared to 2010 were:

Their new corporate headquarters, on the east edge of Ipswich, S.D., are near completion. According to Keith Hainy, General Manager, the co-op plans to inhabit their new facility in mid-March.