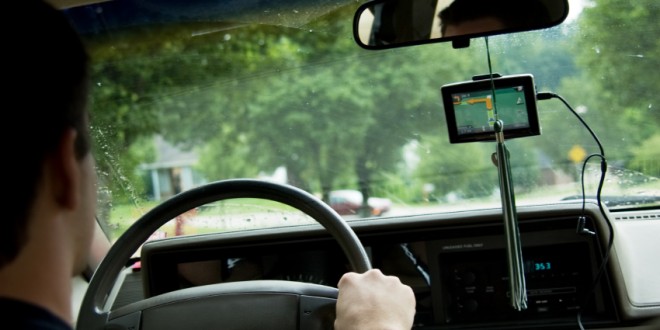 Earlier, we ran an article on the bad decisions teenagers tend to make when emotions are high and the difficulty in combating irresponsibility in their driving. One group of Madison teens is encouraging their peers to do better. They call themselves Buckle Up Bulldogs.

Six years ago, the Madison community had an unfortunate realization. A student survey at Madison High School revealed that students were not wearing their seatbelts when driving and were also getting into cars without buckling up. Buckle Up Bulldogs, a student-led extra-curricular organization, was formed to raise awareness for driving safety.

Diana Larson, the guidance counselor from Madison High School, organized the group. She and her first group of students were convinced that they could directly affect the outcome of teen driving and decision-making by promoting change. Buckle Up Bulldogs now has 42 members from the freshman through senior classes. With Highway Safety Grant and State Farm Distracted Driving Grant funding, the group has been able to enact many awareness programs, such as posting signs, setting up information at local businesses and athletic events, and starting elementary education programs. “Awareness is our main goal,” says Larson.

Having teenagers educate other teens is effective, Larson says. “It’s important that they resolve to make the decision to set strict rules for their passengers and them, such as always putting on the seat belt and not texting.”

This peer-to-peer initiative encourages students to set boundaries with each other cooperatively, because it seems less like an adult is imposing their rules on them.

“They have so much going on in their minds, and their priorities and ability to focus are different. They haven’t made the conscious decision to pay attention,” Larson says.

But teenagers are impressionable and open-minded, so they can develop good habits early. Larson says that the group that is hardest to change is actually men 20 to 40 years old, because this older population was never required as younger drivers to develop good habits.

Buckle Up Bulldogs also aims to improve the driving habits of the parents dropping off students at the schools so the kids can be led by good example.

Becky Froehlich Buckle Up Bulldogs decision Madison risk teen 2012-05-28
Heidi Marttila-Losure
Share !
Previous: FiredUp: Finding childcare in rural places can be a challenge
Next: FiredUp: No one is actually throwing granny off a cliff, even if political ads say so
Scroll To Top