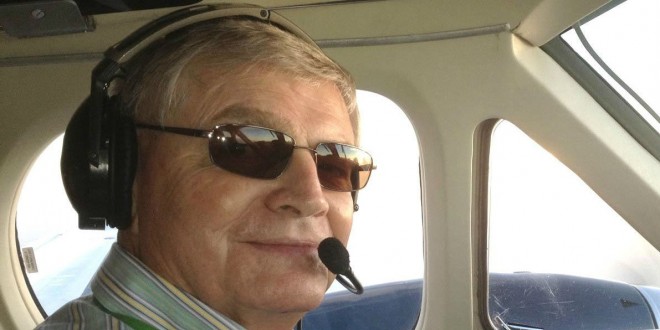 Britton native to be inducted into South Dakota Hall of Fame

While growing up in the Britton area, Bernard Christenson couldn’t have scripted the impact he would have on the state of South Dakota.

The 1956 Britton High School graduate went on to head the Department of Criminal Investigation, the South Dakota Community Foundation, and has been a friend and confidant to a number of the state’s governors.

Now living in Pierre, the 75-year-old Christenson will be recognized for his role in state history by being one of 10 new inductees into the South Dakota Hall of Fame Friday and Saturday in Chamberlain.

Established in 1974, the Hall of Fame’s purpose is to recognize and honor pioneers and outstanding leaders from all walks of life who have contributed to the development and heritage of South Dakota.

The weekend activities will conclude with an honors banquet and award presentations at 5:30 p.m. Saturday at Cedar Shore Resort in Oacoma.

“When I heard I was selected I was very humbled and couldn’t believe it,” Christenson said. “I felt kind of like Pete Peterson, one of my old buddies at Britton High School, when he would say, ‘What would Esther Colton say about this?’ She was our English teacher and always kind of brought us back to earth.”

Christenson, who moved to the Quarve farm northeast of Britton with his family from Brampton, ND,  as a sixth grader, has never forgotten his Britton roots and points to major local influences in his early years that shaped his life and career.

“Things go good for you in life and you look back and say, how did this happen? I think of people like Darwin Olson. I worked for him in high school, and he taught me how to work. I washed a lot of cars for $2 and had to have them done in less than an hour while waiting on people coming to the gas station. He hustled me right along, and I have kept that work ethic forever. Darwin was one of those people that gave me a lot of insight in how to succeed in life.

“I was a grade school kid growing up northeast of town, and the Hagen girls used to pick me up to go to Sunday School and confirmation,” added Christenson. “They didn’t have to do that, but they did, and those things are life changers.

“I didn’t have any money to go to college and my sister Marian and her husband, Don Raines, of Groton loaned me money to go. Things like that gave me opportunities.”

Christenson attended South Dakota State University for two years before going to the service. After being discharged he came home and finished his degree, graduating March 15, 1963. Then came another Britton connection.

“Frank Farrar called me up at 10 a.m. the day I graduated and asked if I wanted to go to work. I had applied for a job with the Department of Criminal Investigation (DCI), and Frank was the state attorney general at the time. That was a real turning point in my life, and Frank has been a lifetime supporter of mine.”

Christenson’s interest in law enforcement can also be traced back to his hometown.

“My mother used to play bridge with Jim DeVine’s and Lawrence Nelson’s wives, and Lawrence was sheriff at the time. He would come out to the farm with the red lights on his car and siren, and ever since I was 10 I wanted to be in law enforcement. My Dad, Oscar, was also sheriff in Marshall County from 1920-24.”

His career with the DCI paralleled several major events in the state’s history.

Christenson was involved with the riots at the Custer Courthouse in 1973, and he ended up commanding a state tactical team that dealt with the American Indian Movement (AIM).  He was assistant director of the DCI when the houses of ill repute were closed down in Deadwood and gambling shut down in Winner.

When the nationally famous “pot plane” that was attempting to smuggle bales of marijuana into the country landed on the Missouri River bluffs near Akaska in 1980, Christenson was the pilot that flew the four-engine plane back out.

“When I look back at my time with the DCI, I’m most proud of the fact that I never killed anybody. I was always a cool responder and was never intimidated. I think intimidation can sometimes cause overreaction.”

The second phase of Christenson’s career involved the South Dakota Community Foundation. William L. McKnight, who was born in White and went on to be the CEO of 3-M, created the McKnight Foundation, and to commemorate his 100th birthday his family approached Gov. George Mikkelson about creating a state-wide foundation. McKnight would put in $2 million if the state would match it, and 3-M would put in $3 million if money was raised to match that amount.

“The governor asked if I would head the effort to raise that money. He could have asked anybody in the world,” said Christenson, “and that was a life-changer for me. He gave me the opportunity to succeed in something that I knew nothing about, but I quickly learned and the foundation became quite successful.”

Today about 95 communities are under the umbrella of the South Dakota Community Foundation.

“We called it a community savings account and people bought it,” Christenson noted. “And there are hundreds of funds but just one agreement, so you don’t have to have a lawyer and accountant. Another plus is that the Foundation’s goal has always been to operate on one percent of its value. That demanded a lot of the staff but it’s what makes the South Dakota Community Foundation what it is.”

During his entire career Christenson has also been a pilot. He was inspired as a  youngster by his cousin, Dorn Christenson, a pilot killed in World War II, and when he went to school at SDSU he earned his private pilot’s license.

Then when he first began work with the DCI in Chamberlain he drove back to Aberdeen every weekend to continue pilot training. Christenson has served as a pilot examiner for 40 years and licensed about 1,700 pilots. He was also a partner in a flying service that had up to 26 airplanes and hauled freight to seven states.

He has served as the pilot or given flight instruction to every governor since Frank Farrar, taught Gov. Janklow to fly, and Gov. Mikkelson, who had always wanted to learn to fly, soloed shortly before he was killed with seven others in a plane accident on a state trip.

Looking back on his career, Christenson is most proud of the fact that he was his own man, even though he may have been difficult at times.

“I think my peers would view me as challenging. I was more interested in doing what was right than what somebody wanted politically, and I don’t think I marched to anybody’s drummer except my own. I did it my way and had fun doing it.”