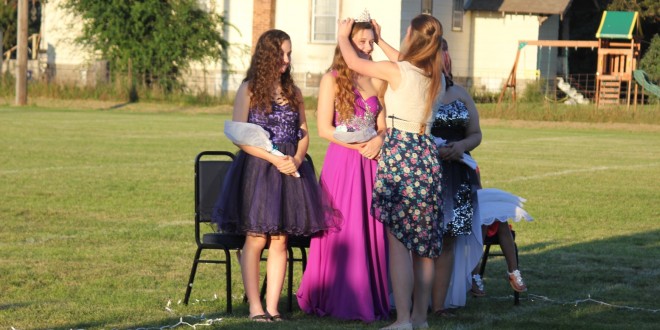 Consolidations of schools and sports teams are common across both Dakotas, and they often change the way homecoming unfolds in those schools and communities.

Corsica and Stickney, S.D., will celebrate their first homecoming as a consolidated school district this year, but shared football has been the norm for several years. With the elementary school in Stickney and high school in Corsica, separate spirit days and activities are planned, but Elementary Principal Ferra Kemp said all of the Corsica-Stickney Jaguars will march as one through parades in both towns before gathering for a tailgate party and game in Corsica.

“There are a few bumps in the road, as (is) to be expected, but as a whole it is going very well,” she said.

School officials in nearby Kimball and White Lake say sharing a single homecoming has gone well there, too. Each member of the Kimball/White Lake WiLdKats hosts its own parade, and the towns take turns hosting the tailgate party, football game and dance each year. 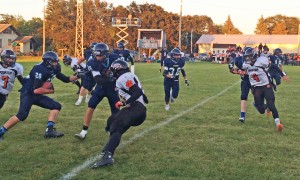 “The consolidation works very well,” White Lake Superintendent Bob Schroeder said. “Supporters bring their floats to both parades, making each one bigger and better. The two high school bands come together and raise the team spirit. And what an impact, having our bleachers full of enthusiastic fans.”

With three communities in a single school district, the Sully Buttes High School homecoming affects the entire area, with widespread school spirit shown through dress-up days in all locations, Main Street Onida painted by members of the high school classes, and representatives of both the Blunt and Onida elementary attendance centers helping with coronation festivities. Students in those facilities gather together on homecoming day for lunch and games before taking part in a parade in Onida.

Homecoming in Ellendale, N.D., isn’t “your father’s homecoming,” according to Superintendent Jeff Fastnacht. The Ellendale School District rotates hosting the homecoming football game with its cooperative schools in Edgeley and Kulm and hosts its own coronation, but the rest of homecoming week is relatively uneventful.

Homecoming week festivities center around more than just the game, but the events lack the pageantry and flair that once was, Fastnacht said.

In Ethan, S.D., growth had an unexpected effect for the prospering school.

An increase in enrollment at both Ethan High School and Bridgewater-Emery High School has raised the combined Daily Average Membership—a number based on enrollment and used by the South Dakota High School Activities Association to determine team classifications—of the Seahawks football cooperative, and disqualified the team for play in the nine-man division. Instead, the five-year-old cooperative now must compete with 11 players on the field. In the past, separate homecoming games were held on the Ethan and Bridgewater-Emery fields, and each school held separate corresponding activities. Eleven-man teams, however, must compete on 100-yard fields. Ethan’s field is 80 yards long.

“It makes it hard for homecoming, especially not having a home football game, because typically that’s how homecoming week has always come to a close—with a homecoming game on Friday,” said Tim Hawkins, Ethan High School principal, athletic director and assistant Bridgewater-Emery/Ethan football coach. 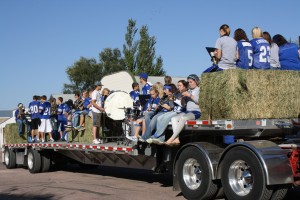 Ethan, S.D., is redefining homecoming this year, without its popular parade, tailgate party and afternoon football game. The Bridgewater-Emery/Ethan Seahawks moved up to the state 11-man roster this year, meaning Ethan’s 80-yard football field can only be used for practice. (photo by Wendy Royston, Dakotafire Media)

Ethan Superintendent Terry Eckstaine said the popular parade and tailgate parties will not be held because the student council has opted to change the way the day unfolds. Instead, there will be a powder puff football game and rowdy rough volleyball match—male and female players will swap playing fields for an afternoon of fun open to the public. A pep rally will conclude the afternoon in Ethan, and students are discussing options for entertainment following the tailgate party and game in Bridgewater. The traditional homecoming dance was dropped a few years ago, due to lack of interest.

Eckstaine said he hopes the new plans “get the kids fired up about homecoming and remember what homecoming’s all about,” adding that it was important that planning was the responsibility of the student body. “We want the kids to have a say in what happens.”