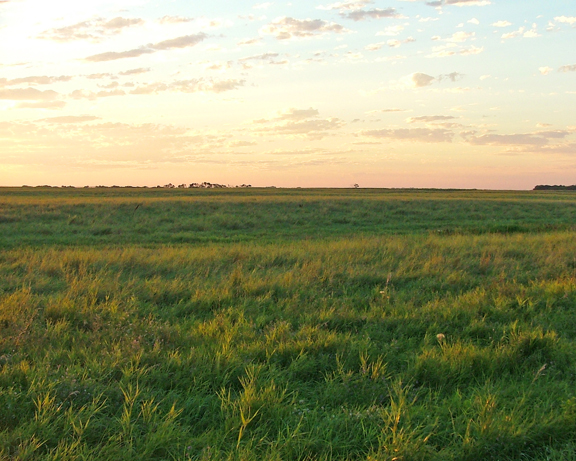 This stand of CRP in Brown County was plowed up in spring 2011, as part of a general trend toward less land in CRP.

Decision time for farmers: To CRP or not to CRP?

The future of South Dakota’s pheasant population is at a crossroads.

Through April 6, agricultural producers and landowners can enroll eligible land into the Conservation Reserve Program (CRP) during a general sign-up period, and their decisions will affect pheasant populations in the region.

CRP provides valuable nesting and brood-rearing habitat for pheasants. Since 2007, Day County has lost between 30,000 and 40,000 acres of CRP. This year another 11,000 acres have contracts that are set to expire which will leave about 45,000 acres enrolled in the program, according to the county FSA office. Landowners are encouraged to bid highly erodible and sensitive land during this general sign-up. Producers whose offers were not accepted in last year’s sign-up are strongly advised to consider making an offer again this year. In an effort to improve CRP enrollment in South Dakota, the Game, Fish and Parks Department is offering a CRP cover upgrade incentive of $50/acre. Those who choose to upgrade the cover on their expiring CRP from a one-to-three species mix to a 5-15 species mix can maximize their chances of being accepted.

In return for the incentive payment, participants are required to open those CRP acres to public hunting access through GFP’s WalkIn Area program for the length of the CRP contracts.

One reason more acres haven’t been reenrolled in the past is because the cover on expiring CRP acres didn’t score high enough.

“We have been told by numerous CRP participants that they did not have the money to upgrade their existing CRP cover during the past couple of general CRP sign-ups,” said Mark Norton, GFP wildlife biologist.

“We hope that by offering the cover upgrade incentive it will encourage more CRP participants to upgrade their existing cover and result in more acres of CRP in South Dakota.”

Day County FSA supervisor Kelly Cape says the GFP program should help with the general sign-up effort. “Having the incentive will help producers offset some of the costs of maintaining good cover grass,” he said. Cape admits it’s hard for producers not to farm given today’s high commodity prices, but he also noted some acres, especially smaller parcels, may go back into CRP if they don’t fit into a producer’s current operation, or the producer has an interest in maintaining wildlife. “The big thing is that farmers have lots of options,” he said.

Cape noted CREP still generates a lot of interest. “We encourage producers to to us and see what options might fit them best,” he said.

Ben Lardy, a Pheasants Forever-Farm Bill wildlife biologist agrees with Cape. Lardy has been traveling northeast South Dakota trying to match producers with conservation programs and agrees Day County will have a significant chunk of the CRP set to expire this fall.

He said the GFP incentives will be “a huge help” because “they will mean grasses and better nesting habitat.”

Lardy said that besides meeting with producers personally his organization has scheduled informational CRP workshops around the region. Webster’s meeting was last week but other dates include Clear Lake and Milbank on Monday, Watertown on Tuesday, Redfield Wednesday and Sisseton on Thursday.

The loss of CRP in the past five years is one of the reasons for the 46 percent decline in last year’s pheasant population,” said Travis Runia, GFP upland game biologist.

Lardy said pheasant numbers over the past two years in Day County have declined about 60 percent given a bad winter and significant habitat loss. With a general CRP signup available nationwide, South Dakota may be able to gain back some of the 400,000 acres of CRP that have been lost since 2007 and about 225,000 acres that will expire statewide on Sept. 30.

For more information or to submit an offer, agricultural producers should set up an appointment with the local USDA Farm Service Agency office or they can contact Lardy who works out of the NRCS office.