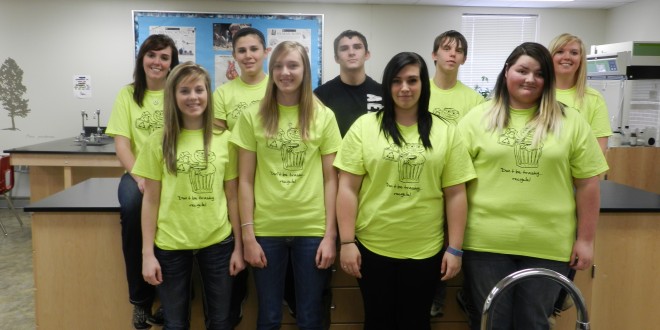 Dawn Schmitt didn’t know what she was starting when she suggested that her LaMoure High School ecology class look into the feasibility of a recycling program in the town of LaMoure.

“It was something I suggested,” Schmitt said, “but they’ve taken it over—they own it. The students are pretty passionate about it.”

The 10th- and 11th-grade students, known as the Green Team, conducted a survey of the community, asking if people would support a curbside recycling program; 95 out of 100 said they would. They did a cost analysis, in which they found that it would cost less than a tank of gas to recycle for a full year, and also a garbage study, in which they found that more than 90 percent of what was in the garbage was recyclable. Now they are working on education: They have put together a PowerPoint presentation for the city council and are planning talks with elementary students and senior citizens on the how and why of recycling.

They found, for example, that by recycling a third of the paper the LaMoure School system uses, they could save 30 trees, according to student Chantel Johnson.

They are also planning to ask the city council to consider the problems of landfills: Once the current one gets full, they’ll have to find a place for a new one. And the water that runs off from landfills is toxic: “It could get into our water systems,” Johnson said. “It’s really harmful. It could harm us and our animals and our crops.”

Their presentation in front of the city council is April 1.