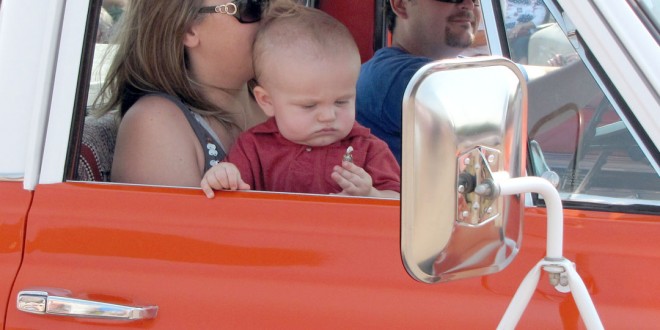 What brought you back to your rural roots?

Many, if not most, communities in the Dakotafire area have seen some of the youth that left after high school return years later. Here are some of their stories.

“I really like the quieter, more sane way of life rural South Dakota has to offer.” 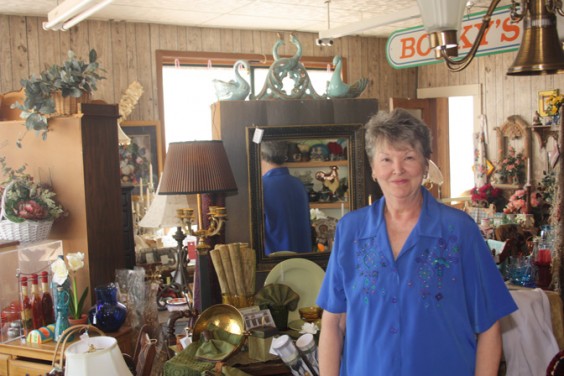 Janell Holtzworth moved back the Clark area after deciding she didn't like life in the city. Photo by Clark County Courier

Owner of Catch a Falling Star, an antique shop

Janell Holzworth said she left South Dakota because of a divorce and the snow, but she was drawn back because of the simpler pace of life.

Holzworth had moved to the Phoenix area to continue her work in retail, but she didn’t like the big city.

“I detested the traffic, as it took forever to get from one place to another. You would need to take an hour to get 15 miles sometimes,” she explained.

She also started to miss her parents and grandchildren back in South Dakota.

“I really didn’t have any strong ties to Arizona, and the way of life is so transitional,” she said. With retail you are so involved, I felt life was just kind of passing me by—especially the quality of life which exists in the Northern Plains states.”

Holzworth had lived in Hazel, about 20 miles from Clark, before heading to the Phoenix area. “The return is everything I was looking for,” she said. “My advice is to move back soon,” she said of anyone desiring the calmness of rural South Dakota, rather than the rat race of urban living.

“There’s something just very easy and comfortable about being here.” 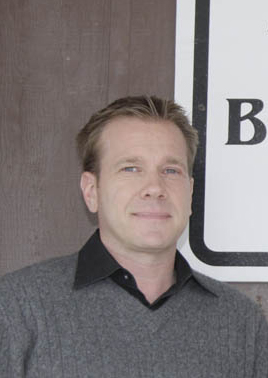 Five years ago, Wayne Jarrett said, he probably wouldn’t have considered moving back to the town from which he graduated in 1988. But time and experiences changed his perspective.

“I’ve spent a lot of time in different places, but there’s something just very easy and comfortable about being here. You don’t have that same sense of community in a metro area, and here people actually care about what goes on and what happens to people.”

The good fishing and hunting in the area were also a draw, Jarrett said. 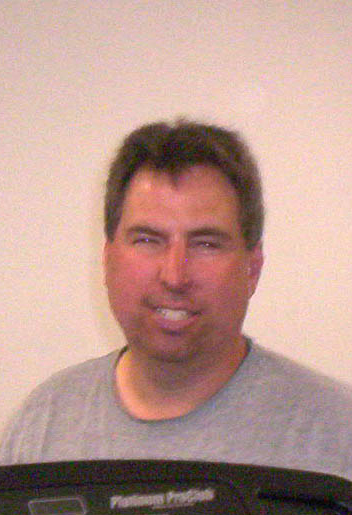 Brad Heitmann graduated from Veblen in 1986, and chose to move to Eden (population 92) when he moved back to South Dakota. The quality of education in the area was part of the incentive to return.

“My son had been to 12 different schools, and I figured it was time to get him grounded,” Heitmann said. “I also knew after traveling that the quality of teachers and schools here is far better than a lot of places.”

He added that people are friendlier and there is little crime to worry about here.

Stepping into a family business was also a factor: One of the businesses he now runs, Haycot Manufacturing & Repair, had been owned and operated by his father.

“I enjoyed getting back to the fresh air and lakes and seeing things like redwing blackbirds.” 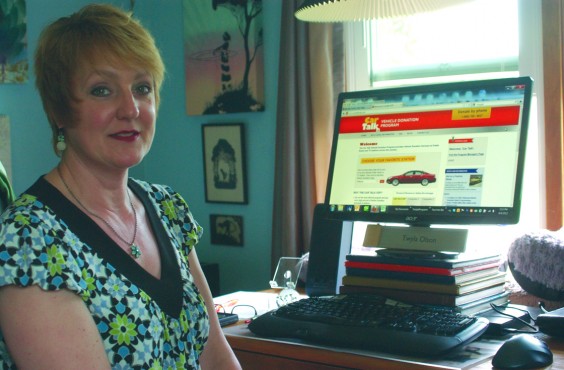 The chance to move closer to her parents and get back to a small-town atmosphere drew Twyla Olson, Car Talk’s director of business development, back to South Dakota. Photo by George Thompson/Webster Reporter & Farmer

A chance to move closer to her parents and get back to a small-town atmosphere proved irresistible to Twyla Olson.

Olson graduated from high school in Aberdeen and after finding education and job opportunities in Sioux Falls and Mitchell, she found work the American Public Media in Minneapolis. Through her current job, she helps stations raise millions of dollars through vehicle donations. One of the benefits of the job is that it can be done from anywhere; other members of the team are from California, Oklahoma and New Hampshire as well as Minneapolis, and they stay in touch and plan strategy through e-mail.

The first inkling of moving to Webster came up last summer when Twyla came home to visit her parents, Woody and Dorothy Olson, who live nearby.

“I found that I enjoyed getting back to the fresh air and lakes and seeing things like redwing blackbirds,” she said. “I knew I could work from anywhere I wanted to, and this unique opportunity came at the perfect time.”

Twyla works at her computer or the phone in her home office every day making contacts and answering questions from member stations or listeners.

She and her cats have found laidback Webster to be the perfect antidote for the hustle and bustle of the big city.

“I keep a regular schedule, but my cats usually make me stop at around five o’clock because they want me to play with them,” she said.

Madison has “family connections and a small town to raise children in.”

Ginny Freitag was born in Madison in what is now Heston Hall of Dakota State University. After graduating from Madison High School, she left to pursue job opportunities elsewhere in South Dakota and was gone for 12 years.

Freitag says a variety of factors influenced her decision to move back, including family connections, the chance to live and work in a small town that’s better for raising children, and the ability to own a home. Getting a job in Madison made that move possible.

She appreciates many things about the home to which she’s returned, including the beauty of the landscape, the Midwestern values of the people, and the supportive community.

“Faulkton would be a better community to raise the kids in.” 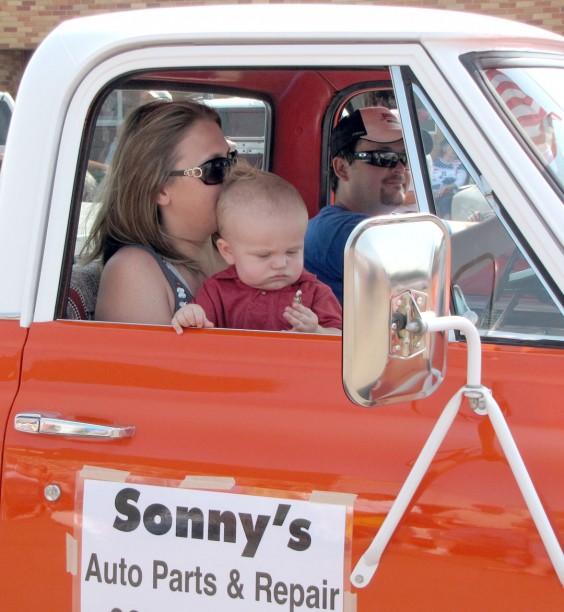 Sonny Law left his hometown, as many young people do, in search of employment and a fresh start someplace else.

He left Faulkton after graduating in 1999 to work at an auto parts store in Brandon, then later found a similar job in Rapid City, where he met his wife. Then, in 2010, they heard of an opportunity to purchase Vogel’s Auto Service when Bernie Vogel retired.

“It was a difficult decision for us, as we both had good jobs in Rapid City and were doing all right for ourselves,” Law said. “When we got the opportunity to buy the place, we sat down and talked about it, weighing the pros and cons. The main thing that drew us back was that Faulkton would be a better community to raise the kids in. Both our families are near the area, and that makes things nice as well.”

The transition has brought some challenges.

The business challenge “is always in accounts receivable,” he said. “That’s always the toughest challenge when you are in business for yourself.

He said socially he had no problems, since he knew so many people already, but his wife had more trouble making the transition.

“She had never lived in a town where there wasn’t a stoplight or a McDonald’s,” Law said. “It took her a while to get used to the small-town atmosphere, letting the reins loose on the kids and letting them have the freedom that you wouldn’t even consider letting them have in a big town.”

The Laws miss some of the conveniences of bigger-town life, such as stores and services with longer hours, as well as the milder climate of the Black Hills. “But really it’s all stuff you can get used to.”

He said he’s not really one to give advice to others considering a similar move, but he’d suggest weighing the options and making sure it’s the right thing for the whole family.

“It’s been the right thing to do for us, at least so far,” he said.

Have you returned to your rural hometown? Share your story—comment below!