Print This Post
These three pictures of "The Parade" near Clark were all taken in April in three consecutive years - 2011, 2012 and 2013!

“The Parade” seen across three Aprils

With 70 plus inches of snowfall as of April 13, 2011, this was just one of the results in Clark County that year. Snow melt nearly covered up the front two Ford LTDs located in Ken Bell’s field of sculptures west of Clark. The total precipitation amount through April 2011 measured 7.82” and the snow had remained deep throughout the winter. 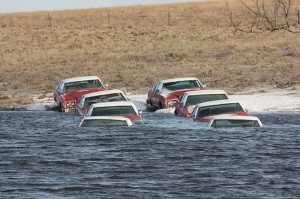 Last year, the cars were sitting high and dry with the area in front of them also dry, which in past years had been a small pond. Clark County precipitation was only 3.31” from October 2011 to April 1, 2012. 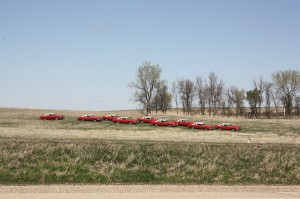 This spring, and we use that word loosely, every weekend has been snowy, windy and not at all nice weather-wise. Winter weather advisories have been in effect on four occasions this month. The area needs a slow, soaking temperature flow this to absorb the snow. 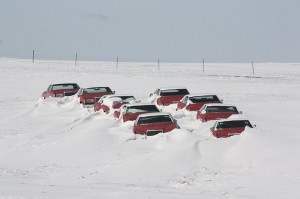