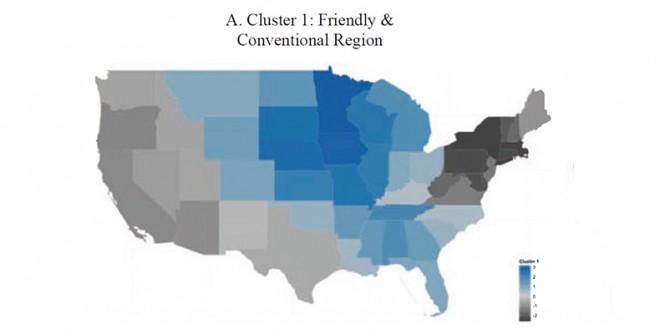 STUDY: Dakotans are ‘friendly and conventional’

(NPN) – Dakotans and Midwesterners comprise a region that is “friendly and conventional,” according to a new social psychology study.

Dr. Peter J. Rentfrow, a senior lecturer at the University of Cambridge, and his research team sampled hundreds of thousands of Americans from across the United States. The study, “Divided we Stand: Three Psychological Regions of the United States and Their Political, Economic, Social, and Health Correlates,” was published Oct. 14 online in the Journal of Personality and Social Psychology. 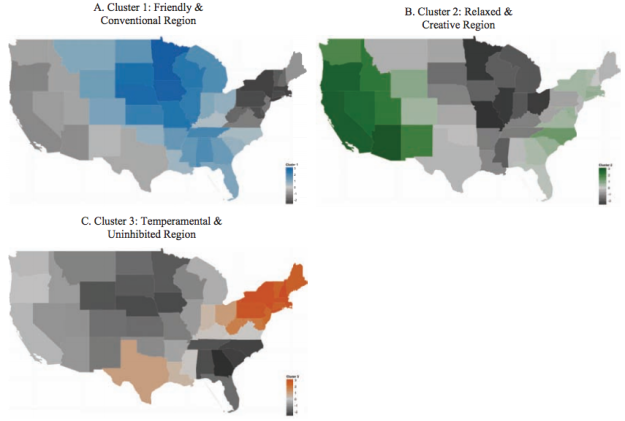 Besides the “friendly and conventional” region, Rentfrow and researchers found two other psychological groups in the United States. The study found a “relaxed and creative” region generally spreading from the Rocky Mountain and Sunbelt states to the West Coast and a “temperamental and uninhibited” region comprised of states in the northeast.

The breakdowns roughly correlate with political “red” or Republican states (friendly and conventional) and “blue” or Democrat states (“relaxed and creative” and “temperamental and uninhibited.”)

According to Rentfrow’s paper, “All behaviors take place in specific physical locations, which is why geography has long been recognized as necessary for understanding human behavior.”

North Dakotans took the bottom spot nationally on openness and remained in the middle of the pack in the other rankings.

The “friendly and conventional” region, according to the study, “is defined by moderately high levels of Extraversion, Agreeableness, and Conscientiousness, moderately low Neuroticism and very low Openness.” 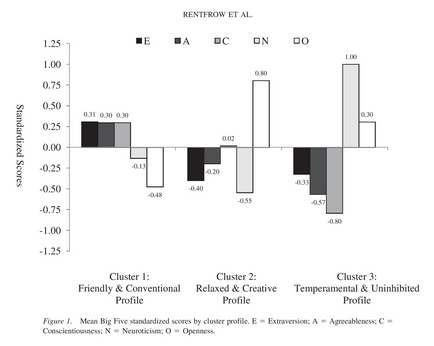 “This configuration of traits portrays the sort of person who is sociable, considerate, dutiful, and traditional,” according to the study. “This region comprises predominately White residents with comparatively low levels of education, wealth, economic innovation, and social tolerance.”

Further, the study notes that residents of the “friendly and conventional” region also “tend to be politically conservative, religious, and civically engaged in their communities.”

However, this area also has disproportionate numbers of people who live unhealthy lifestyles, according to the study.

“Taken together,” the study concludes, “the characteristics of this psychological region suggest a place where traditional values, family, and the status quo are important.”

In the “temperamental and uninhibited” region, study says that people in this region are “reserved, aloof, impulsive, irritable, and inquisitive.”

“Overall,” the study concludes, “it appears that this psychological region is a place where residents are passionate, competitive, and liberal.”

So besides being interesting, why is this information important? Rentfrow and his researchers answer that in their study.

“Characterizing regions on the basis of psychological characteristics of residents is important because physical factors are likely to be the force behind the individual-level behaviors that are expressed on macro level PESH (political, economic, social and health) metrics,” the study argues.

Further, “In a sense, our approach challenges the standard methods of dividing up the country (e.g., on the basis of economic indicators, voting patterns, cultural stereotypes, or geographical and physical features) that appear to have become ingrained in the way people think about the United States.”

The article is available online at http://www.apa.org/pubs/journals/releases/psp-a0034434.pdf.