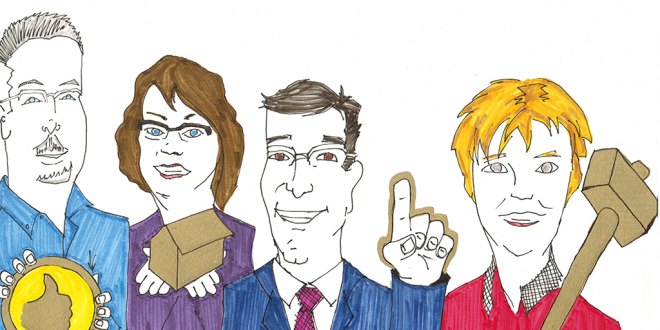 Economic development in the Dakotas often extends beyond the boundaries of a single community, either for financial or geographical reasons, but sometimes even those groups benefit from further collaboration.

Approximately 15 years ago, a group of economic development leaders came together for the first meeting of the Northeast Regional Developers Group. They have met quarterly ever since, to share ideas and best practices.

“A portion of the meeting is a regional round table,” said Lori Finnesand, CEO of Grow South Dakota and organizer of the group. “It’s a time to share what their community may need or want and ask for ideas on the project or where to get money” for local projects.

Finnesand said many communities that didn’t have paid economic development directors have become interested in funding positions since the group formed.

By implementing paid economic development positions, communities in the northeast portion of South Dakota have incorporated new ideas to enhance their towns. Directors who have attended the quarterly meetings have brought back new ideas, including a “first impressions tour” in some communities.

“They invite two to four outside people to the community and give them a check sheet for when they go around town,” Finnesand said. “They give their first impression, suggest what’s eye appealing and what the community would want to change.” 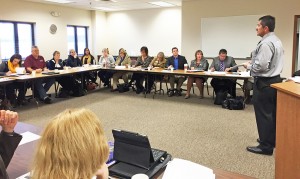 Though the quarterly meetings usually are in Aberdeen, Finnesand said the next meeting may be held in DeSmet to better accommodate the evolving membership.

Between meetings, Finnesand emails a monthly newsletter to interested parties, and continual conversation takes place over email in the off-months.

“They really liked getting together at the state meeting, and would run into each other every so often,” Finnesand said. “But this group really found a niche with the quarterly meeting.”

economic development Idea Exchange PIE prairie Whats Possible 2016-01-09
Heidi Marttila-Losure
Share !
Previous: From the Editor: Success depends on ‘where the heart is’
Next: From the Editor: Building confidence
Scroll To Top