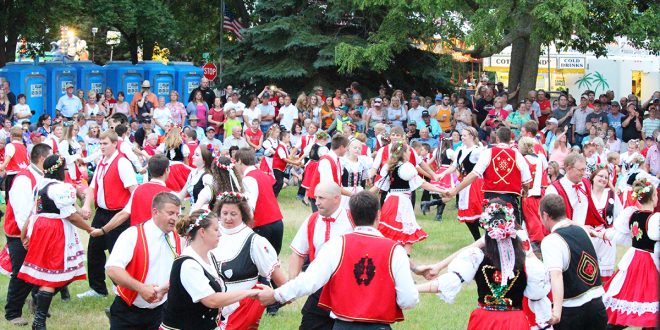 The power in our histories

A note from the editor

“History” is almost always the wrong form of the word.

When we start looking at the past of any place, we soon learn that the word should instead be plural. Our places have many “histories”—and “her-stories” too, for that matter.

This is clear this time of year, when the histories of the Dakotas come alive in a vibrant variety of celebrations in communities large and small.

But even on a local level, that word “history” probably doesn’t apply. The starting points of settlers’ histories vary, even if they landed on the same plot of prairie. And the stories of the Native people who lived there before European settlement are also part of that place’s larger story.

Local experts advise us to remember as we celebrate our histories that the story we love to tell may not be the only one. And it may have developed an artificial glow with age.

“Nostalgia can be a kind of trap, because everyone remembers ‘the good old days’ as better than they were,” said Brenna Gerhardt, executive director of the North Dakota Humanities Council.

And yet, done well, commemorating the past of a place can have many positives. As we build a better understanding of the path behind us, we can build a better path to travel today.

Looking to the past helps us understand who we are.

When immigrants came to settle the prairie, they knew they were becoming Americans—but that did not mean they always gave up the customs they brought with them.

“In some of these communities (there’s) a really great tie to that history—the old country, so to speak,” said Jay Vogt, historic preservation officer for the South Dakota State Historical Society.

“I think there’s a very deep pride in where people come from, whether or not they are Swedish, Norwegian, German, Finnish, Czechoslovakian, or American Indian—there’s a lot of feeling that we have a history that we brought with us, and that whole idea that we can cherish that and continue to celebrate it, even as we are all truly Americans.”

The Dakotas were settled relatively recently—many here can recall who was first in their family on local soil. And the Dakotas were among the latter half of states admitted to the union (the 39th and 40th, both on the same day, Nov. 2, 1889). Both of these factors play a role in the number of ethnic festivals held here throughout the year, according to Vogt.

“For a lot of us, it seems like history is almost within memory, so I think there’s part of us that really appreciates that closeness, in terms of our history not being that far away,” he said.

Brenna Gerhardt, executive director of the North Dakota Humanities Council, said celebration of histories and heritages are celebrations of not just what was left behind and what has resulted, but also the middle time—when people in the Dakotas found commonalities to help them through the transitions into their “new world” together.

People from the same homeland “banded together in a different country, where they didn’t know the language, they didn’t understand the political structure and the culture,” Gerhardt said.

Those ethnic ties gave them strength and resilience, she said, and that’s part of why they are still honored, “even though we’re mostly assimilated into the broader culture.”

Celebrating those bonds and the history of Dakota people is important, according to Vogt, for reasons that transcend the idea of finding people who look alike or who may have shared ancestors.

“It’s part of our past—part of who we are,” he said. “I think … there are certain elements that come with you that come from your past, in terms of your ethnic background and why you see the world the way you see it,” such as a “natural” inclination to expect the world to run on a rigorous, reliable schedule, or “shortness” of tempers.

“It’s part of becoming who we are,”  Vogt said.

Sharing our past helps others understand us—and themselves.

Just as attending your hometown festival can deepen understanding of your own history, experiencing a history different from your own can provide a view of the world through others’ eyes.

That happens in a big way every summer in the Dakotas, when out-of-staters—and even those from other nations—visit the two states.

“This part of the country … really speaks to … the values of Americans—that patriotism, and our love of our state and our country and our history and where we’ve come from,” Vogt said. “There’s a certain mystique or romance about the West—whether it’s the cowboys or the American Indians or the farmers or the settlers. … There’s a lot of interest in how the West was developed and came to be.”

Locals sometimes joke that outsiders, who often come to South Dakota primarily to check Mt. Rushmore off their “bucket lists” of things to see and do in their lifetimes, believe Dakotans live in log cabins and farm by horse and plow. Once they arrive here, they find that is no longer is the case, but they are able to see and do those “pioneer” things at various museums and festivals throughout the two states.

“They don’t want to see the Disneyland version of reality. They want to see the real thing,” Vogt said. “I think that’s why a lot of the museums in South Dakota attract a lot of people—they’ve got the real stuff.”

Tourists’ eyes are opened to a wide, open landscape of possibility.

“Coming here, to the sweeping plains, and being able to see as far as you can look, you can imagine the people coming here, whose goal it was to be farmers and ranchers, and that they see this vast, flat area and think” about the ease of putting down roots, both literally and figuratively, Vogt said. “I think those were just a phenomenal draw for those people.”

The vastness can be just as awe-inspiring for people today, he added. “Driving across the state, people are just flabbergasted at seeing what a sunflower field looks like all in bloom.”

2016-09-16
Wendy Royston
Share !
Previous: How do you create a living tradition?
Next: A taste of Dakota festivals
Scroll To Top