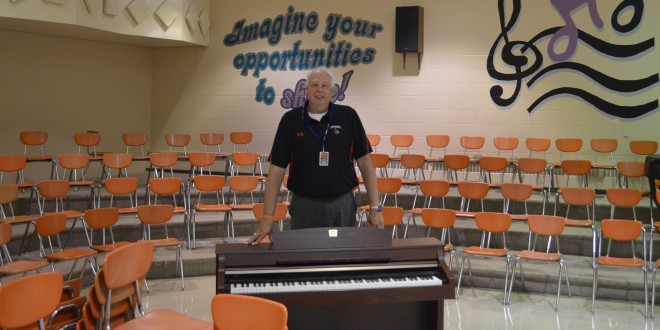 For a while this summer, it looked like Deuel Superintendent Dean Christensen might have an empty spot on his roster when he couldn’t find a vocal music teacher. Photo by Ken Reiste/Clear Lake Courier

Teacher shortages: The crisis is here

As parents filled their shopping carts with pencils and notebooks to prepare their children for the new school year, superintendents across the state were dealing with some daunting back-to-school lists of their own.

On their lists: teachers, all kinds.

Dean Christensen, superintendent at Deuel School District in Clear Lake, S.D., had six positions to fill in 2014: three elementary, high school English, vocal music and career guidance. He managed to fill the others earlier in the summer, but by late July he still hadn’t  filled the vocal music position. He contacted all of the state colleges that graduated music teachers. When that didn’t yield an applicant, he researched every music teacher who had looked for a job in South Dakota in the past three years and called every one of them personally.

“They either had a job, had left the state or were not interested in teaching,” Christensen said. “I am afraid that is the future we are going to be faced with.”

He was finally able to fill the position on the last day of July, just three weeks before students returned.

The vocal music position was the worst, with no applicants, but hiring for the other positions was nearly as difficult: He had just 20 applicants for the three elementary positions, four for the English teacher job and three for career guidance.

“This is a drastic change from five or so years ago when I would have received 50 or more applicants per elementary position and a dozen or so for the high school positions,” Christensen said.

The Deuel School District is by no means alone in its struggle: Districts all across the Dakotas are increasingly desperate to find qualified teachers.

Making the problem more difficult is the increasing number of retirements as baby boomers age out of teaching careers.

Britton-Hecla (S.D.) School District, for example, had three retirements and has a large number of veteran teachers nearing retirement age on staff. The situation for administrators is similar. Britton-Hecla’s superintendent, Kevin Coles, cited a poll that said there were 37 openings for the 150 superintendent jobs in the state this year. Of the superintendents in South Dakota, one is 74, two are 68, 59 are 55 or older, and 26 are ages 50-54.

For years, schools have discussed the difficulty in finding math and science teachers. Those are no longer the only areas affected, according to Rob Monson, executive director of School Administrators of South Dakota.

“The teacher shortage is a big problem that affects all academic areas in our schools,” Monson said. “We lack teachers in every subject and in every school district.”

For all the other educational conversations and reform efforts going on across the state, this problem could be argued to be the most crucial.

“We know the best way to improve education is to put excellent teachers in front of students,” Monson said. “Our biggest concern now is in some schools we can’t find a teacher to put in the classroom.”

Low salaries are cause for alarm

The majority of the school districts contacted for this story said that salaries are the main issue when it comes to the teacher shortage in North and South Dakota.

“(Salary) is the elephant in the room,” Christensen said. “No one wants to admit that to get good people in the position we are going to have to pay them. When you have to attend a four-year college and come away with $60,000 or more debt to get a $30,000 teaching job, or you have the option of a technical education for two years and perhaps a $10,000 debt and make $45,000 or more right out of school, it is not hard to figure out what choice kids are going to make.”

And maybe they don’t even have to go to school at all: “When young adults can get employment right out of high school and make a salary comparable that a beginning teacher can earn, there is going to be issues in recruitment of students to go into education,” according to LaMoure (N.D.) Public School Superintendent Mitch Carlson.

Coles agreed that money is the primary factor.

“That leads to some people in education getting out and young people not getting in,” he said. “We have a $32,500 base salary, which is pretty competitive statewide for our size of school, but we are still light years behind as far as salary when you compare that to neighboring states. We’ve been talking about our teacher shortage and low salaries for years and really haven’t done anything. Now it’s time to do something.”

The situation in North Dakota is improving but still not to where it needs to be, according to Oakes (N.D.) Superintendent Josh Johnson.

“Salaries have increased in North Dakota over the past five years, but we also need to fine-tune the retention and recruitment portion of the process,” Johnson said. “Retention of our teachers is just as important as recruiting new teachers.”

Since they can’t make a convincing case with the dollars they have at hand, superintendents have to get creative.

The days of simply placing an ad for an open teaching position and then waiting for the applications to come rolling in are over. Today superintendents have to sell candidates on their school, their community and their plans for the future. With the limited number of applicants out there, the incentives have to be unique and enticing.

“We contacted teachers personally to inform them that we have openings that they might be interested in,” James Block said. “We have advertised for non-certified candidates in hopes that they can eventually become alternatively certified (Career and Tech Education).”

Christensen said Deuel School District does a statewide recruitment and tries to build its network as much as it can. Personally soliciting candidates to get them to apply for the positions—which is what it took to find a vocal music teacher—started a few years ago, he said.

Money isn’t the only hurdle, however. Other factors that figure into teachers’ career decisions have become increasingly stress-inducing.

“The burnout rate is increasing with so many expectations and regulations placed on our teachers,” said Clark (S.D.) Superintendent Luanne Warren. “Twenty years ago, teachers had the ‘summers off’ to rejuvenate from the daily stresses, but anymore teachers are working the entire year, attending various trainings and workshops to address the high demands required of us. In small schools, teachers have to wear so many hats and they have very busy schedules with many preps; this sometimes discourages teachers. One of the teachers we lost this year went from six preps to two in a larger district. It’s hard to compete with this!”

Getting a new playbook every few years also increases the stress level.

“State and federal mandates and regulations that require teachers to do more and take away from local flexibility continue to make the job less appealing,” Christensen said. “Not all of these are bad, but change comes at such a quick pace that teachers are unable to keep up and they are not given the resources and time to make the change and get results before another change is forced upon them. That results in a very stressful environment that makes the low pay even more of a glaring issue.”

The problems likely start long before teachers would enter classrooms—when they are making career decisions in college.

“I would say that education, as a career, is not viewed in a very positive light on our college campuses due to low salaries, mandatory testing linked to evaluations, a lack of support overall for education in our state, and a view that while teaching is a noble profession there is more opportunity in the private sector for graduates in those hard-to-fill academic disciplines,” said Dr. Joel Price, Superintendent at Faulkton (S.D.) Area School District.

A matter of respect

Tied up with the issue of teacher salaries is the issue of respect for the profession. Neither one is likely to be solved without simultaneous improvement in the other.

“Until we return some respect and prestige to the occupation of teaching we are not going entice young people into the field,” Christensen said. “What other occupation in the world are the people who actually work in the field not considered to be the experts?”

In the meantime, schools are relying on teachers like Jody Moritz of Faulkton—those who have figured out how to deal with less money in order to do something they find rewarding.

“While our salaries may be lacking, our dedication is not,” Moritz said. “Most of us have dual incomes. That is very true of all of Faulk County. A family needs two incomes to survive and prosper.

“I do not teach for the money. I teach because I feel I have knowledge and experience to share with my students. I believe that the students in our district receive a quality education because we, as a district, have always demanded the best possible ‘work’ from our students.

“The district might be able to attract better qualified teachers if the pay were better, but there is something to be said for dedication to the community.”

The challenge for superintendents is to find, create or maybe conjure up a whole lot more community-dedicated teachers. 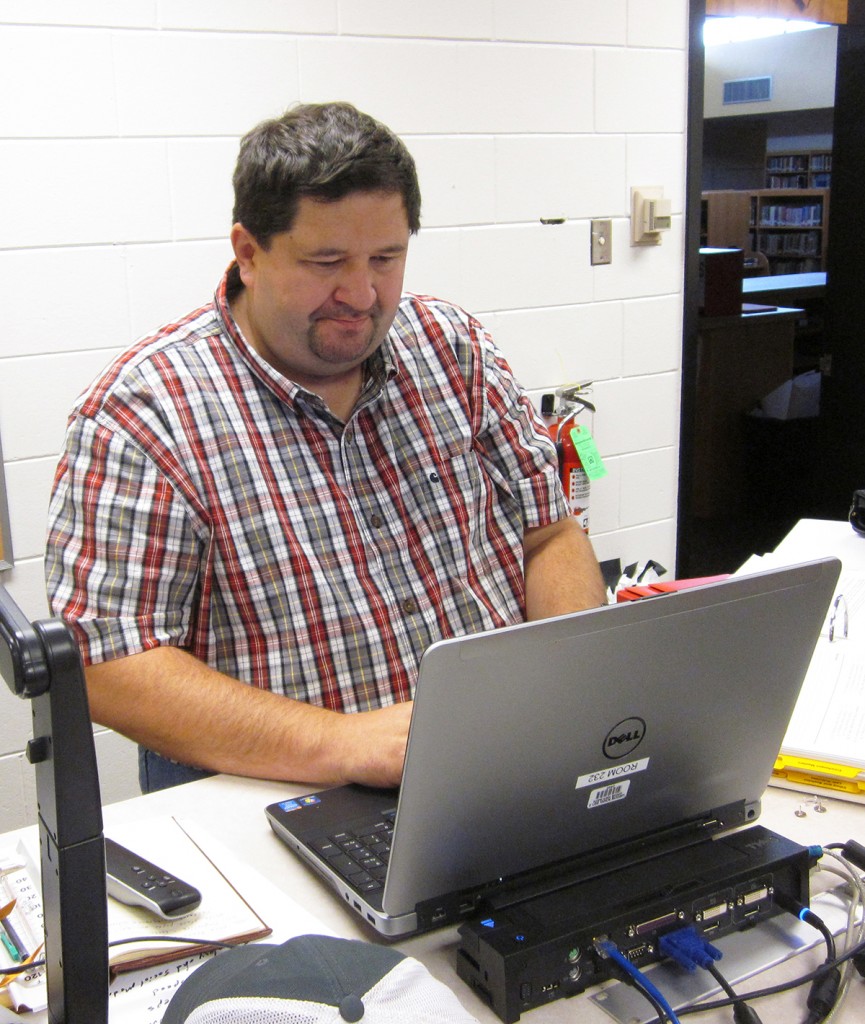 Theme of hiring reports from across the region: ‘We’re lucky’

Superintendent Kevin Coles reported that the district had seven teaching openings this year and numerous open classified and coaching positions that needed to be filled.

“It is difficult for rural schools our size to find candidates,” Coles said. “I think that is pretty relevant across the state.”

Luanne Warren, superintendent/elementary principal, said the district was very fortunate to have all its certified staff positions hired.

“We had to be creative in a couple instances,” Warren said, “but nevertheless, we are very happy with our new staff.”

Jody Moritz, Faulkton (S.D.) Area School District teacher, stated that from a teacher’s perspective the situation has gotten worse in recent years. “There used to be many applicants for the open positions and now there is usually only one or if we are lucky, maybe two qualified applicants—even in the elementary school,” Moritz said. “Elementary positions used to have 10-12 applicants for the openings.”

For now, Ipswich is not facing a teacher shortage. Drawing some staff from Aberdeen helps, and Ipswich has been lucky, in the sense that most teacher and staff vacancies are filled quickly.

“This spring we lost three teachers and one administrative assistant to retirement,” said Superintendent Trent Osborne. “But we were able to fill some from within. We try to hire the best people for us, and the new building will be a big draw for potential staff. … The only problem for now is that we may need to add more staff as we grow.”

“However, we had very minimal applicants,” Carlson said. “We probably had 10 applicants between all the positions available. Of those applicants, some were retired teachers already looking to get back into a teaching position from other states.”

Oakes had three elementary and four high school teaching positions open this year. Superintendent Josh Johnson reported that all seven were filled but not without using some creative options.

“We were able to fill the positions with quality candidates after repeated advertising and some thorough recruiting,” Block said. “With a district enrollment of 525, we still experience quality and quantity candidates for elementary teaching positions. However, any subject at the secondary level typically results in very few candidates and often times unqualified candidates.” 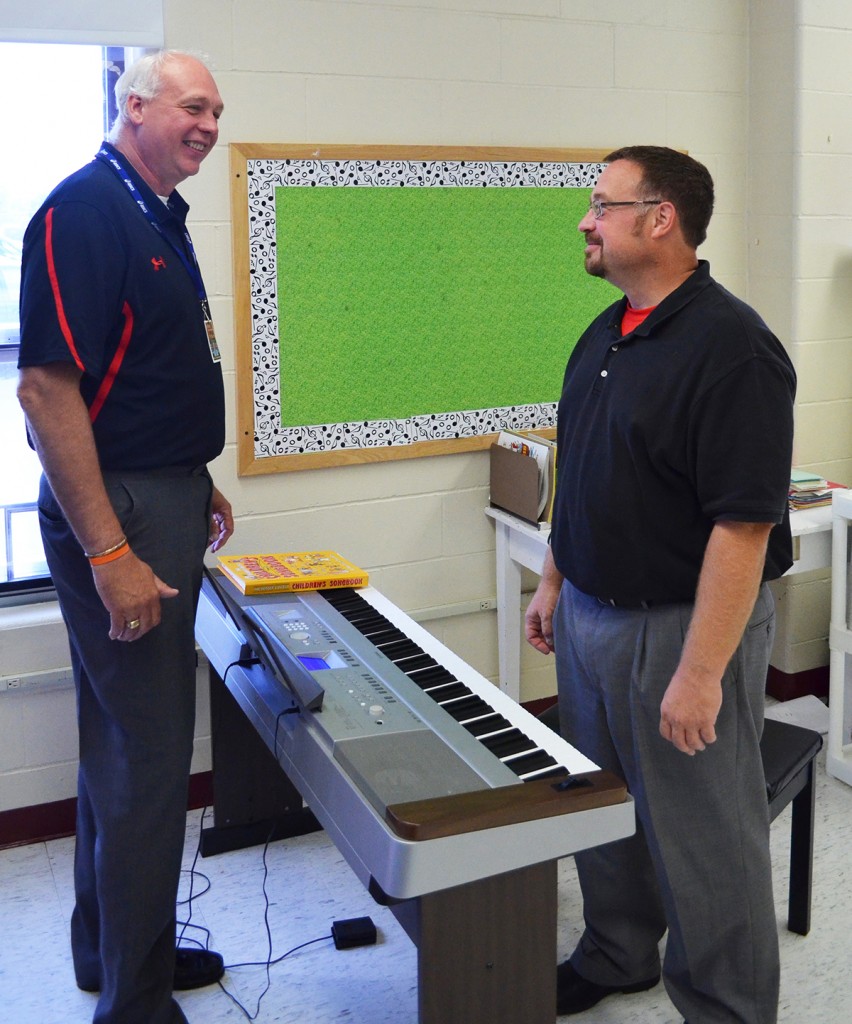 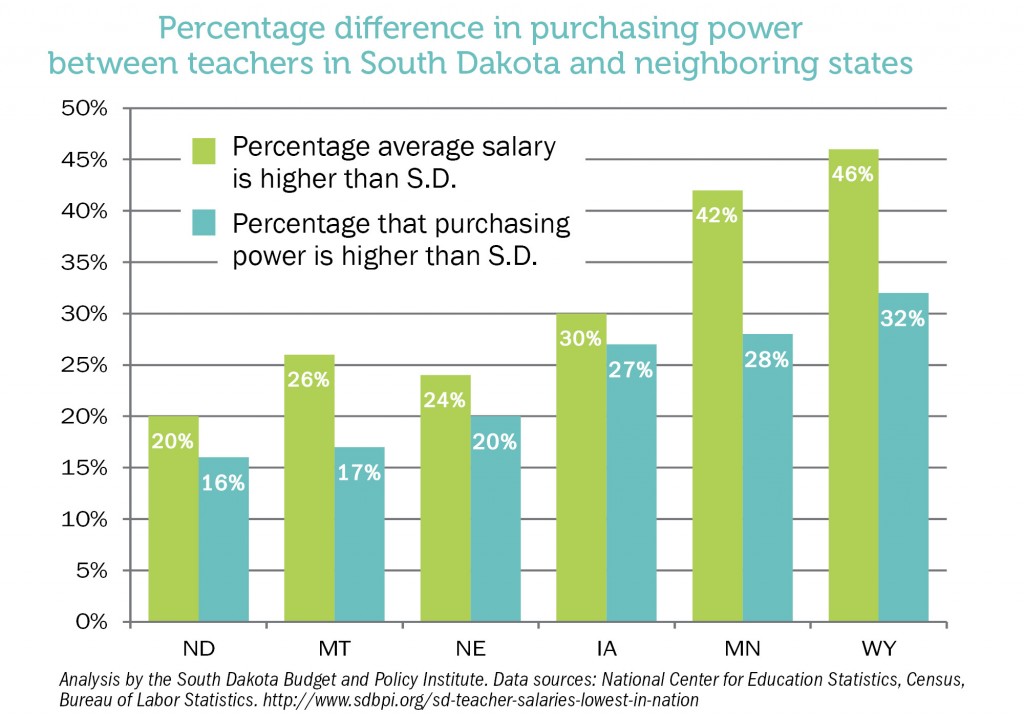 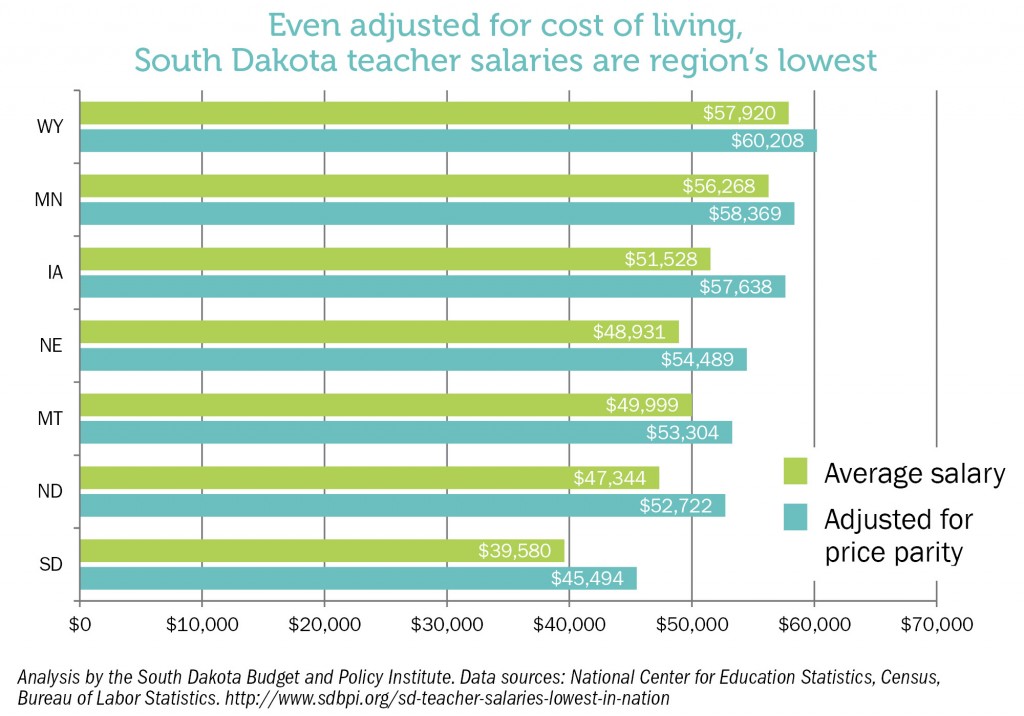