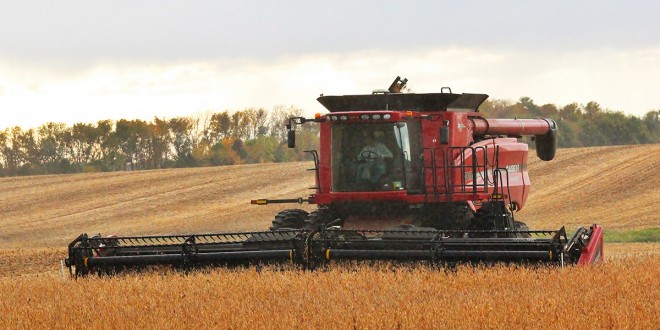 So you call yourself a ‘farmer’

Fewer people are calling themselves “farmers,” and it’s not just because there are fewer of them.

“Farmer” was the most common job title in both North and South Dakota from 1978 until at least 1996, according to an article published by NPR on Feb. 5, 2015, titled, “The Most Common Job In Every State.” Sometime between 1996 and 2014, the most common title in the Dakotas changed from “farmer” to “farm manager.”

Participants in the Prairie Idea Exchange noticed that fewer people in their communities call themselves “farmers” and more call themselves “ag producers,” or say they “run a farm business.”

Some participants thought there might be a stigma to the title of farmer, that it may be judged as being “just” a farmer.

Many still embrace the title, however.

“I always introduce myself as a farmer first and am proud of that title even though people often respond that I don’t ‘look’ like a farmer,” said Bill Hansen, a farmer, loan officer, and economic developer from Centerville, S.D.

“We need to call ourselves farmers,” said Joel Erickson of Langford, S.D.

Erickson is a farmer and strong advocate for the agricultural industry as a South Dakota Wheat Growers board member and participant in the 2015 South Dakota Ag and Rural Leadership (SDARL) program. Erickson always introduces himself as a farmer, but he follows up with the more specific title of livestock producer, even though he also grows crops.

The general public’s vision of a farmer is that they produce crops, livestock and dairy products.  However, as the SDARL participants recently learned on their trip to the Black Hills area, a farmer can also manage a winery, operate a lumber mill, or raise specialty livestock.

As a rural leader and advocate for agriculture, “there are times when we must take off our farmer hat and put on our businessman suit,” Erickson said.  “Sometimes farmers take offense to that comment, but we all need to be working for the education and betterment of agriculture, not just our own operations.”

Farming: A career that could make you happier, according to ‘self-determination theory’

Farmers can’t control the weather. But they do have some say in what job they do when and who they choose to work with.

Those traits might farming a career well-suited to satisfaction and happiness, according to a psychological idea called Self-Determination Theory.

The theory proposes that in order to live a good life, you must fulfill certain innate psychological needs to provide the foundations for motivation and well-being. These needs are not learned, but fundamental parts of human nature.

1) The need for Autonomy – a sense of willingness and choice in your actions.

2) The need for Competence – a need to effectively manage and control yourself and your environment.

3) The need for Social Relatedness – a need to be understood, appreciated by, connected to,  and cared for by others.

Having these needs met is more likely to make a person happier than having a higher income, some researchers have found. For example, a survey of 6,200 lawyers reported in May in the New York Times found that being on track to be a partner in a top law firm had no correlation with happiness, while those in public-service jobs were the most likely to report being happy. The researchers believed that the lawyers lost a sense of purpose and control over their own fate as they climbed the career ladder.

Or we could just do sociology by country radio: Country songs have plenty of nostalgia for farm life, while 9-to-5 jobs (typically with less autonomy, competence, and social relatedness)  are what people try to forget about over the weekend.