Print This Post
We often think about “public education” in terms of where the money comes from—it’s education paid for by the public. But just as importantly, it’s also education of the public.

The purpose of public education

Our public schools are pushed and pulled in the direction of whatever is getting top billing in the headlines: One day, there’s a call to improve reading. On another day, our technology skills are a crying shame. Tomorrow, it will be something else. And the paperwork and expectations increase all the while. 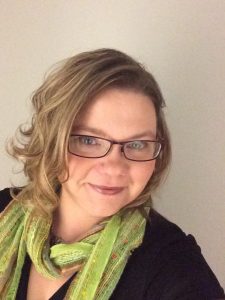 It’s helpful, in this time of competing demands, to step back and consider why we have these institutions in our communities in the first place.

We often think about “public education” in terms of where the money comes from—it’s education paid for by the public. But just as importantly, it’s also education of the public. And in a democracy, the “public” is no small thing. It is, in fact, the essential thing—the structure of our nation is based upon the decisions that the public makes.

Even now, this is kind of a radical notion, and it certainly was when the nation was founded: We’re going to let just anybody have a say in the rules we live by in the United States?!

Those who remember their U.S. history know that wasn’t the plan right away. At first democracy was only meant for men of the white, property-holding variety. Literacy tests at the polls were sometimes implemented to keep away the uneducated or as a veil for racism. But eventually, we’ve gotten to where we are now: All citizens age 18 or older have the right to vote. (More or less. There are a few exceptions, and some people have more hurdles to jump over than others. But we’ve come a long way.)

But even back when running the country was only the job of a select few, the founders recognized that it wouldn’t work to let “just anybody” vote if they didn’t understand or weren’t informed about the decisions that needed to be made.

“The founders of the nation were convinced that the republic could survive only if its citizens were properly educated,” historian David Tyack writes in “Seeking Common Ground: Public Schools in a Diverse Society.” “This was a collective purpose, not simply an individual benefit or payoff to an interest group … The common school … was a place for both young and adult citizens to discover common civic ground, and, when they did not agree, to seek principled compromise.”

This means that public education in a democracy has a purpose that it does not have in other forms of government. In countries run by kings, dictators or oligarchies, it doesn’t matter much if the people know how the government works, how to pass laws, how to debate ideas or how to compromise. But here, it does.

I think that idea doesn’t get enough credence today.

Take a look at what our educational institutions say they are trying to achieve. The mission of the U.S. Department of Education, for example, is “to promote student achievement and preparation for global competitiveness by fostering educational excellence and ensuring equal access.” Those are good goals, but there’s no mention of how to be a competent citizen.

The Common Core State Standards Initiative, which is now setting the baseline for learning in the majority of schools in the country, has the tagline “preparing America’s students for college & career.” What about preparation for citizenship?

Is education just an extensive job training program? Because if that’s the case, industry could just set up and pay for its own schools.

I know it’s not easy to get any of the many things on a teacher’s to-do list accomplished. In many cases, they are working with kids with two strikes against them before they even step out the door in the morning.

But teaching our young people how to be thoughtful, informed citizens is vitally important to the future of our democracy. And helping kids understand that they live in a country where their opinion matters, where the best ideas can win the day, can be empowering in itself.

Sure, the system isn’t perfect, and we should work to make it better. But that just means the public has some work to do.

We should make sure our public schools are training the public to do that work.  í

2016-09-17
Heidi Marttila-Losure
Share !
Previous: Book describes the business of ‘We the People’
Next: POSTCARD: The view of the Dakotas from a bicycle
Scroll To Top