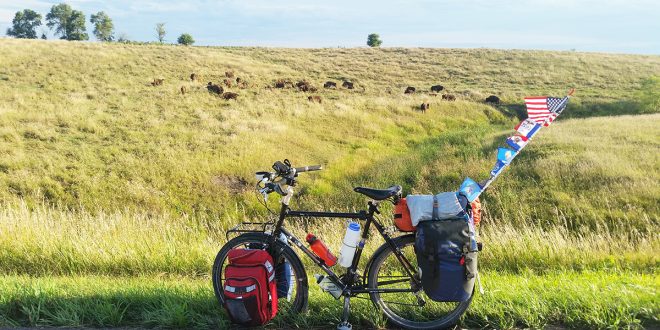 POSTCARD: The view of the Dakotas from a bicycle 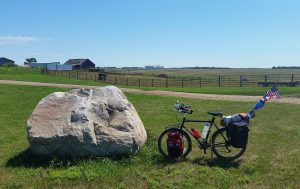 I heard this time and again from folks when they learned what I was planning: a 2,000-mile, six-week exploration of the American Midwest—by bicycle. Just about everyone seemed to think that I was set to experience the dullest, most featureless bike tour ever undertaken.

They were right about one thing. In terms of rote topography, the Midwest—in this case, the eastern half of the Dakotas—is about as flat a place as any in America. But here’s a secret: Because cyclotouring involves loading down a bicycle with all sorts of heavy stuff and then pedaling it for hundreds of miles, flat is nirvana.

I suspect that most of the well-meaning folks who pooh-poohed the Dakota prairieland have seen it only through the window of a fast-moving car or airplane, and so it’s easy to understand why they don’t share my enthusiasm for flat. But as my unhurried roll through America’s bread-and-ethanol-basket progressed, I came to realize that the folks back home had missed another, more important point: though vertically challenged, the East Dakotan landscape is incredibly diverse. It just takes a little time to unfold.

To begin with, the prairie is hardly static. Scattered in plain sight along the infinite hashtag of Dakota roads are clues hinting to a radically different past. Monolithic boulders sit stubbornly where they don’t seem to belong, borne southward and then orphaned by the wax and wane of once omnipotent glaciers. During my tour I first saw one of these glacial erratics in a field near Letcher, S.D., and it made me wonder how many wooly mammoths had lain eyes on the same rock. A leisurely amble by bike makes it easy to pull over and run a gloved hand along these and other geological storybooks. 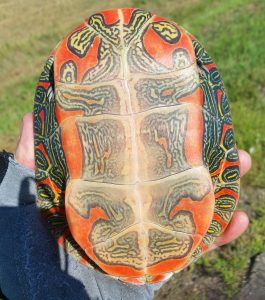 But the bicycle-paced traveler doesn’t have to span eons to extract more than just flat from the Dakota countryside. While a motorist might view the prairie highway as just a necessary means between two ends, the cyclotourist finds the same stretch of asphalt to be rich with sensory delights. Instead of a roadside blur of monochrome green, the slow-rolling cyclist is flanked by a sea of knifed, ridged cornstalk leaves constantly rustling with the wind. Sometimes cyclists even experience the supernatural.  I was north of Yankton one morning when I learned that my bike seat had the power to morph “just another bunch of cows” into a herd of iconic American bison. Whether it was really magic or because I took the time to look twice, I’m not sure.
That indistinct bump felt by the rushed driver reveals itself to the moseying cyclist as a turtle—a turtle in a pickle. Since no one expects someone traveling by bike to arrive on time anyway, the cyclist can take a moment to pick up the animal, to marvel at its heft and the sharp edges of its shell, and then to turn it over and be stunned at the bold, beautiful mosaic of colors splashed across its belly, usually hidden from the world. When this happened to me near Huron, I wondered whether the turtle had saved this quaint surprise as a special reward for those kindred spirits who likewise move deliberately, such that they can assist an otherwise doomed road crossing.

Conversations along the road 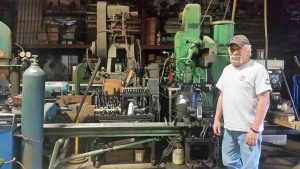 I’m told that the chance to see rocks and plants and wildlife won’t convince everyone to slow down for a pedal through the cornbelt. What else adds relief to the Dakota flatlands?

Above all, a leisurely bike tour is about exploring a region’s most varied and unpredictable of features: its human landscape. A touring bike is a conversation piece on wheels. Everywhere I go, locals want to hear about where I’ve been, what I’ve seen, and what I’ve learned about America. They ask me if I need anything. I reply:

“A few minutes of your time?”

These were some of the moments that helped me truly appreciate the diversity and essence of the Dakotan terrain: 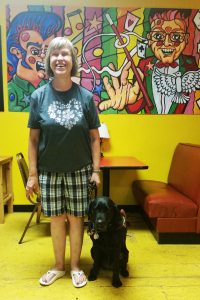 During my thousands of miles cycling across America, I’ve discovered that the best way to peek inside the heart a region is to get on a bike and take it slow. The landscape will reveal its true contours along the way.

Chris Register has interviewed over 150 Americans during 9,300 miles of pedaling through the U.S. for his Conversations with US project—and he’s not finished yet. To explore the logistics of cyclotouring, see video from Chris’ tours, and hear the voices of these Dakotans and others who have shared their thoughts for 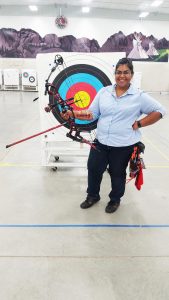 project, visit www.conversationswithus.com.  For the best photos and updates, you can also find the project on Facebook and Instagram.