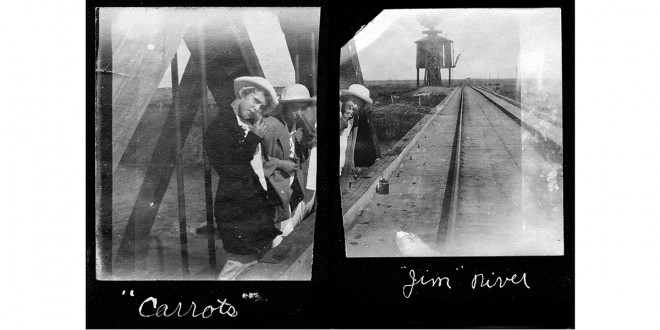 An outsider’s love affair with the Jim River 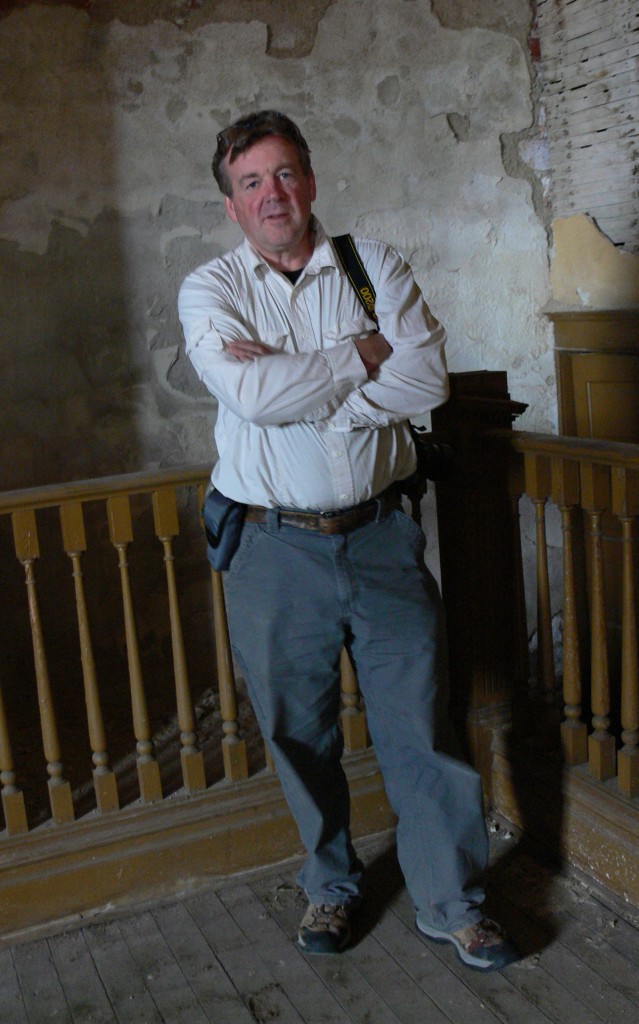 Roddy MacInnes has traveled to the Dakotas often since he discovered Nina Weiste’s photographs. Photo by Ken Schmierer

When a professor of photography stumbled upon a couple albums of photographs in the display cases of an antique mall, he felt a tug at his heartstrings. These two albums were pieces of a previous lifetime. Haunting and elusive, they clung to his memory like the dust of time.

The timeless photos captured a young woman and a place that Roddy MacInnes, a Scottish national living in Louisville, Colo., thanks to his teaching job at the University of Denver, did not recognize. Yet he could feel some mystical magnetic pull to discover their secrets.

In the days when the photos were taken, cameras were expensive, and getting prints developed was not cheap. Not everyone could afford to be a photographer or have candid photos taken without a significant life event to justify the expense. These photos, however, depicted everyday moments.

Wheatridge, Colo., is a far cry from North Dakota, and Roddy MacInnes had never been to the “land of the Wind Chill Factor.” But it seemed the ghost of Nina was calling him to come home.

“After looking at the photographs for many years, the people and places became familiar to me,” MacInnes said. “As a result of that, when I first traveled to North Dakota looking for ways to develop a photography project in response to her albums, I had an uncanny feeling that I was coming home. I assumed that the project would be short-term. However, I’ve now been working on it for over 10 years, and there’s no end in sight. I learned that Nina made her photographs while she was earning her teacher’s training qualification at the State Normal and Industrial School in Ellendale, North Dakota. I gave the project the title ‘Jim River.’ Had Nina not labeled one of her photographs so, I would have never found my way to North Dakota, and consequently the project would not have existed.” 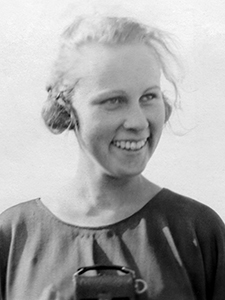 MacInnes discovered that through photography Nina Weiste was celebrating her independence, her friendships, the vivid adventures she shared with her friends and the drama of living life.

“As a consequence of finding these fragments of her photographic record, a consequence she could never have anticipated, I now have a large extended family in North and South Dakota,” MacInnes writes. “Although Nina is dead, and I never met her, a mysterious sensation persists within my imagination that this project was meant to be and that Nina is directing the outcome.”

MacInnes came to the Dakotas to discover the essence of Nina Weiste and found a second family. His initial intention was to address why we have a need to create a visual record of our lives and what role that plays in our ultimate identity. Roddy wanted to spend time in Weiste’s world, but of course he could not go back in time. So he did the next best thing and tried to capture the themes that she had explored, only several generations removed.

“I attempted to see what I imagined she would have seen,” MacInnes said, “and to convey that through a more constructed photographic style with my own images. I also photographed the people who now occupy Nina’s landscape, and I have tried to understand how the landscape and people have changed, or have not changed.”

Out of this adventure in the Dakotas the Jim River Project was born, a photographic exhibition using photographs by both Weiste and MacInnes in an attempt to create a time and space relationship to the past and future and help his audience discover at least part of what he unearthed in Wheatridge that afternoon when Nina Weiste found him.

“Nina’s reality, constructed from her photographs, I see that it is more similar to my own than it is different. The particulars are not the same but the general is very familiar,” MacInnes said. “Even though I have never met Nina Weiste, we are intimately connected. Nina died in 1983. I have limited information about her life between 1917 and 1983, except that she became an elementary school teacher in Yuma, Colo., before marrying and moving to Pueblo, Colo. Her only child Jean died in Denver in 1993.  That was the year I purchased her mother’s albums.”

MacInnes has taken the Jim River exhibition, a series of some 60 or more photographs, throughout the United States and now is turning it into a book project. The book includes letters sent from him to Nina. Yes, she died 31 years ago and MacInnes never met her, but she lives on in their photographs.

MacInnes comes to Ellendale regularly and spends time with friends he has met in Frederick, Oakes, Guelph and Ellendale, all thanks to Nina Weiste.

MacInnes’ and Weiste’s fans will be looking forward to the book and to a return of the “Jim River” exhibition to the area in the near future.

Ken Schmierer is a writer and photographer who returned to Ellendale to retire after spending his working years elsewhere. He sends out a regular email about interesting things going on in the town. Contact him at kschm1965@drtel.net. 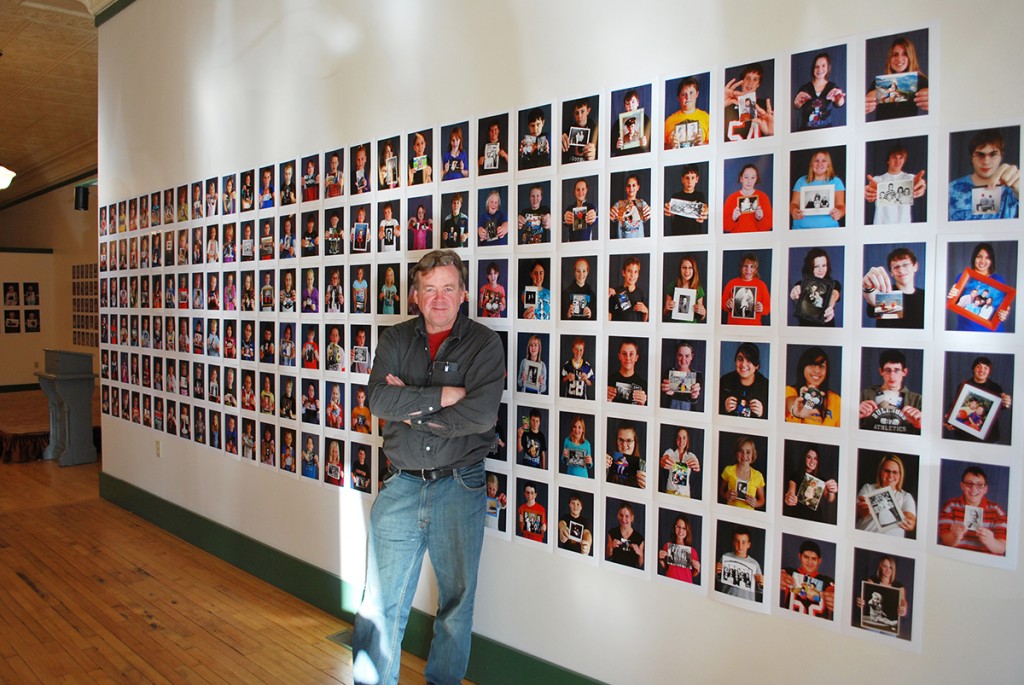 Roddy MacInnes says he had “a nontraditional and circuitous route to higher education.” He was a merchant seaman, a fur trader, a bush pilot and a mineral prospector. Before pursuing his undergraduate degree in photography, he had been producing documentation of his adventures via the camera for 25 years. Here, he stands in front of a photography exhibit in which he took photos of area schoolchildren holding family photos that meant something to them. Photo by Ken Schmierer

In each issue of Dakotafire, we feature a “Postcard”—a short, evocative story about an event, person or place, written as if you were telling the story to a friend. Some ideas: hunting stories, the highlight of a big basketball game, or a moment in history. Story must have a photo to accompany it. Digital images (a minimum of 1000 pixels wide) are preferred; you can also send a photo by mail.