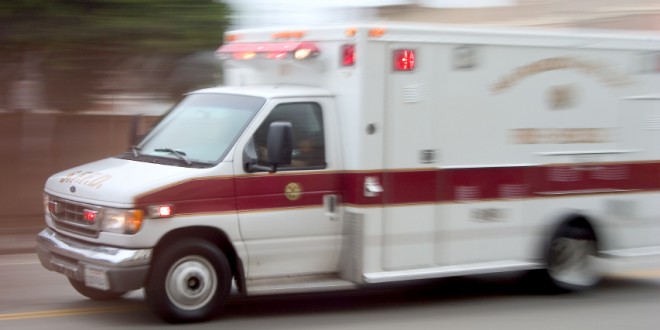 Online EMT course may soon be tested in Faulkton

As ambulance departments across the rural Dakotas struggle to find enough volunteers, the director of the Faulk County Ambulance has an idea to make it easier for people to serve: Let them complete much of the training required online on their own time, instead of requiring that they travel to a bigger town to take the necessary classes. 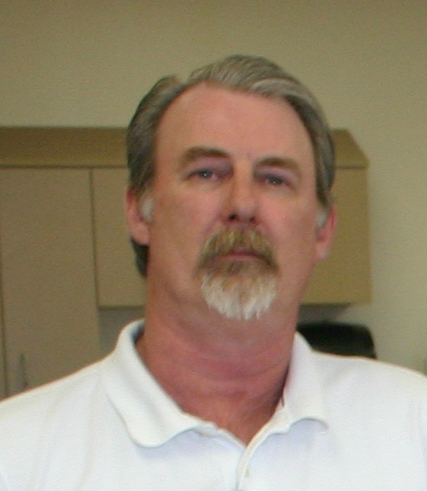 Last Thursday, Tom Hericks, who also is director of nursing at Faulk County Medical Center, met with other members of District 4 of the South Dakota Emergency Medical Technicians Association (SDEMTA) to work out details for an online EMT training course.

On Oct. 25, their proposal will go before the SDEMTA executive board for approval, Hericks said. “If they do approve it, the Faulkton Area Medical Center will be the beta site for the first-ever EMT online certification in South Dakota.”

Finding enough people to serve on ambulance crews is a constant concern in rural communities.

“We do not have enough volunteers,” Hericks said. “Staffing is always an issue. There are a few dedicated people who devote a significant part of their time to be able to provide the ambulance service to the surrounding area. Burnout is always an issue.”

For an ambulance service to maintain its license, two people have to be on call 24/7. Some towns, like Clark and Britton, have adequate numbers on their roster, but few people available to respond to emergencies during the day.

“Daytime jobs get in the way,” said Laurel Behnke, director of the Marshall County Ambulance. “They don’t want to leave because they can earn more at their place of work, or the employer doesn’t want them to leave.”

The Gackle Ambulance currently has enough volunteers (though they would welcome more), but that’s not always been the case, according to squad leader James Owen. “There have been three separate times where staffing was at a critical low and options to discontinue or merge with another service were considered,” he said. A partnership with Medina was in the works a few years ago but not finalized due to legalities. The service has been able to continue since then by bringing in outside help, which is hard to find since other towns struggle with low numbers also.

People commuting to work elsewhere, the aging of rural communities and the business of people’s lives are some of the reasons for the lack of volunteers, Owen said.

But perhaps the biggest deterrent for volunteers is the big hurdle they have to jump before they can be EMTs: Hours of training. In North Dakota, a minimum of 150 hours are required (the requirement is based on competency of the material covered, so some students may require 190 hours); in South Dakota, the training requirement is a minimum of 186 hours. 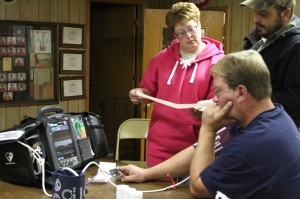 Members of Gackle Ambulance learn how to use a new EKG purchased with Mission Lifeline grant funding. South Dakota went through this program previously, and it is now being introduced in North Dakota. Pictured are, standing, Tammy Koenig and James Owen, and seated, George Koenig. Ongoing training for ambulance crews is often done in rural communities; a new proposal would encourage more online training for basic EMT skills, which would reduce the need to drive to a larger community for training. Photo by Tri-County News.

EMTs also have to do ongoing training to keep their certification. “With how busy everyone is, it is harder to find someone who can take the extra time to get certified and go through the process of keeping their certification,” said Pam Grensberg, Clark County ambulance administrator. “One must work 30 hours every two years to keep their EMT license.”

Currently, those courses have to be taken wherever they are offered, which is a greater burden for rural residents.

“In Faulkton … anyone who wants to be an EMT on our ambulance service has to go to, say, Aberdeen for his or her training,” Hericks explained. “They hold classes every Tuesday and Wednesday night from 6 to 10 p.m. Well, for anyone from our area, that class is actually from about 5 to 11 p.m., since we have two hours of driving time to tack on. You can only miss, say, two classes or so, or you fail. That’s one heck of a commitment in time and monetary resources for only being paid $1.55 per hour to be on call for an emergency. That’s just not realistic.”

These hours requirements, as well as the knowledge and skills expected of EMTs, have increased significantly in recent decades. This means that if an emergency happens in a rural place, the people responding are likely to be much more qualified to help than they used to be—but if there aren’t enough people available to respond, there may come a time when no help comes.

Last weekend, the Faulk County Ambulance received a call to take a patient to Aberdeen. They had the required number of people to make the trip, but no extra; finding people to be on call over the weekend is often difficult. They had just crossed back into Faulk County when another call came in. If it had come in much earlier, there wouldn’t have been anyone available to respond.

This is only one of the many close calls they’ve had.

“It hasn’t happened yet, but there will come a day when we’ll be stretched too thin, and we won’t have an ambulance crew available,” Hericks said.

A more convenient option for training

That’s the reason Hericks and others in the SDEMTA are pushing for online EMT training courses.

“You can get a doctorate online,” he said. “I know plenty of people who’ve got their nursing degrees with online coursework. So if you can do those things, why can’t we have our EMTs do the same thing?”

The advantage of an online course is that people can fit the training into their own schedules, doing coursework at whatever time of day is most convenient, Herrick said.

For parts of the course that require in-person attendance, instructors could be brought to the students, or the students could travel for one or two sessions. “It will be much easier to get people to maybe one or two events, rather than have to cram it all into several weekly hours of mandatory-attendance classroom coursework,” he said.

Pending approval from the SDEMTA executive board, the trial run of EMT certification and licensing will be tried in Faulk County. Hericks said he and the District 4 committee are confident of board approval.

“If all goes according to plan the success or failure of this project is on the shoulders of the Faulk County Ambulance, so no pressure here,” Herrick said.

A program in North Dakota that allows current EMTs to take some portions of their re-certification course online shows there might be some bumps in the road for an online class. An instructor of that class said those taking the course online had more trouble passing the test than those who had minimal online segments and more hands-on time. Keeping the online course interactive enough to keep distance learners engaged will be part of the challenge for instructors.

But if it works, and more people are willing to serve as EMTs as a result, taking advantage of technology may well save lives.

Correction: This story was updated on Oct. 23 to reflect a better description of the number of training hours required in North Dakota.

See our story about the challenges in recruiting enough volunteer firefighters here.