No Time to Lose For Faulk County 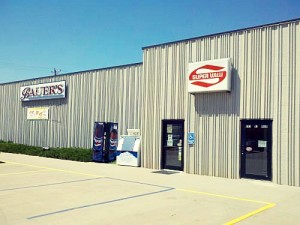 The population numbers for Faulk County haven’t been good for almost the whole of the last century.

“The numbers I’ve seen since the 1930 census tell me that the population has steadily decreased since then,” said Joel Price, superintendent of the Faulkton Area Schools and also the Chairman of the Faulkton Area Development Corporation Board. “Back then the population was at about 5,500, and at the next census, and almost every census after that, the numbers went down about 10 percent each ten-year period. That means (the school has) lost about two major family groups or so every decade.”

“If things continue this way, and factoring in the deaths of the current aging population, we could have 2,000 or less total population countywide and less than 700 people in town by 2020,” he said.

Price said that though population figures for school-age children are more or less steady for now, they too have been in steady decline.

“Then we have what I and many others call the brain drain,” he said. “We work hard to educate these wonderful young people, people who enrich our lives on a daily basis, and then they leave.”

According to the census data, people from the age of 20 to 44 years of age are the smallest population minority in Faulk County. The median age of the county is 46.9 years old. That means, generally, that most people in the county are over 45 years in age and that there aren’t enough younger people to fill their shoes as they get older.

“Certainly the young people leave for many reasons,” Price said. “Some of it is that they want to sow their wild oats and get out and do other things in other places, and sometimes when they discover that they don’t like the bustle of the traffic or the crime of the big city they’ll come back. But many leave simply because they can’t stay. The simple fact is that inviting our young people to come back isn’t enough when we don’t have something for them to do. They can’t eat the scenery. To get students to stay we need to provide them with employment options that fit their interests and skill sets and can pay them for their work. And that means strong economic development at a local level.”

Price said that there are good indications of that happening at a local level, and that there certainly are examples of younger people taking positions of authority and responsibility in the community.

Husband and wife Jerod and Lisa Raethz, both in their 30s, are the city maintenance and finance officer, respectively. City council members Slade Roseland and David Hadrick are also in their 30s. David Hadrick’s spouse, pharmacist Trish Hadrick, took over as the chief pharmacist for Faulkton Drug in November 2008. Down the street, Sonny Law took over as owner and renamed Vogels Auto Service to Sonny’s Auto in June 2010. Jim and Maggie Bauer of Bauer’s Super Valu handed over their business to son Randy and wife Trintje Bauer in January 2011.

“The big key to true economic development,” said Price, “is supporting the growth of the businesses that we already have. If we can increase the amount of business they get, if every business in Faulk County grew significantly enough that they had to hire an additional full-time employee, those people would bring in or create their own families, add to the school numbers, and generally increase our economic growth. Investing in local businesses that are already established is the key because they have already made a long-term commitment to the community. It sounds real simple, but the devil is in the details here.”

Recent improvements to the Faulkton’s infrastructure such as the new hospital’s construction and a major city water project to improve service are good indicators that growth in Faulkton is possible, but Price said more needs to happen countywide, and that even a part-time county economic development staff member would help a great deal, as a volunteer economic development organization can only do so much.

“The iron is red hot right now, and we need to strike it or in a decade we’ll wish we had,” he said.

2012-04-30
Faulk County Record
Share !
Previous: Groton is Growing, and Support of Youth is One Factor
Next: SLIDESHOW: Filling in the Map: A look at how the James River Valley was settled, 1850s-1930s
Scroll To Top