Don’t ask for permission to create the city you want to live in from your mayor or a developer. Just do it.

I’ve read a lot of articles recently about the death of small towns and the death of downtowns and the leadership gap and generational issues. All of these are real concerns, but what these articles don’t have is a call to action. I believe in taking an active role in creating the community I want to live in and am excited to let you know what we’ve started in Aberdeen and to give you the opportunity to participate in creating that vibrant small town or downtown where leaders are everywhere and of every age. It’s called StartHUB.

I moved to Aberdeen, S.D., for a job in May 2013 from a city after nearly grinding my teeth to a bloody pulp in standstill traffic everyday. Despite the use of the term “pop” instead of “soda,” and the lack of a Dunkin’ Donuts, I fell in love. In five months, I owned a home, which I love every inch of and would never have been able to afford back east, and adopted a dog. I’m staying put. 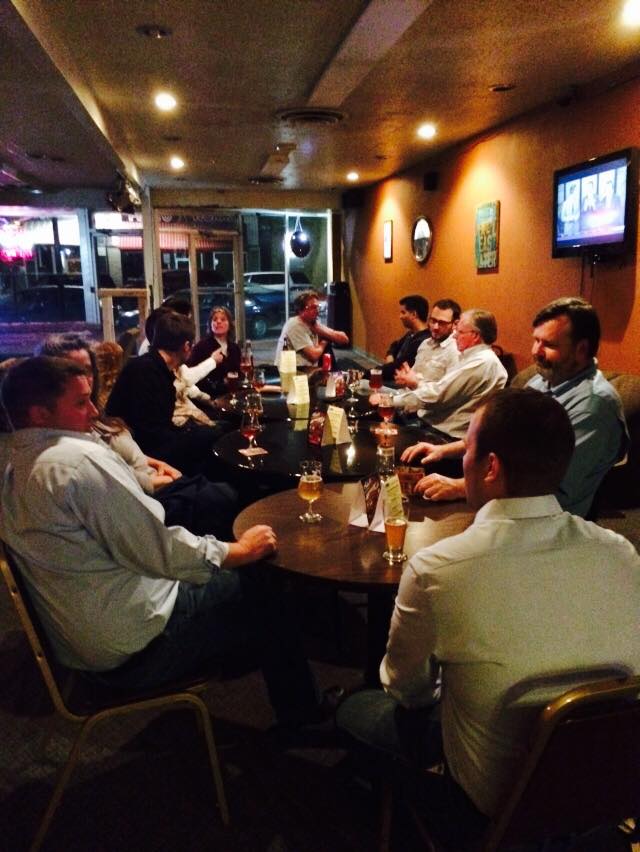 My job took me up to Fargo for an event called One Million Cups, or 1MC as it has become known. 1MC is a brainchild of the Ewing Marion Kauffman Foundation—essentially a format for celebrating and supporting entrepreneurship in cities across the country. At 9 a.m. Wednesday in 70 cities across the nation, two entrepreneurs have six minutes to talk about their business, what’s going well, what they are struggling with, etc., and then 20 minutes each for a question- and-answer period. All of this over (free) cups of coffee.

It may have been the coffee surging through my veins, but I was hooked! There was so much passion and excitement in this one hourlong session in a community very much like Aberdeen. Just to give you an idea of how passionate this group is, I’m stealing a line from Scott Meyer’s speech at TedX Fargo: “When you participate in your community, you make it a better place. Secondly, when you improve your community, it actually improves your work. And last, when you work for your community, you have the greatest impact in the world.”

Since then, Fargo has gone on to hold the record for largest attendance (365 people) for a 1MC city, and it averages 150 attendees every week! Now, this is a big commitment, every week to get two speakers, but my travel buddy and I were determined to find a way to make this work in Aberdeen. I should mention that my travel buddy was a Northern State University junior business student and the goal for this road trip was to find a way to get more of our university students to stay in Aberdeen after they graduate.

Unfortunately, many local college graduates don’t see a lot of opportunity in Aberdeen.
I took cues from Fargo, Brookings, Sioux Falls, Yankton, and the latest organization to pop up in Watertown, to let young people, especially students, know that they don’t have to move away to larger cities to implement their great ideas. They can create what they want in their own backyard.

So we founded StartHUB. The purpose of StartHUB is to knock down barriers to entry for entrepreneurs of any age and skill. We want people to test their ideas and feel like they have their community’s support in success and failure, and if we can help them avoid that failure, even better.

Our kick-off event in September was a Midnight Brunch. At 10 p.m. on a Thursday, we got 50+ entrepreneurs and entrepreneurial supporters in a room with free food and wine and mingled with no agenda until a toast at midnight.

Some of the people in the room were seasoned investors with 30+ years of experience and were just interested in what the next generation was interested in creating. Some were service providers who work on economic development and could provide entrepreneurs with professional help in getting their idea off the ground, and there were plenty of people in the room in one stage or another of a startup—some were even college students who just knew they wanted to start something but didn’t have an idea what they were passionate about yet. So no agenda; the only rule was talk to as many people as you could.

With the success of the Midnight Brunch, StartHUB now holds weekly meetings at a bar in downtown Aberdeen at 8 p.m. on Thursdays—just late enough to get the kids to bed, but still early enough to catch the “early to bed” crowd. Many of the meetings have a speaker talk about their business. We’ve had a game developer, a photographer, a gun safety educator, a custom motorcycle builder, and even a guy who created ski bikes.

The best part of the evening is always the question-and-answer portion. Many times, the entrepreneur has been heads down working out of the metaphorical basement for months or even years and hasn’t had an opportunity to get some much-needed feedback. That’s what StartHUB Drinks is all about: a chance to see your industry or your product from the customer’s perspective and build some great relationships in the process.

We’ve seen marked improvement and success from many speakers, and all of them have praised the experience. Recently, two of our regulars have even decided to go into business together and open a café/wine bar on Main Street. (One of them is me.)

This is StartHUB’s version of economic development: unauthorized!

So do I miss the big city? Not at all! I’ve got plenty to keep me busy here, and I’m excited and enthusiastic about creating a cool place to live.

Liz Hannum is coordinator for the Center for Excellence in International Business and Entrepreneurship at Northern State University.

communities PIE Prairie Idea Exchange StartHUB 2015-06-01
Liz Hannum
Share !
Previous: Where is a great Main Street, and what makes it awesome?
Next: Postcard: Growing up in the hotel on the corner of Main
Scroll To Top