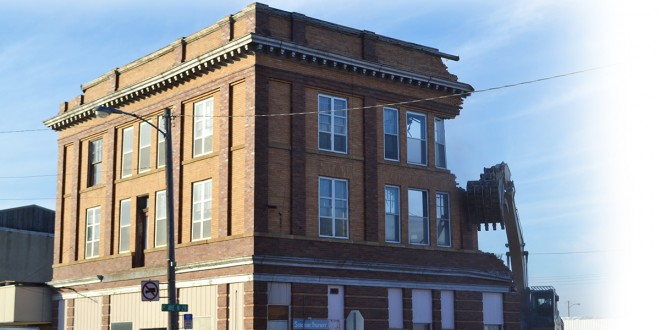 The old hotel building in Ellendale, N.D., was torn down this spring. Photo by Ken Schmierer

Postcard: Growing up in the hotel on the corner of Main 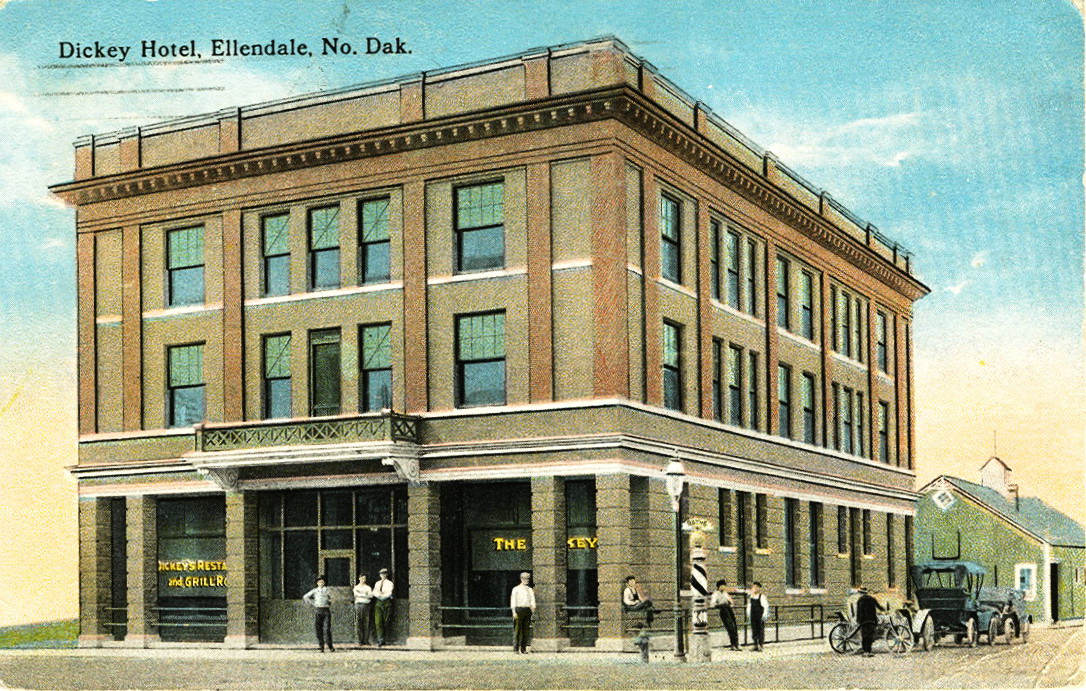 People have asked me if I have any special emotions about the Nodak Café/Hotel in Ellendale being demolished. Things end—tomorrow comes and yesterday fades. Hard to get overly emotional about the end of an inanimate object. History repeats itself … buildings are renovated and restored, or they disappear. Sometimes the demolition people come and remove all vestiges of the history we remember.

The Hotel/Cafe that was on the corner always brought back a flood of memories. When I lived there it was Walt’s Cafe and the Hotel Ellendale. I lived there for eight of my most formative years. It is not a leap of faith to say whatever it is I am, I started that journey there in the Hotel/Cafe on the corner of Main Street. You could say I have something in common with Paris Hilton, as we both grew up in hotels owned by our parents. I guess that makes me the Paris Hilton of North Dakota.

I had my own room on the second floor. My family had an apartment on the main floor next to the cafe and behind the hotel lobby. Room 25 wasn’t exactly a penthouse, although it was only one floor from the top of one of the few skyscrapers in town.  Ellendale wasn’t New York and my friends were not the rich, famous and beautiful people. They weren’t the debutantes and the politically well-connected. I will admit, Carol Redlin and Mary Susan Kee were politically connected, but there were no debutante balls in North Dakota. We had “The Queen of the Furrow” beauty contest, sponsored by some plow manufacturer trying to reward some farmer’s daughter. I thought the girls in my social circle were every bit as beautiful as any debutante and more than wonderful … but when you have never been off the farm … well, you know how that goes. 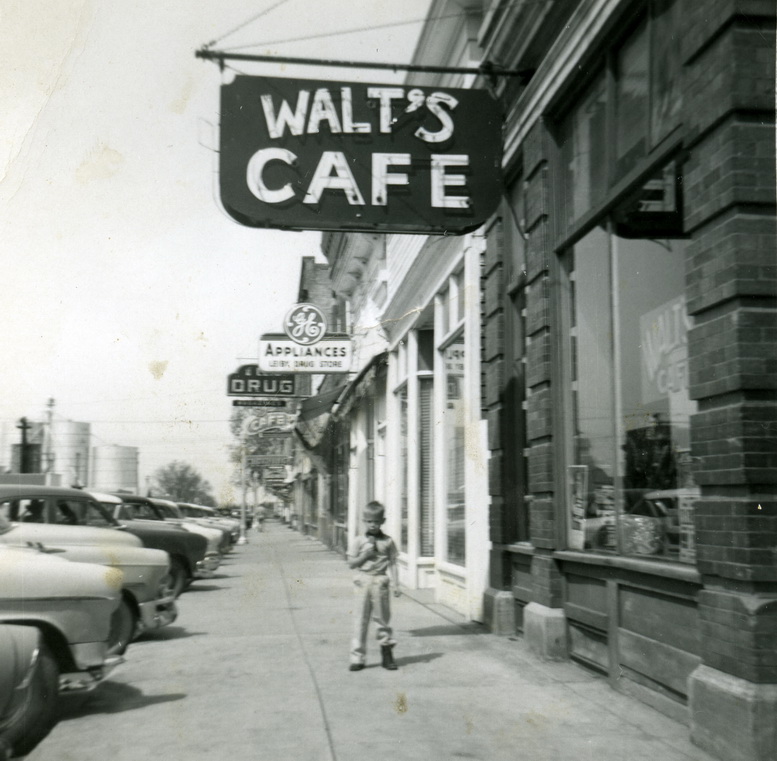 Walt’s Cafe and the Hotel Ellendale was selected by Travel Host as one of the 5,000 best facilities in the United States. Yes, it true, we had to purchase an ad in the book to earn that status. You have to take the honors, however they come.

I was allowed to order whatever I wanted whenever I wanted. My favorite dinner was four pieces of buttered toast and a double scoop of mashed potatoes with butter and no gravy. When I wanted to win friends and influence people, I would invite them over to the Hotel/Café, and we would order up heaping plates of french fries and as many cokes as we could drink. “If you want good friends you are going to have to buy them.” And nothing spoke louder than those plates of fresh french fries and unlimited Cokes.

Hotel rooms in the big cities now go for $200 or more a night.  I can tell you what we charged at the Hotel Ellendale in 1960: $2 a night! If you wanted a bath in your room, you would have to fork over $3, and you better get there early as we only had five of those rooms. For your $2 you got a sink in your room along with a community lavatory in the middle of each floor. No sink in that communal facility—just something they called a throne.

Marie Anderson was the chamber maid. I don’t know what a real chamber maid is, but Marie would come into my room and make the bed at 9 a.m. whether I was up or not. One of the reasons I was installed in that particular room was that the laundry chute for the floor was in it. Marie came in with the used bedding and towels each morning and tossed them down the chute to the laundry room. A paying customer probably would not have been willing to suffer that indignity.

The basement of the hotel was my very own private Disneyland. Giant rooms, dark rooms, scary rooms, rooms that were never opened, even a food pantry! One room had giant fans at each end with no protective cage around them. Exposed blades. This was the drying room where they hung the sheets and turned on the fans. I guess that was before OSHA? It was great fun to turn up those fans and walk around the room as if we were in our very own hurricane. I sometimes threatened to throw my little sister into the fan if she didn’t leave me alone. Maybe the most fun I had was to trick her into going into that room and then turn on the fans and scare the wits out of her.

Often I would gather a few friends to play hide and seek. I knew all the really good hiding places down in that dark, dank, dungy basement. The best hiding place was inside the laundry chute, where I could prop myself up above the opening. No one could find me. But the hiding place had one flaw—all the laundry in the hotel came down that chute.

My mother had babies faster than I could get rid of them in the drying room, so it seemed like we always had one old enough to torment me and another one in diapers. One day a disaster occurred that ended my use of the laundry chute and scarred me for life. I was perched up in the chute and the door opened and down came a plastic bag, splat, right on my head and burst open. It was full of my baby sister’s diapers. Dirty diapers! Very dirty diapers! There was diaper stuff all over me.

I have always wondered if that diaper stuff has anything to do with my baldness.

I guess I will miss the great old days growing up in the hotel. The building is now gone, but I still have all those memories and plenty more. They will be with me at least until I come tumbling down like the old hotel.

Ken Schmierer is a writer and photographer who returned to Ellendale to retire after spending his working years elsewhere. He sends out a regular email about
interesting things going on in the town. Contact him at kschm1965@drtel.net.

Send Us Your Postcard

Ellendale Ken Schmierer main street postcard 2015-07-01
Ken Schmierer
Share !
Previous: What does it take to have a successful business in a small town?
Next: The community-building potential of local food
Scroll To Top