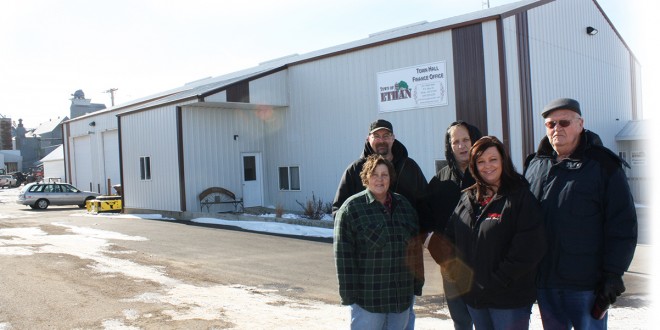 The town of Ethan has made its home inside what once was the state’s oldest cheese factory, saving the historic icon. Pictured are, from left, front row, former Ethan town board member Nancy Schoenfelder and Finance Officer Sonya Hespe; and back row, Public Works Director Brett Scott, board member Dale Mienke and former board member George Puetz. Photos by Wendy Royston 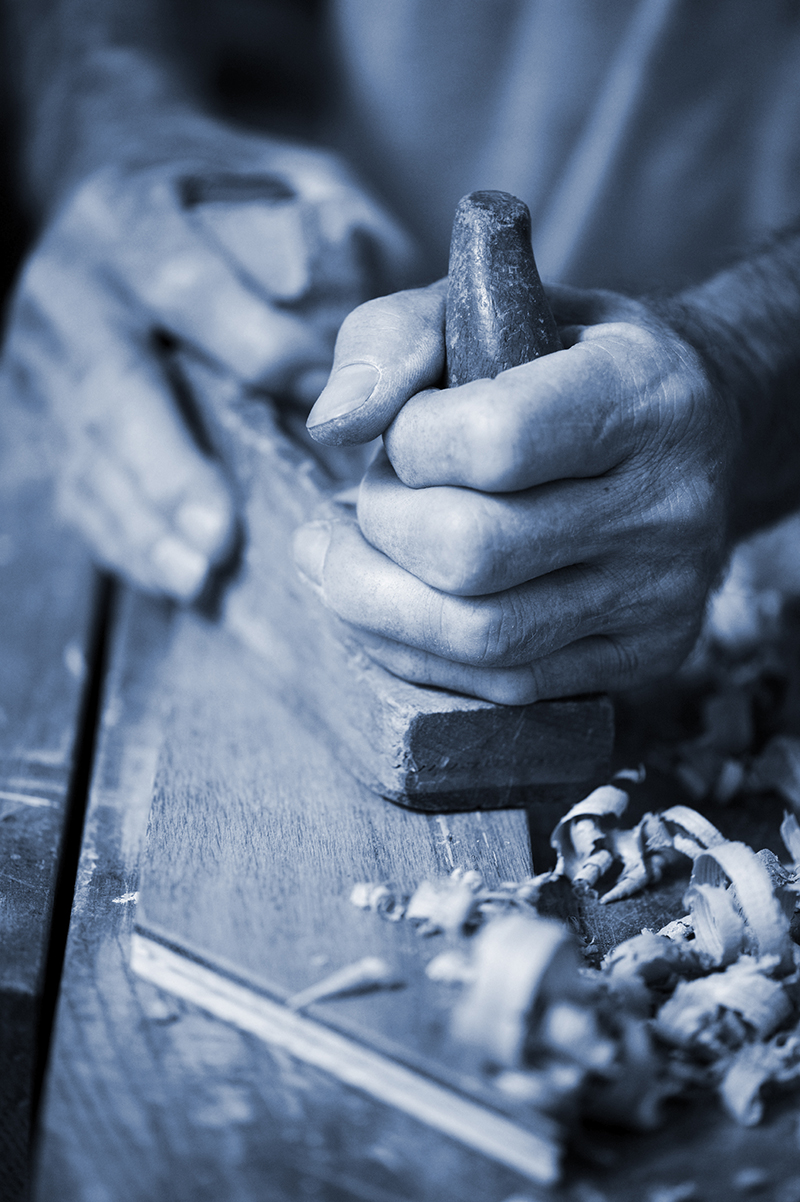 BUILT CAPITAL:
The infrastructure that supports a community, including buildings, streets, water and sewer systems, telecommunications and industrial parks.

Over the past few years, the town of Ethan, S.D., has come together to build its future on preserving its past.

The state’s oldest cheese factory stirred its final vat of curds in the community of 330 in the mid-1990s and sat quietly for about 20 years before the building was remodeled into Ethan’s first designated town hall.

“We took an area that … was hindering the town, and now it benefits the town,” public works director Brett Scott said. “If that whole process wouldn’t have started when it started … this building, today, would be on our tear-down list.”

The original cheese factory was constructed in the late 1920s and underwent a series of additions prior to its closing. As it deteriorated at the end of Main Street, pieces of siding blowing off with heavy winds, the town’s government operated out of a rolltop desk and a 12-square-foot closet inside the fire hall, two blocks away, and Scott did his work out of a single-stall shed in between. Both the town and the fire department were experiencing growing pains, so the town rented space from a local plumber, and the fire department expanded. The town finance office remained in that space for two years while the town’s leaders explored options for the future.

“It was inevitable that we had to do something. We just didn’t know what that would be,” Scott said.

The town purchased a vacant lot near the cheese factory building, and discussions began about building a town hall and/or community center. Project estimates ranged from $200,000 to $400,000, and the unknowns of the early plans had the small town reeling with rumors.

“They were afraid their taxes would go up,” said Nancy Schoenfelder, who was a member of both the Ethan Rural Fire Board and the Ethan Town Council at the time.

Lifetime Ethan resident George Puetz was determined to prevent that from happening.

A retired mail carrier with carpentry experience, Puetz said he mused about how the town could save money on the project when his son suggested renovating the dilapidated cheese factory building. Puetz drew up an initial proposal and gathered estimates for the work that would need to be done, presented it to the town board in March 2011 and joined the board, which had two vacancies at the time, that night.

Puetz told the board he believed the project could be completed for $150,000, but the board—and the community—were skeptical.

“I saw two factions in town,” said Puetz. “One was the part that knew we needed something, and the other … failed to see solutions.”

The retiree was committed to providing a better shop for town maintenance purposes, and spent countless hours negotiating $85,000 worth of liens on the building from 15 creditors down to less than $50,000.

“If I couldn’t get those liens cleaned up … I couldn’t sell (the idea) to the people of Ethan,” said Puetz.

Once that was done, discussions really began about purchasing and renovating of the former cheese factory. But the board and the community at large still were split.

Originally, Puetz wanted to save the entire building, but other members of the board saw the original building as a liability. It had deteriorated significantly in the two years spent discussing the project.

“We had two wet years in a row, and it deteriorated quicker than anyone could have predicted,” Scott said.

The original cheese factory was demolished. In the more structurally sound additions, the former cheese cooler was converted to a council chambers, maintenance and finance offices, a file room and a restroom on the north end of the building’s additions, while the southern addition houses the town’s maintenance equipment and opened in 2013. Remodeling totaled $100,000, putting the entire project in line with Puetz’s initial estimates, and the 1,200-square-foot middle section eventually became home to the community’s historical society, which plans to open a small museum later this year. (See related story.)

“Everything that was done was done with that year’s budget,” said Scott. “We didn’t borrow any money for any aspect of this project (or raise taxes).”

Schoenfelder, who preferred to construct a new facility, said she could see Puetz’s vision, but was in the dissenting portion of the final 3-2 vote for the purchase and renovation of the structure. “It (was) our responsibility as board members and representatives of the taxpayers to make the very best of it,” she said. “If it (was) purchased, we had to make the right choices to … make it happen right.”

And, according to the town’s employees and many residents, the project did “happen right.”

“There’s a bright side to the whole thing,” said Scott. “After the (decision) was in place, the indifference went away, because everybody worked together. … It serves the city well.”

Moving forward, the community is exploring the idea of utilizing yet another building important to Ethan’s ancestry by renovating the former Catholic church building into a community center. Early discussions began in February.

“I don’t think anybody would disagree that a community center would add value to the town,” said Scott.

The problem, according to finance officer Sonya Hespe, comes in funding the needed facility.

“A community center, for a city, is not a moneymaker, so (it would cost) some money,” she said. “Where does that funding come from?”