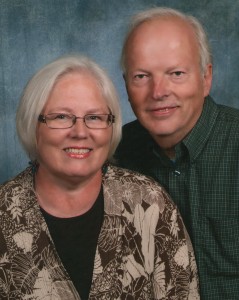 Dwain and Tena Gibson, publishers of the Ipswich Tribune

The newspapers participating in the Dakotafire project are spread across thousands of square miles, and so are our readers. But even if we are not next-door neighbors, we are all in this community-building effort together. To help you get to know your partners in rural revitalization a bit better, we introduce you to one of Dakotafire’s participating newspapers each issue in this regular feature.

This time it’s the Ipswich Tribune, which has a unique arrangement with Dakotafire: The writing for Dakotafire features from Ipswich is done by Laura Ptacek, community development director for the City of Ipswich. This is another creative solution that makes it work for a small-town newspaper to participate in Dakotafire where time and resource constraints wouldn’t otherwise allow it. Thanks to Dwain and Tena Gibson and to Laura Ptacek for their participation!

Q: Tell us a little about your newspaper.

A: The Dakota Tribune began publication in 1883. There has been at least one newspaper in Ipswich since then, under a variety of names. The Dakota Tribune became the Ipswich Tribune. Ipswich also had the Edmunds County Democrat for several years. The publisher, Frank Tracy, was the uncle of actor Spencer Tracy. The newspapers merged in the 1920s. We also publish the Roscoe-Hosmer Independent. Gibson Publishing does printing jobs in the office for local businesses and individuals. A new addition to our printing business has been printing game booklets for fraternal organizations, like the Knights of Columbus, across the country–from Washington to North Carolina.

Q: What is the current circulation?

A: The current circulation is 650 for the Ipswich Tribune and 450 for the Roscoe-Hosmer Independent.

Q: How does your arrangement with Dakotafire work? 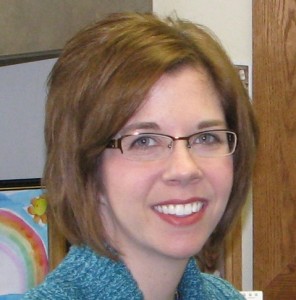 Laura Ptacek, community development director for the City of Ipswich and Dakotafire writer

A: Laura Ptacek found out about Dakotafire and decided that Ipswich needed to be involved. She represents the Ipswich Tribune by attending meetings and phone conferences. She receives the story assignments and submits information for stories from time to time, and she also forwards shared stories to us for publication when time and space allow. We are happy to insert the magazine into our newspaper–what a great way to get the word out about issues that affect our rural communities!

Q: What is interesting or great about your community?

A: Ipswich is rich in history, and played a critical role in the creation of Highway 12, which became known as the Yellowstone Trail. The community also has seven buildings that are listed on the National Registry of Historic Places, which adds to the historical charm of Ipswich. Almost everything you need is available in Ipswich–we have two clinics, a grocery store, chiropractor, dentist, auto body shops, sewing shop, flower shop, nursing home, hair salon… the list of services that the community offers grows year by year. New managers recently took over the fitness center, offering residents high-quality gym services without having to leave town. Three new eating establishments opened this year as well. The schools are a great asset to our community too, giving kids a top-notch education while providing them with an abundance of extra-curricular activities. Many businesses in town are showing their success by renovating or expanding–the public school, grocery store and elevator, just to name a few. We boast a safe, cozy community that is ideal to raise a family, spend your retirement, or just visit!

Q: What is the best part of your job?

A: Being a voice for the community. Documenting the activities of the people as a permanent record of Ipswich. And I (Tena) love photography.

Dakotafire newspaper Ipswich Tribune Meet a Dakotafire Newspaper Winter 2014 2014-01-11
Heidi Marttila-Losure
Share !
Previous: Editorial: In a Good Light
Next: Land of 10,000 Art-Stopping Moments: What We Can Learn from Minnesota
Scroll To Top