Many groups are working to help voters

With absentee voting starting Sept. 23 for the general election, several entities are attempting to increase voter registration and/or turnout. Here are some of the strategies they are using.

Voters can go to the websites of the secretaries of state for both North and South Dakota to find election information. The next step, according to South Dakota Secretary of State Shantel Krebs, is reaching voters where they are with an election app for iOS or Android devices. 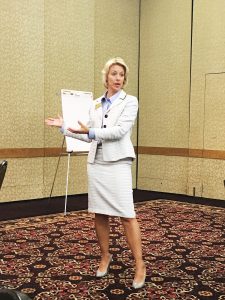 “The majority of South Dakotans own some sort of mobile device,” she said, adding that she’s heard interest in the app from voters of all ages. “On this mobile app you can find your polling place, you can view your sample ballot, you can view your legislative district, you can access the county auditor’s information and (request your) absentee ballot … I think (the app) makes the process more ‘at your fingertips’ and more relevant to today’s society.”

The Vote 605 app is free and available for download at sdsos.gov/
elections-voting/voting/VOTE605.aspx.

“The people who are going to vote should know the people they are voting for,” said Lois Ivers Altenburg, president of the League of Women Voters of North Dakota.

The national LVW was created in 1920 by women who fought for the right to vote. They had been told women were not smart enough nor educated enough to handle the task, so they set about ensuring that all voters were empowered and informed—work that continues today.

One strategy the league uses is hosting candidate meetings. Altenburg said the organization aims to bring candidates and constituents together from the local level all the way up to the congressional level.

“We have had less luck with the top of the ticket, mostly because of scheduling,” she said, so they mostly focus on county and state candidates.

The meetings are covered by local television crews to increase the probability that the average voter will be able to witness the meeting.

The League of Women Voters also organizes meetings to educate voters on ballot measures, and hosts speakers at its monthly meetings in Fargo and Bismarck. In recent years, the league sponsored conversations about local, state and federal childcare policies, as well asl funded studies.

“Some of the agreements we came to through those studies really did change the landscape of childcare in North Dakota,” Ivers Altenburg said.

About 40 years ago, the League of Women Voters began publishing easy-to-read voter’s guides.

“Because it’s technical and has to meet certain rules for format, reading about an initiated measure or a referred measure on the ballot … is difficult for people,” Ivers Altenburg said.

This year’s guide will be published in October, and carried by candidates throughout the state.

Krebs has been active in trying to improve South Dakota’s poor turnout among 18- to 30-year-olds.

Her office sends letters to high school government classes, reminding students to register to vote as soon as they turn 18. And by Election Day, she will have visited dozens of schools, speaking to students about the importance of voting.

When students tell her they aren’t planning on voting, she explains why voting matters to both them and their communities.

“(Voting) on a local level specifically affects you … (your) school system, your roads, your football field, your gas tax,” Krebs said about what she tells the students. “Who decides how much tax is going to be on a can of Coke or on a gallon of gas?”

The main message, she said, is explaining to students how voting relates to them—that through voting, other people are making decisions that affect their lives and their pocketbooks.

She also tells them that individual voters have a lot of power in local elections. In municipal races, a tie vote is determined by a coin toss, or some other form of drawing of lots. And that happened in the Platte mayor’s race in 2015. One voter would have made the difference in that race.

2016-09-17
Wendy Royston
Share !
Previous: Possible, probable, powerful: Three ways to make civic engagement better
Next: We the people … apparently have some work to do
Scroll To Top